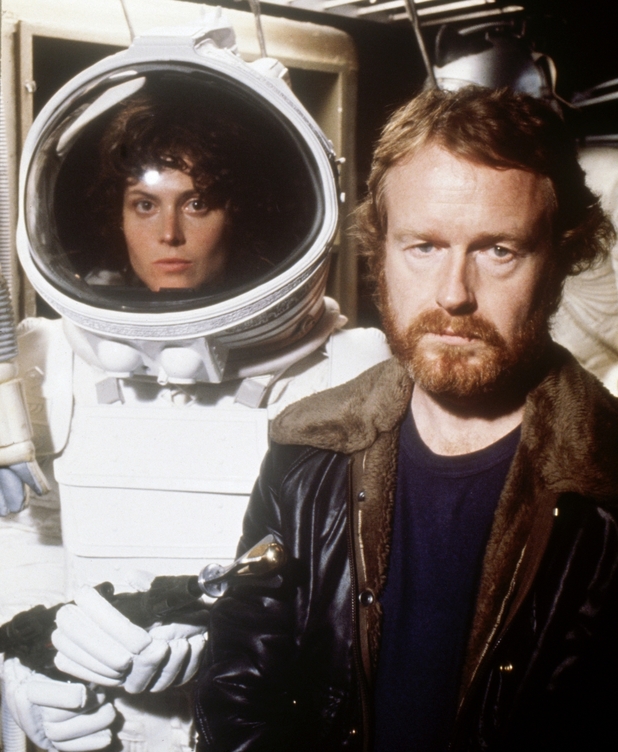 Hard to believe we are nearing the end of 2014 so quickly.  It was an amazing year for many reasons but we have to mention 2 that predominantly stand out for us.  First is we have to thank all the members of the Poster Posse for devoting so much time and passion to each and every one of the projects we launched this year. It’s been an amazing road watching you each grow as artists and your support for each other has been inspiring to say the very least.  Second we want to thank all the fans, websites, magazines, studios, directors, actors, fellow artists, etc. that we have worked with or that have appreciated our art.  There is something extremely gratifying about giving 100% to something and then to have folks respond in kind.  Art is subjective, we get it, and it may not be to everyone’s liking but that is ok.  Criticism, when constructive, is healthy, helpful and allows us to improve, make adjustments and progress. On the flip side, you guys REALLY seem to love our projects and we ABSOLUTELY get that!

Thank you to everyone who checked out PHASE 1 and PHASE 2 over the past few days.  At first we were hesitant to launch an Alien Tribute in December but given the response from fans, it seems you have no problem with the timing. This last batch also has a guest artist appearance as well as another fine selection from Posse regulars.  We encourage you to head down to the comments section to let us know which ones are your favorites not only from this phase but from the entire tribute. 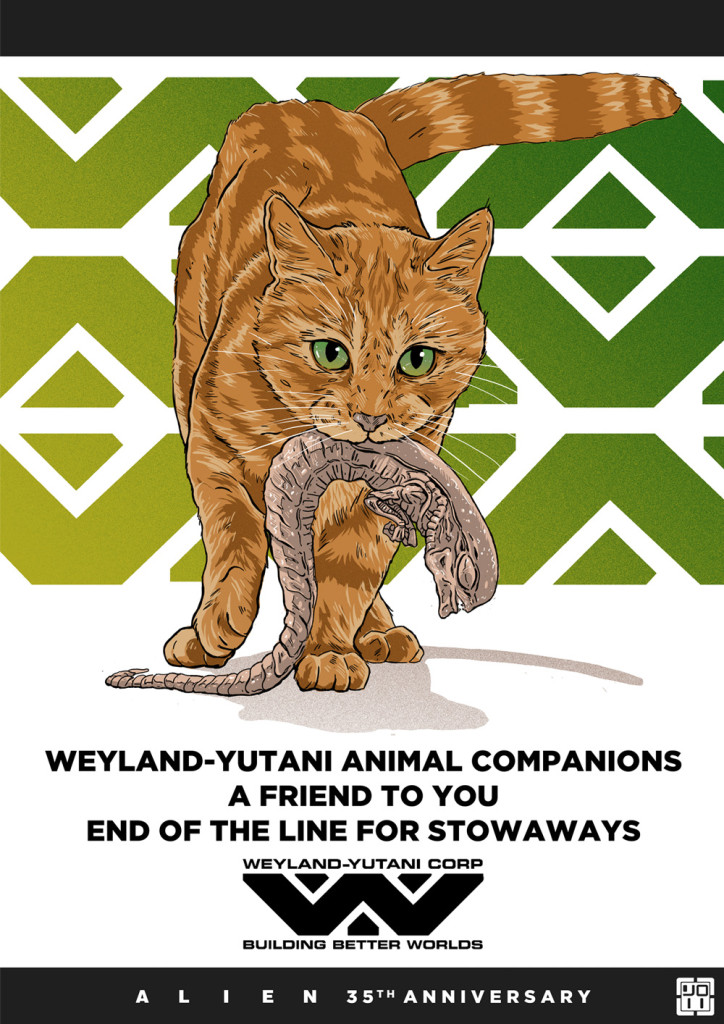 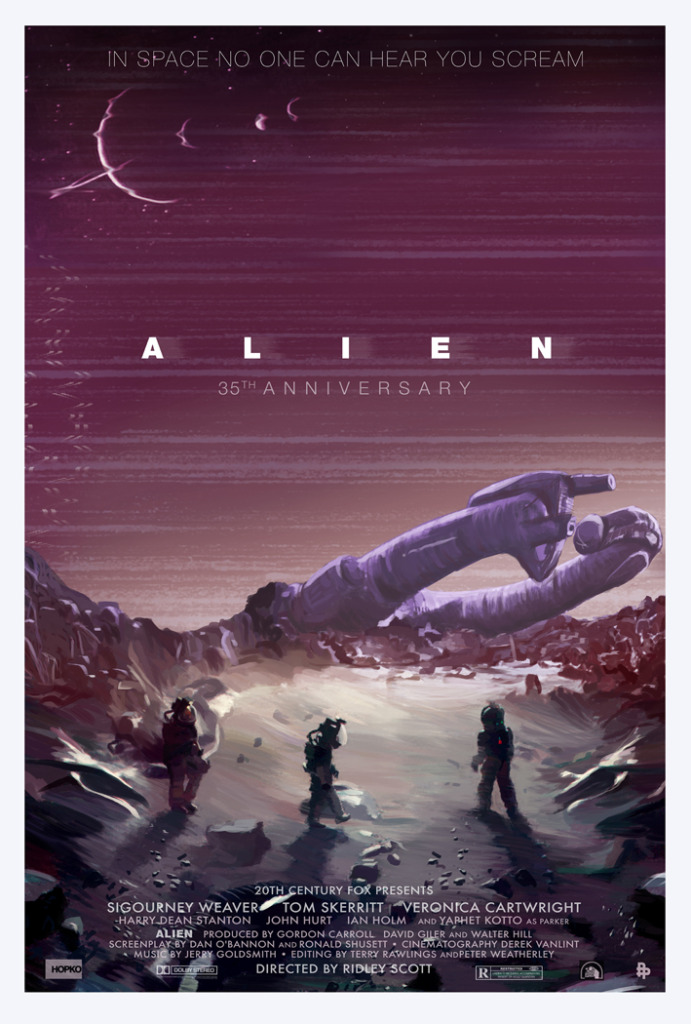 This print is available to PURCHASE HERE in 3 different sizes

Alien is one of my very favourite films. It was the first “X” certificate film I saw at the cinema when it was released in 1979 – I was 14 so it’s also one of those “rights of passage” milestones for me too. I fell in love with the whole design aspect of the film – from the “used future” look of the spacecraft and tech to Giger’s creature and location designs which really did look like something from another universe. I chose this scene because it’s always been one of the most visually striking to me and it’s also that pivotal point of the movie before all hell lets loose for the crew of the Nostromo. I started planning this particular image last December but with one thing and another it never went beyond the rough stage so I was very pleased when it was announced that we’d be putting together a tribute to Alien and I could get to finish it up. – Andrew Swainson 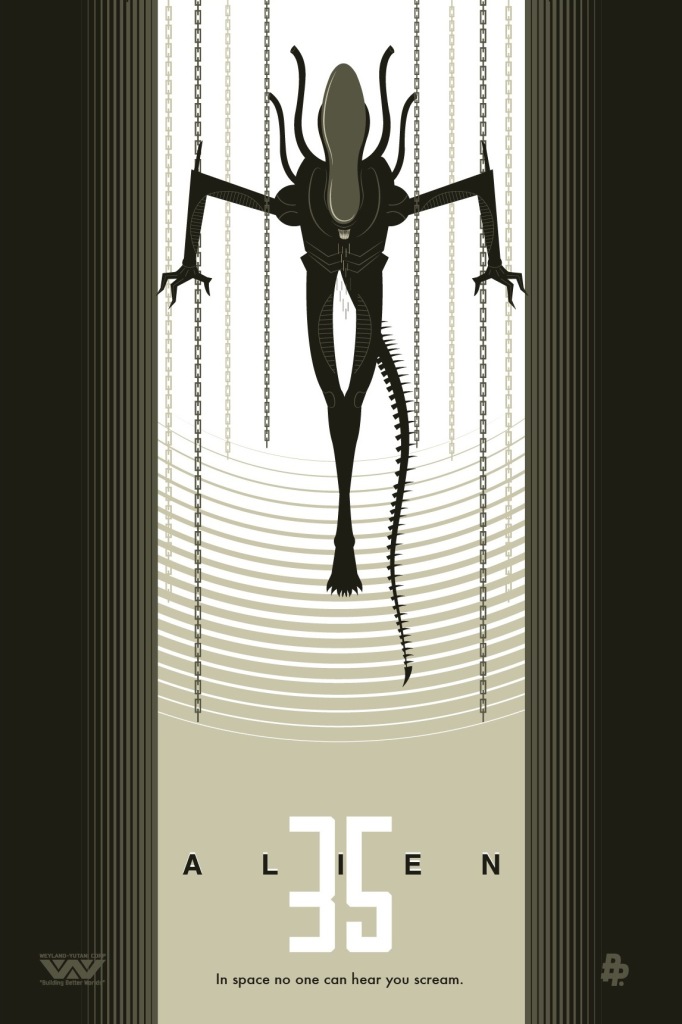 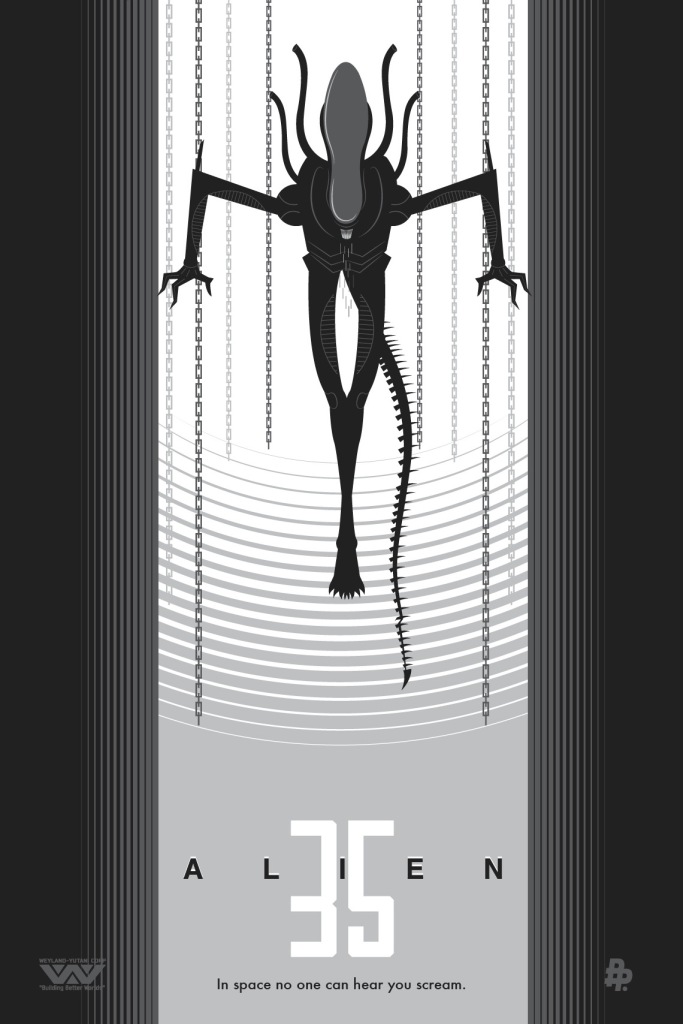 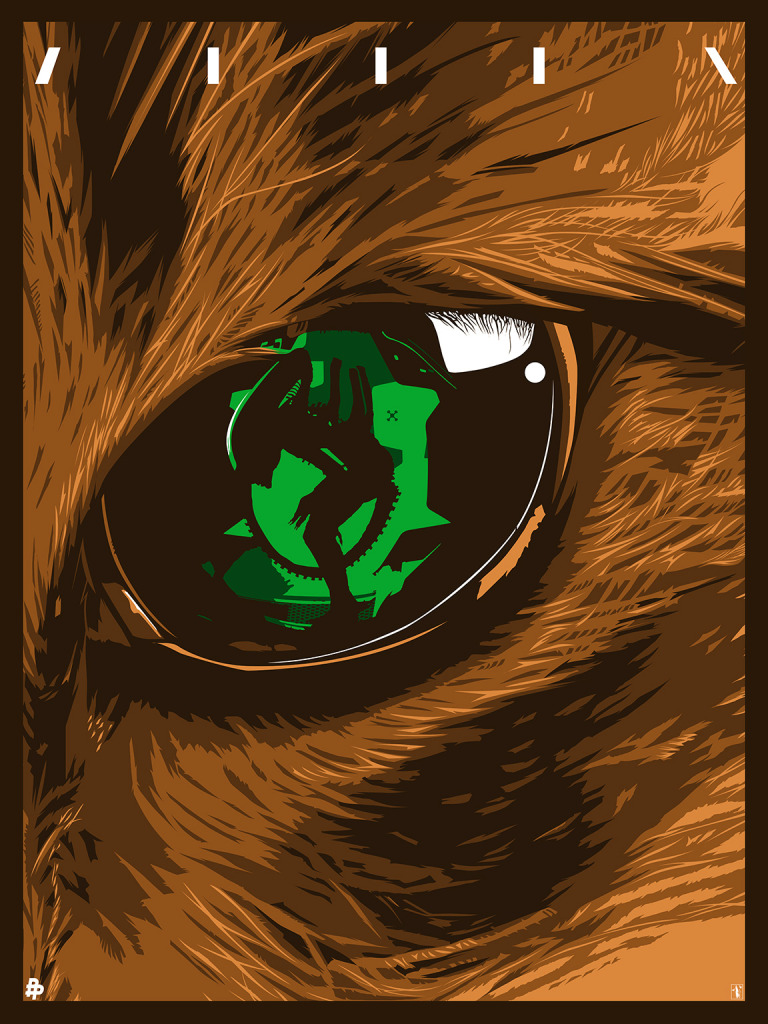 “Alien” by The Dark Inker 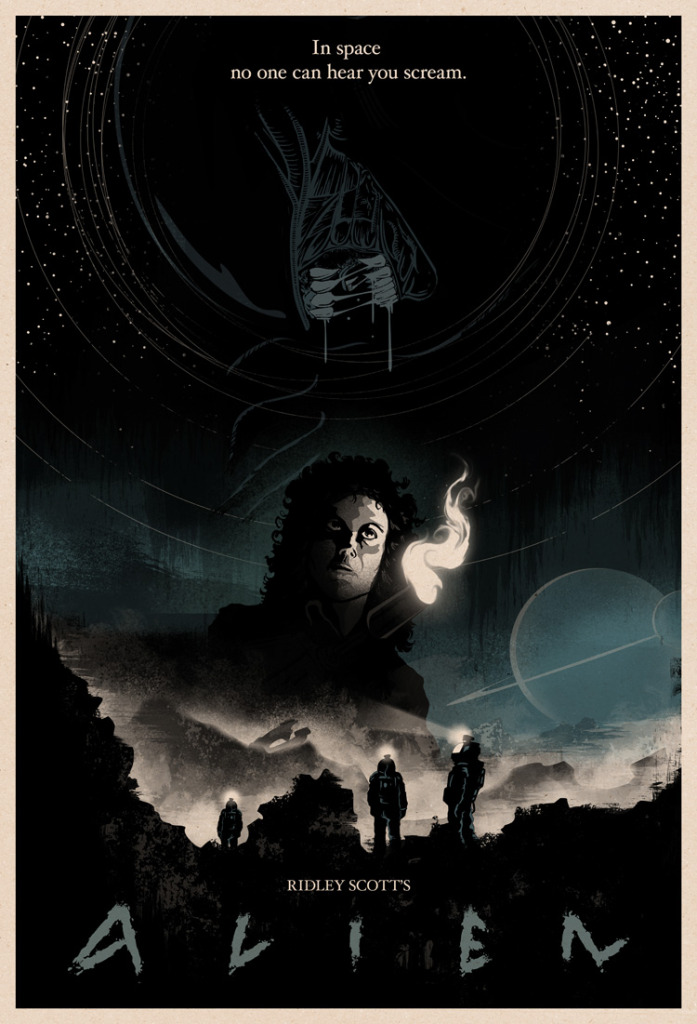 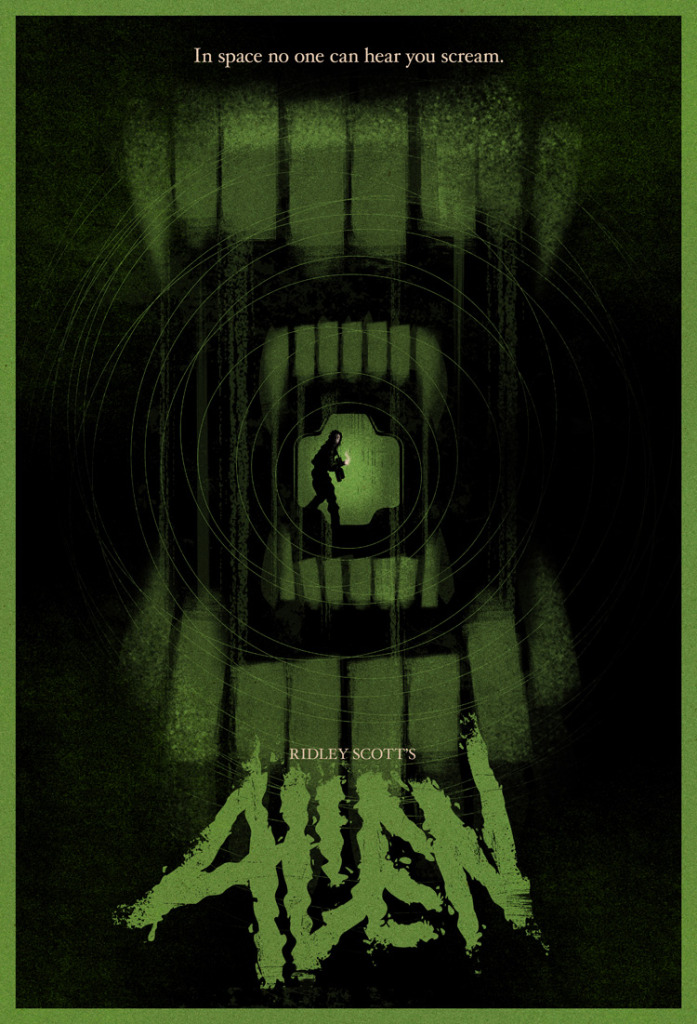 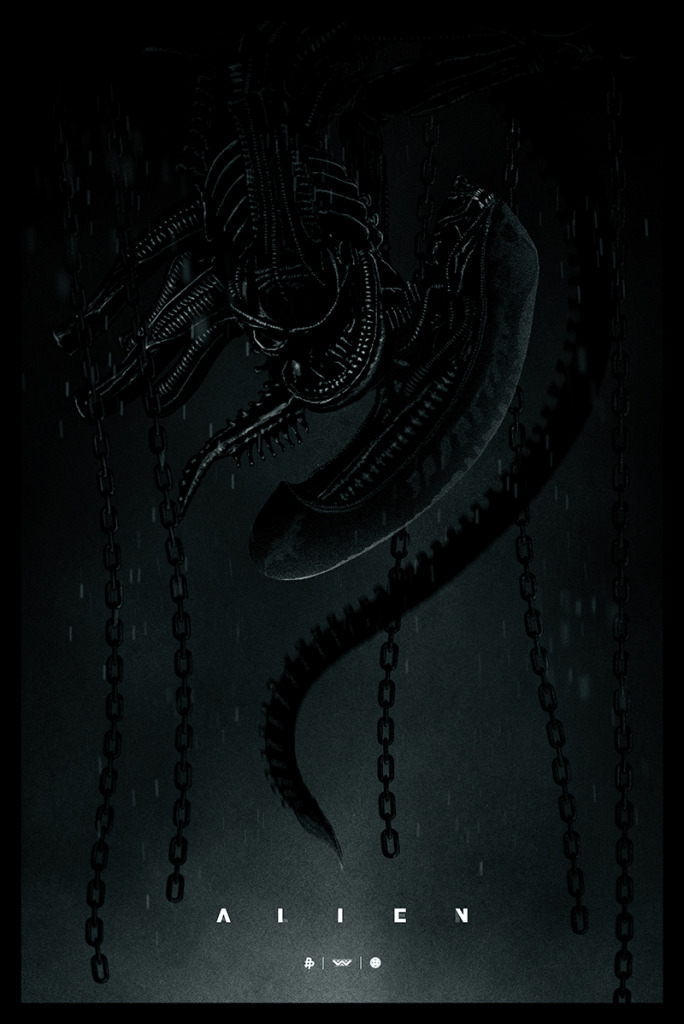 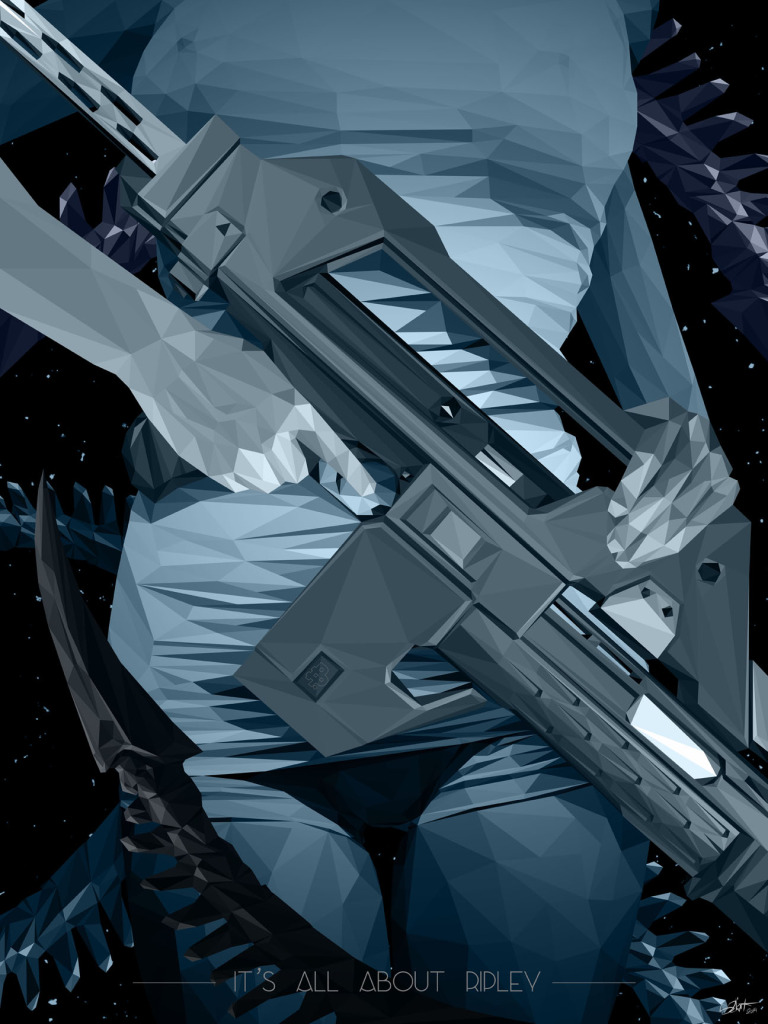 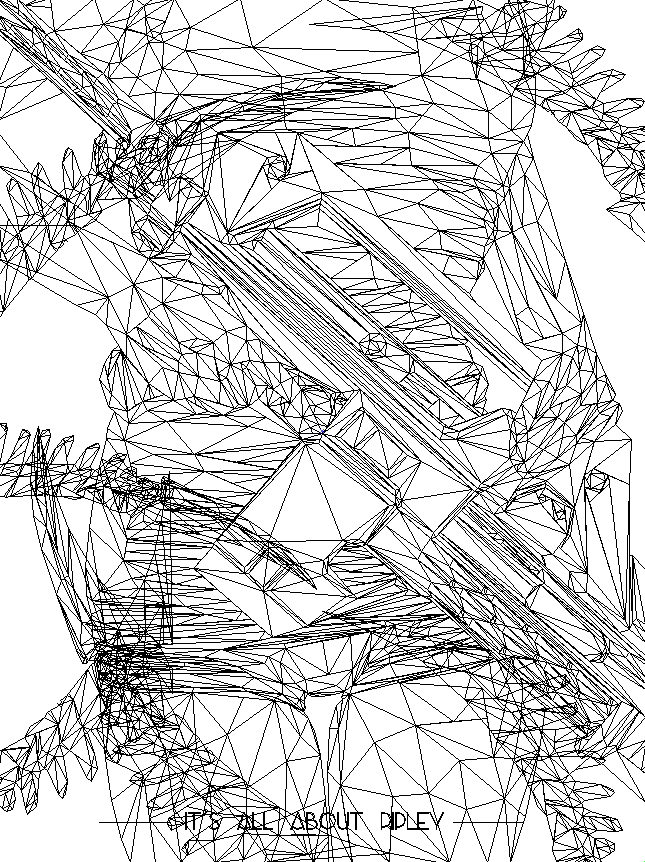 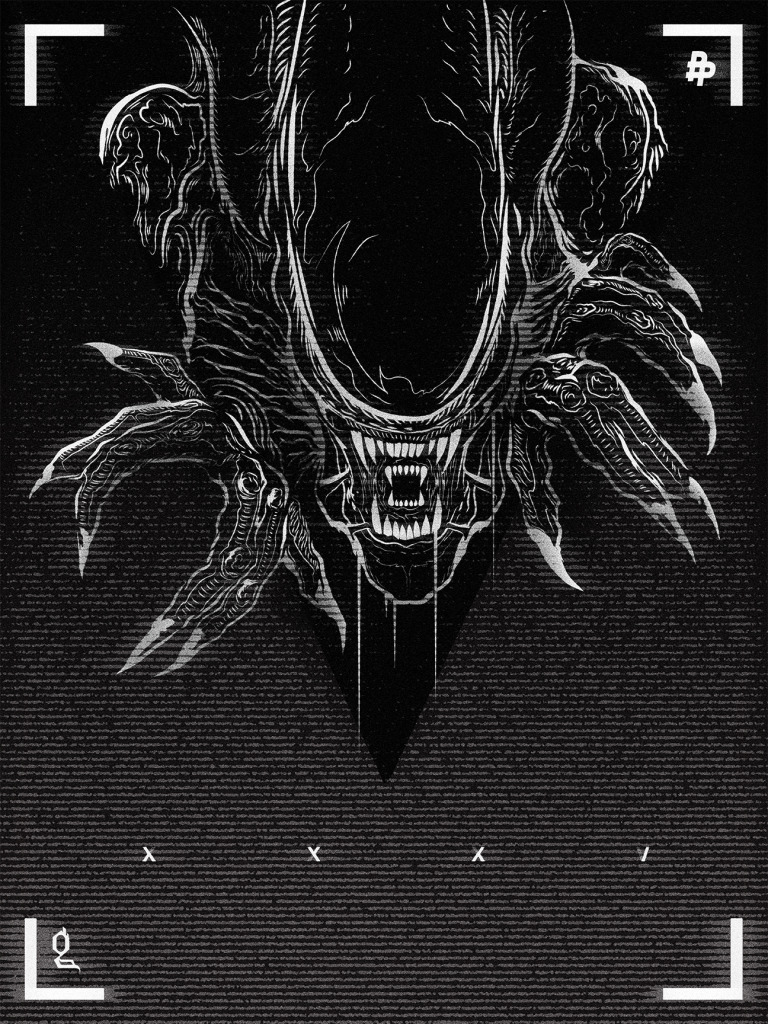 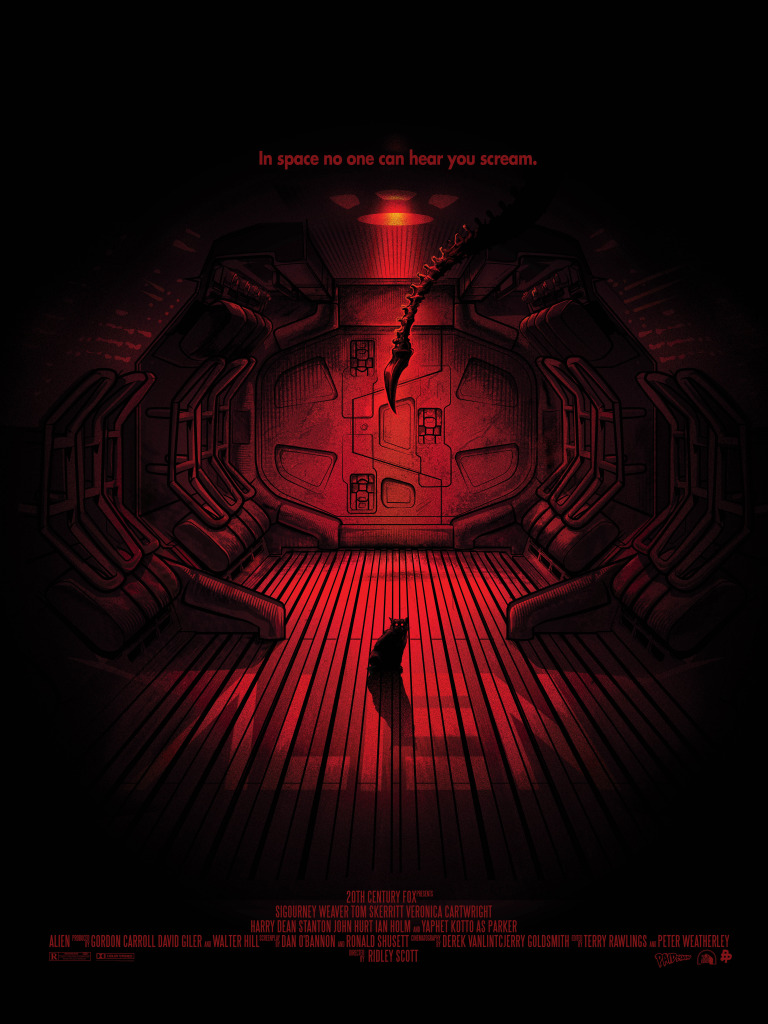 “In Space, No One Can Hear You Scream” by Paul Ainsworth 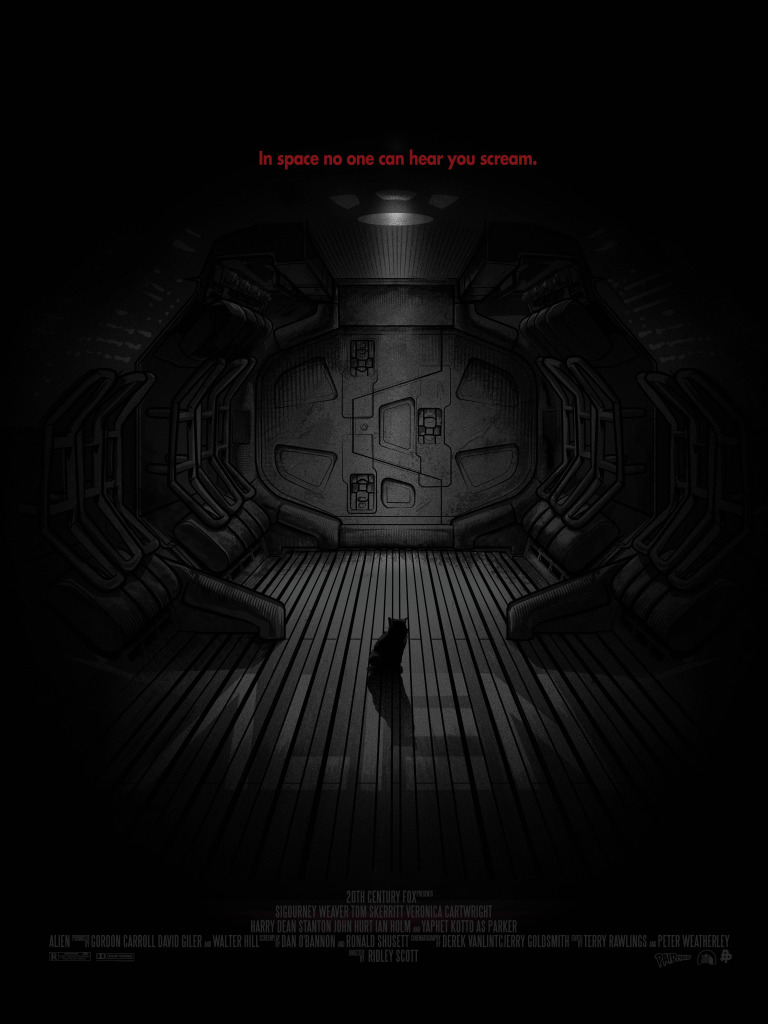 “In Space, No One Can Hear You Scream” by Paul Ainsworth (Grey Variant) 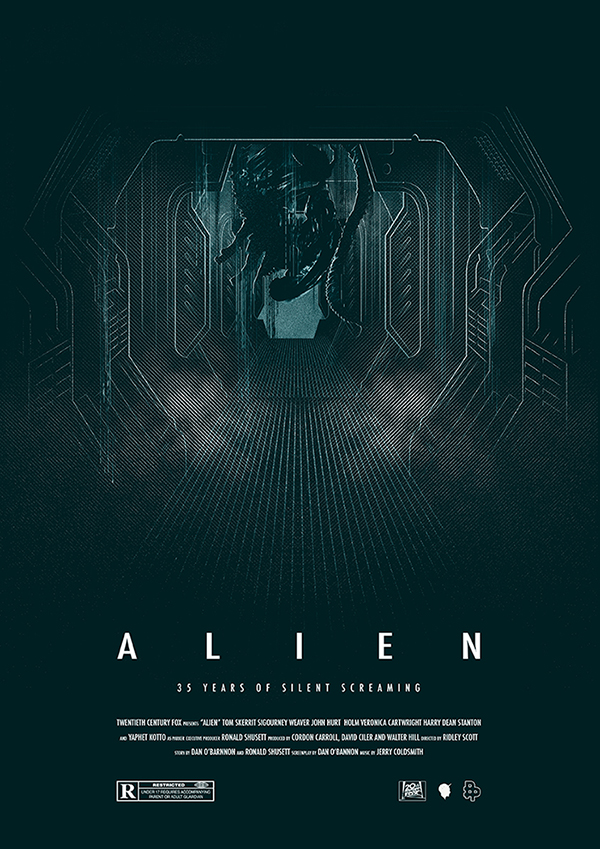 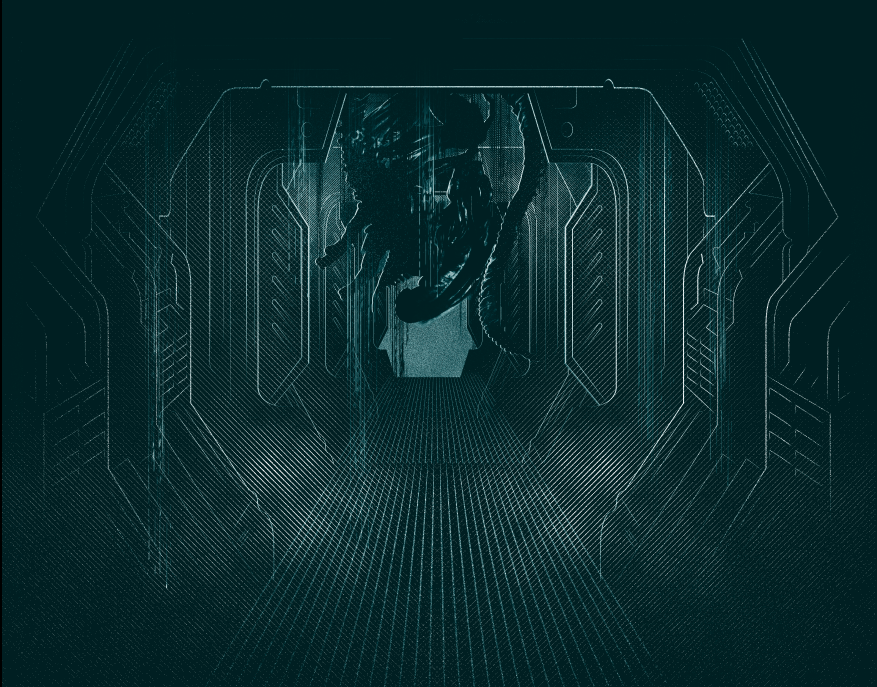 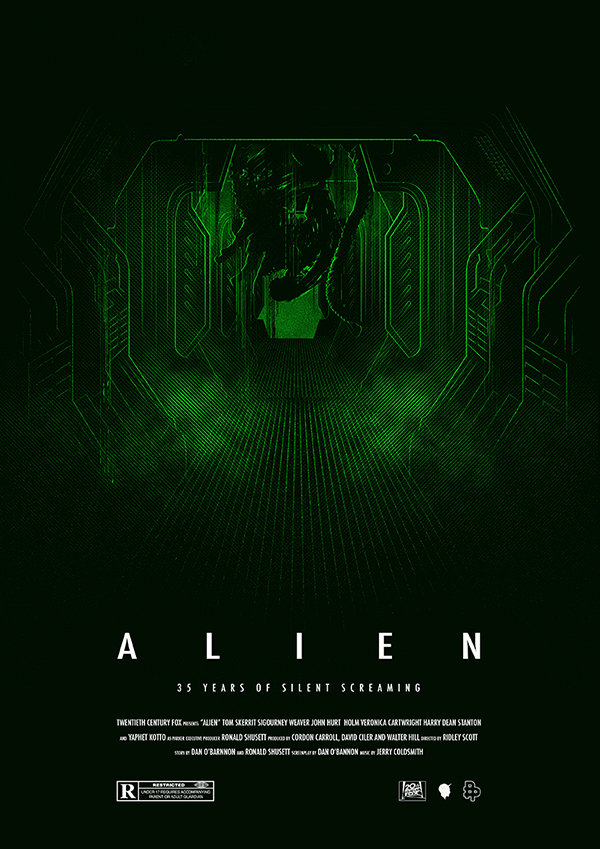 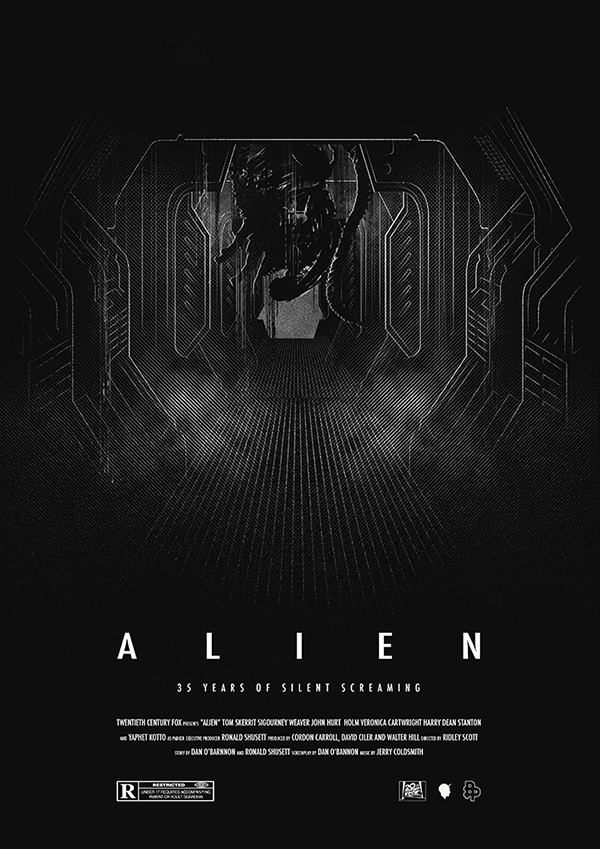 “The Perfect Organism” by Chris Garofalo 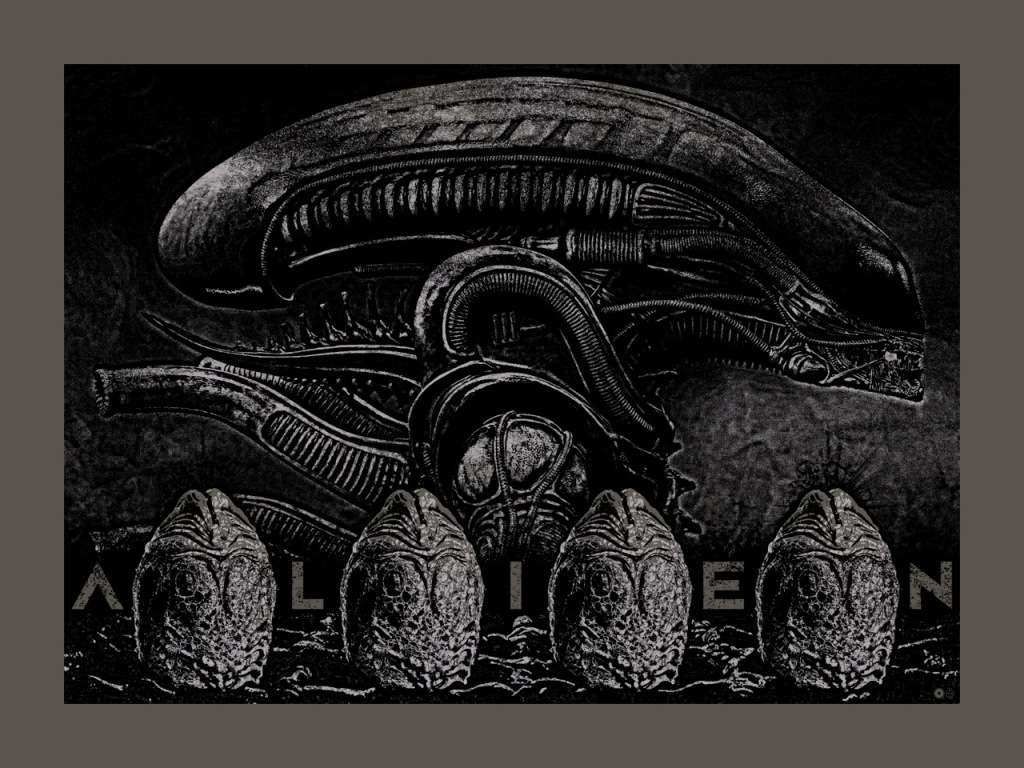 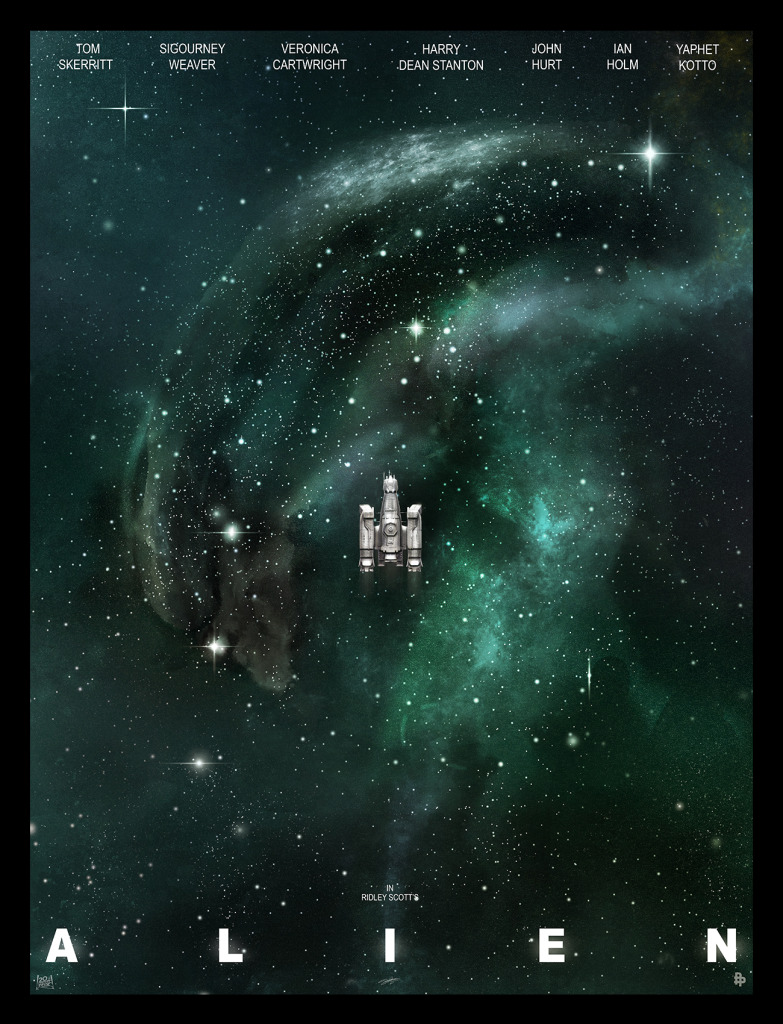 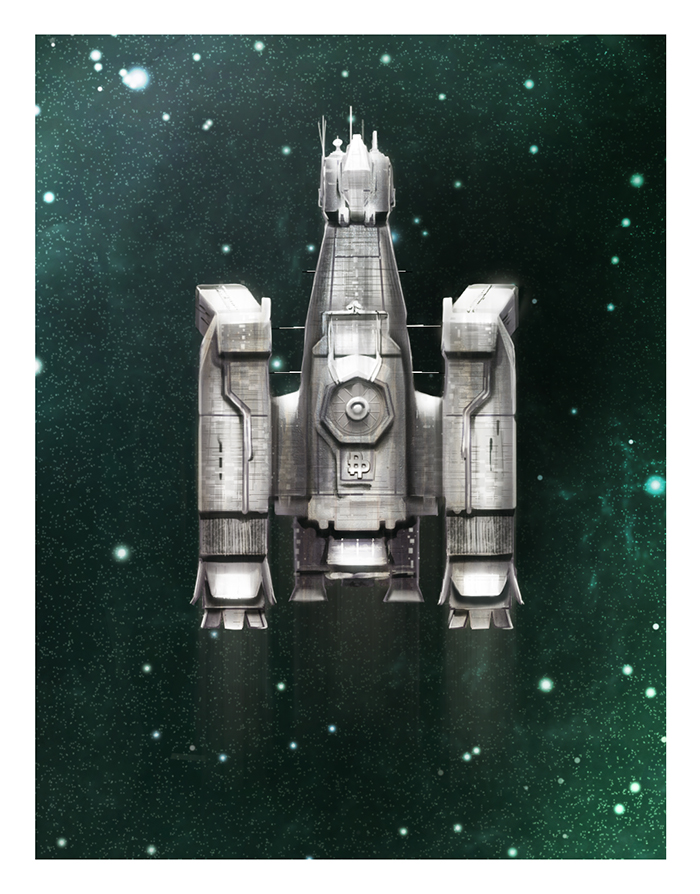 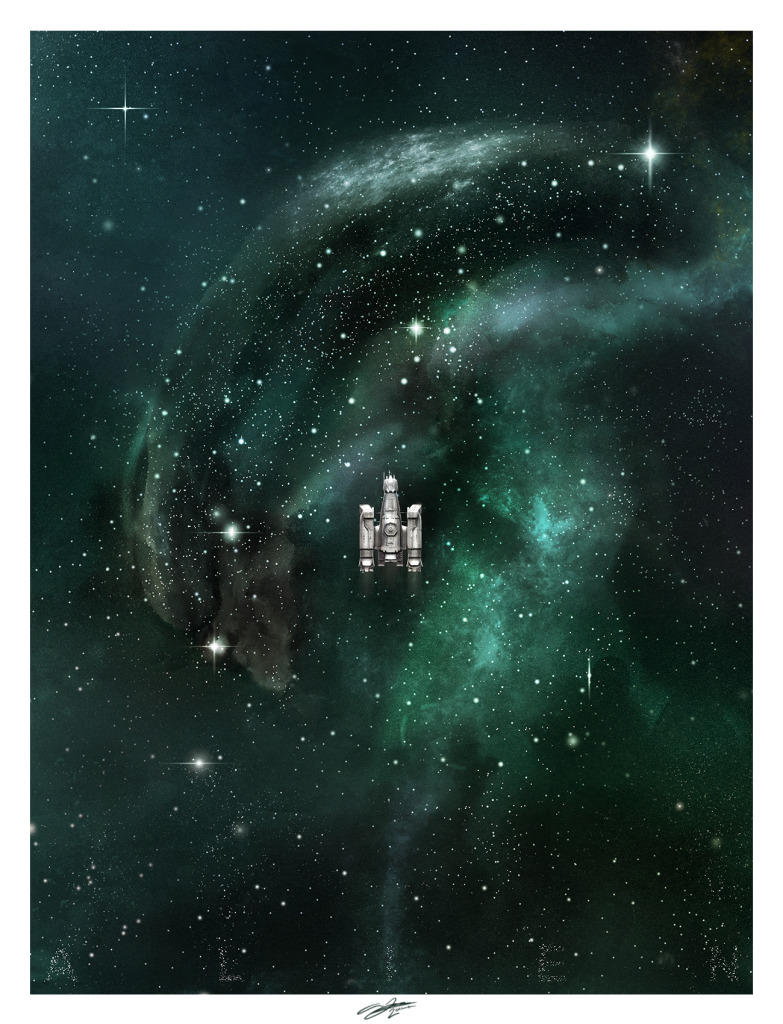 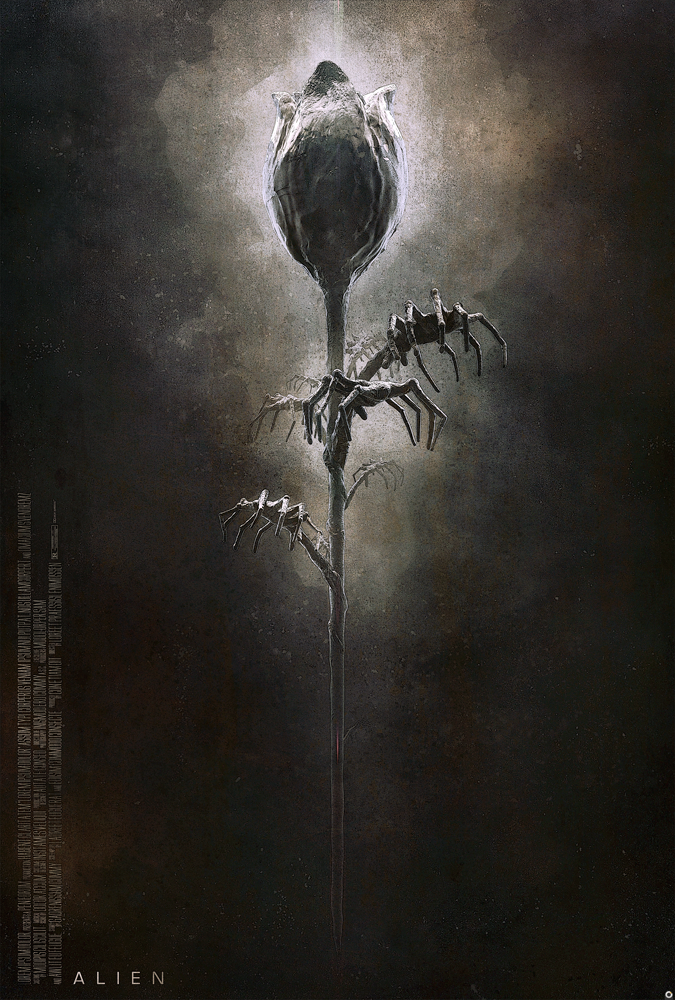 “The Perfect Organism” by Harlan Elam 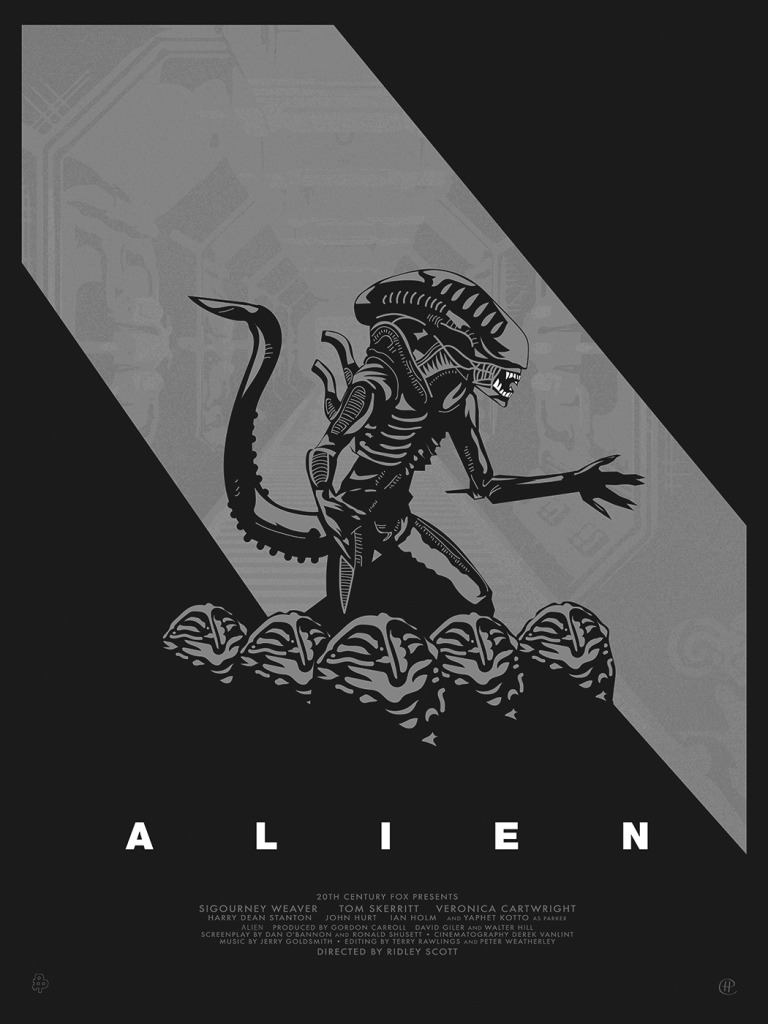 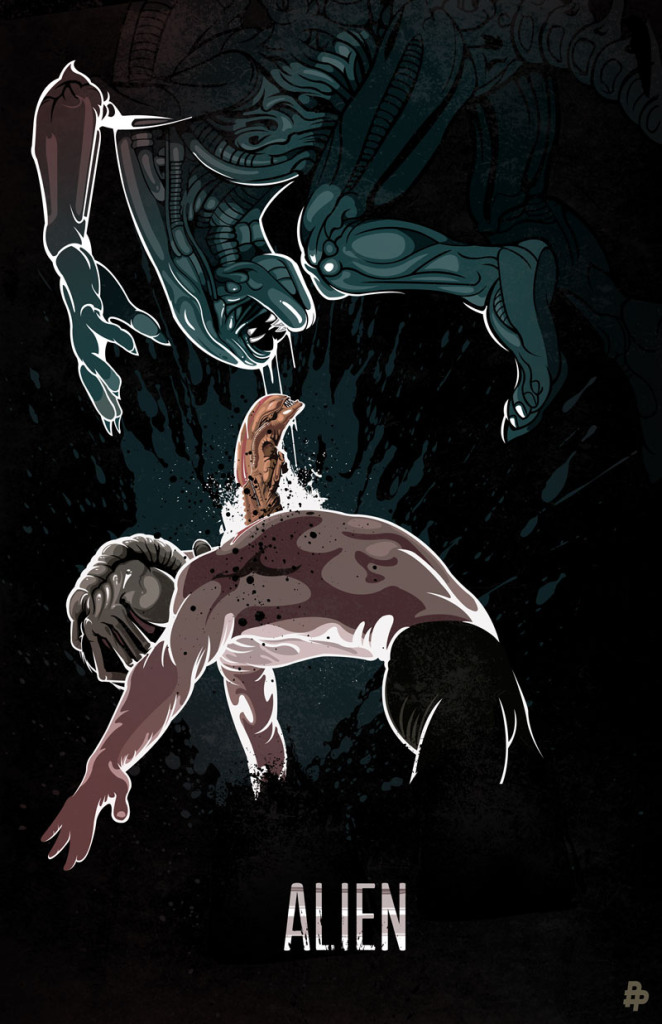 AAAAAAnd there you have it.  3 days, 38 prints, one hell of a movie.  Be sure to click the links to all the artists to see more work from their impressive portfolios. Stay tuned because we are already gearing up to make 2015 even bigger and better than 2014.  Thank you again for checking out all our projects from World War Z to Godzilla to our Alien tribute and everything in-between.