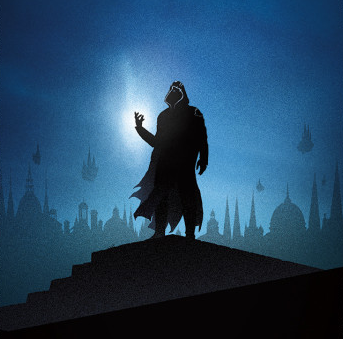 The world famous card game, Magic The Gathering, has been amassing an army of followers and players since it first debuted back in 1993.  According to Wikipedia, there are around 20 million players as of 2015.  That’s a pretty impressive number for a card game that is over 20 years old.  Speaking of impressive, Marko Manev was recently commissioned by Magic The Gathering to come up with some official images for the Planeswalkers for their booth at this year’s San Diego Comic Con.

Gideo Jura: Unlike most Planeswalkers, Gideon doesn’t hesitate to enter combat. This powerful white mage is driven by loyalty and practices hieromancy, the magic of holy justice.

Liliana Vess: Beautiful, cunning, and ambitious to a fault, Liliana is quietly becoming one of the Multiverse’s most magnetic dangers. She wields the blackest of black magic: necromancy. Her spells reanimate the dead and corrupt the living.

Chandra Nalaar: There is no virtue in subtlety—at least not as far as Chandra Nalaar is concerned. She’s a red-magic-wielding Planeswalker, and her specialty is pyromancy: spells of fire, fire, and more fire.

Nissa Revane: Nissa Revane wields green magic to summon forth massive elementals, bringing the land to life in order to defend the natural world and its creatures.

Be sure to follow Marko on TWITTER and check out his impressive portfolio over on his BEHANCE page.