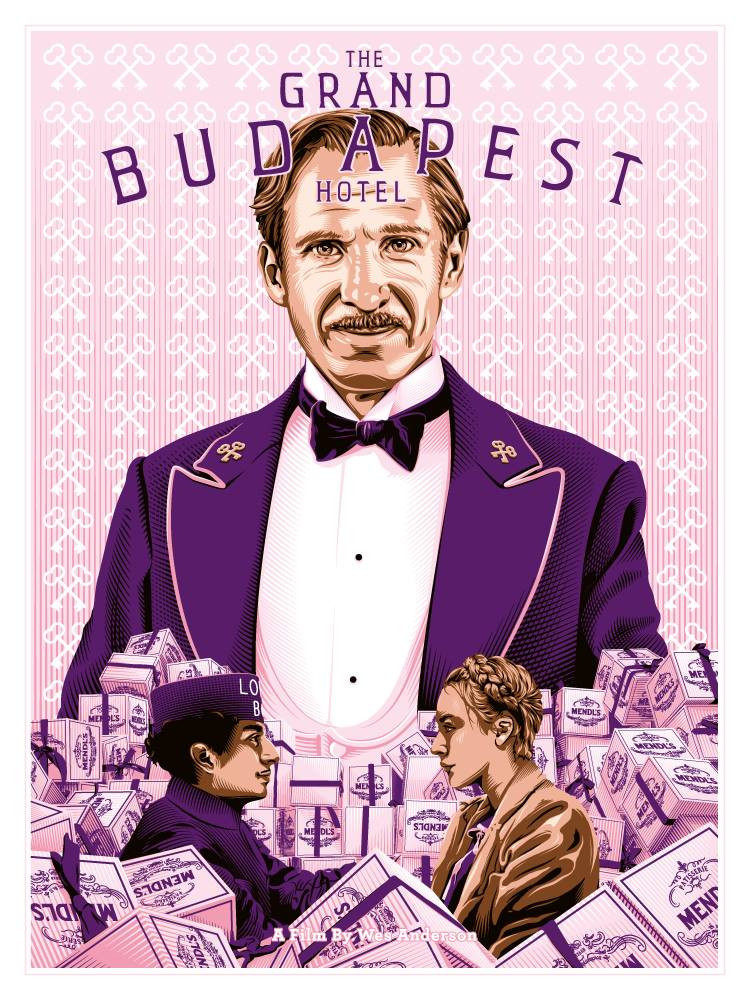 On 10/31/14, Spoke Art Gallery once again delved into the worlds of Wes Anderson.  This is the gallery’s fifth exhibit based on the films of Wes Anderson and fans can’t seem to get enough.  Wes provides artists a rich tapestry to reference with films like The Grand Budapest Hotel, Moonrise Kingdom, The Life Aquatic With Steve Zissou, The Royal Tenenbaums, Rushmore and of course, one of our all-time favorites, Fantastic Mr Fox. 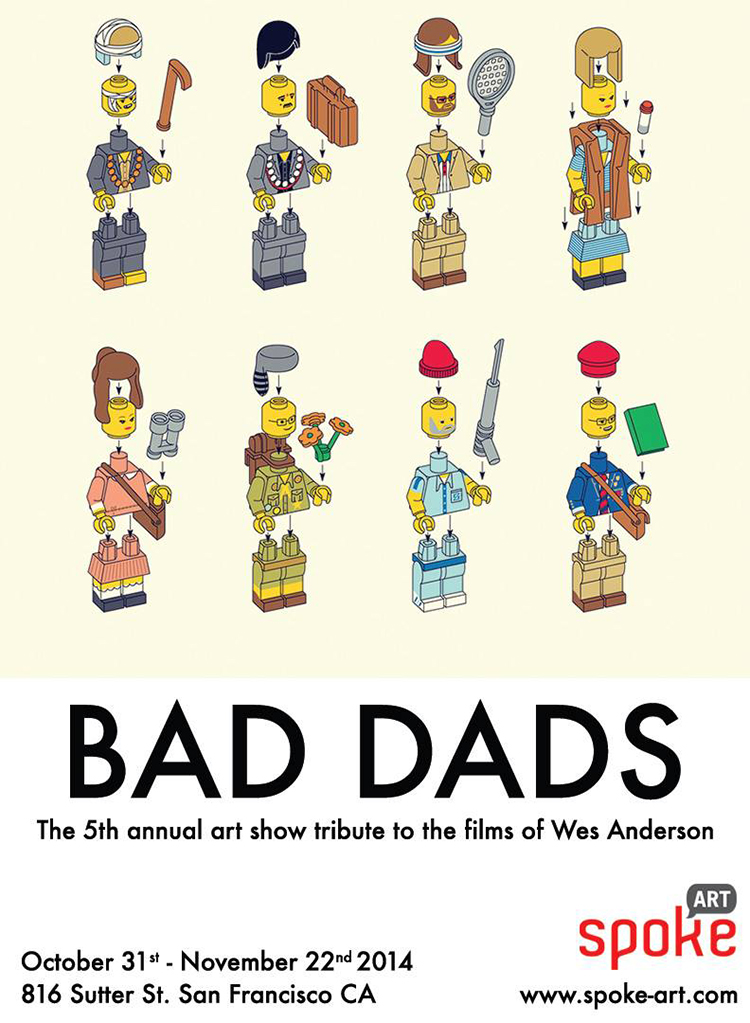 Here is what Spoke Art had to say about the show.

Spoke Art is proud to present Bad Dads V – A group art show tribute to the films of Wes Anderson. Following the incredibly popular exhibitions of years past, Bad Dads continues to grow and progress as a dynamic group exhibition. This year over 80 artists were invited to contribute an original work of art, spanning from paintings to sculptures to limited edition screen prints, all in tribute to one the world’s most noteworthy filmmakers.

With the addition of Anderson’s latest film, The Grand Budapest Hotel, this year’s show has more material to draw upon than ever. Set amongst a fictional pre-war European setting, the film is a magical display of elegant impermanence. Both the meticulous style and attention to detail make the film impeccably Anderson. Aesthetically remaining in a state of antiquity and sophistication, the screwball inspired adventure harkens back to Wes Anderson’s earlier films. 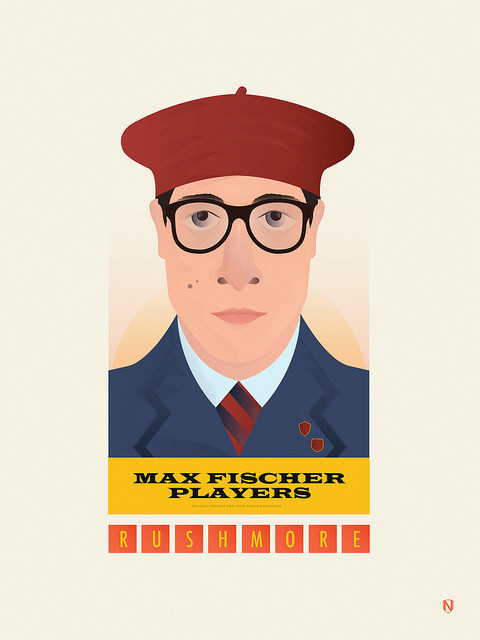 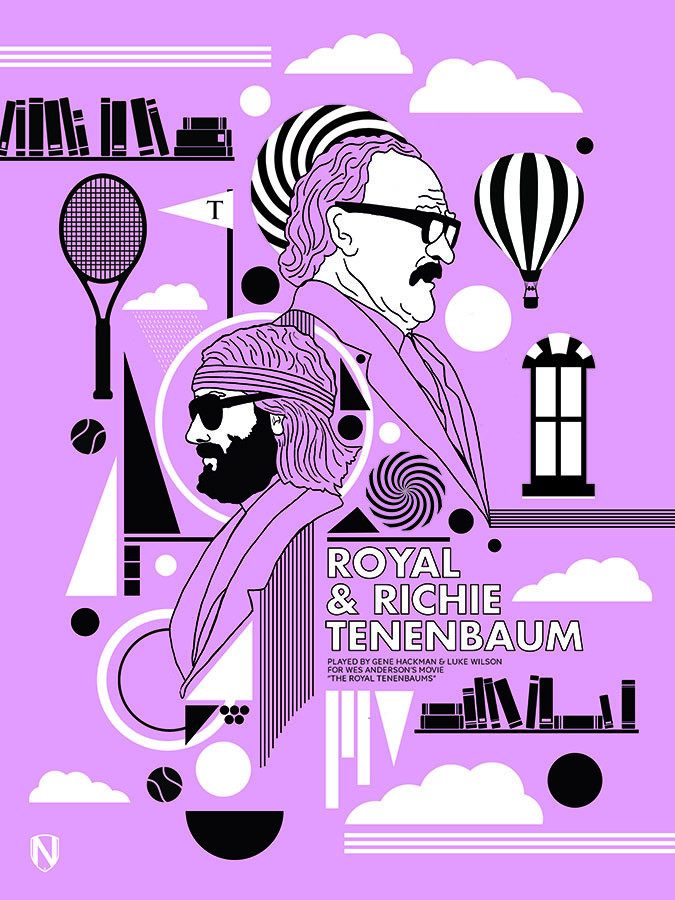 From the rolling landscapes of Moonrise Kingdom to the dysfunctional household of The Royal Tenenbaums, Bad Dads reveals the inner youthful sentiment in all of us. Each artist was free to choose their own film for subject matter, resulting in a dazzling display of character portraits, elaborate environments and iconic themes and motifs. Along with a traditional exhibition of painting and sculpture, Bad Dads V also has installation based works as well as collectable toys and apparel items. 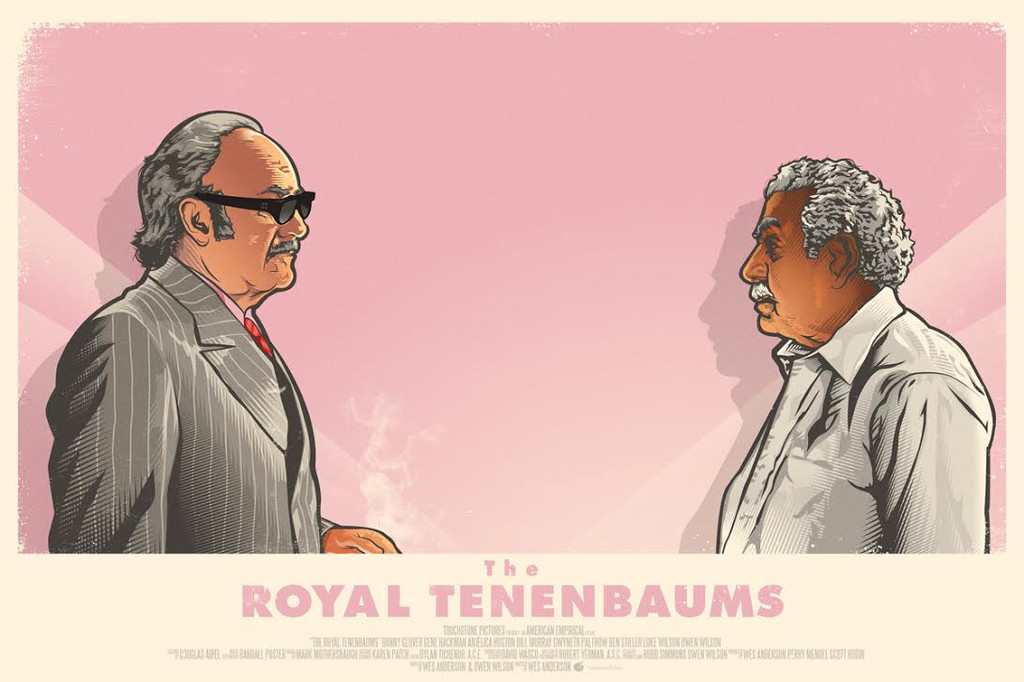 The show was a huge success and prints from the show are now available to purchase online HERE.  You can also pick up some original art from the show HERE.   If you are in the area, stop by and check out the exhibit in person. The exhibit will be on view until Saturday, November 22nd and REALLY deserves to be seen in person.