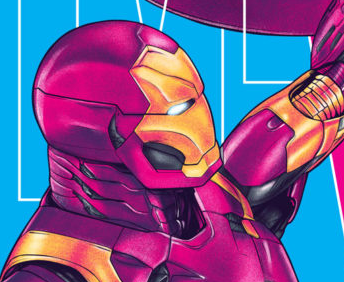 Yesterday we gave you phase one of our tribute to “Captain America: Civil War” and y’all really seemed to like it so today we are back to tickle your inner-geek with phase 2.  There are currently only 39 reviews on Rotten Tomatoes but the film is already getting a 97% approval rating which, as you know, is not too shabby!  (To be honest, it could have said 50% and I STILL would have waited in line on opening day!)  Forbes magazine has gone on the record and called it, “The single greatest superhero movie ever made.”  I’d say that was a pretty good barometer of what we should expect when we rush to theaters in 9 days.

Looks like Marvel is kicking off Phase 3 of their cinematic universe in a big way.  Will it be big enough to earn it the top opening weekend box office ever?  Time will tell but we can’t wait!  Here is phase two of our love fest for “Captain America: Civil War.” 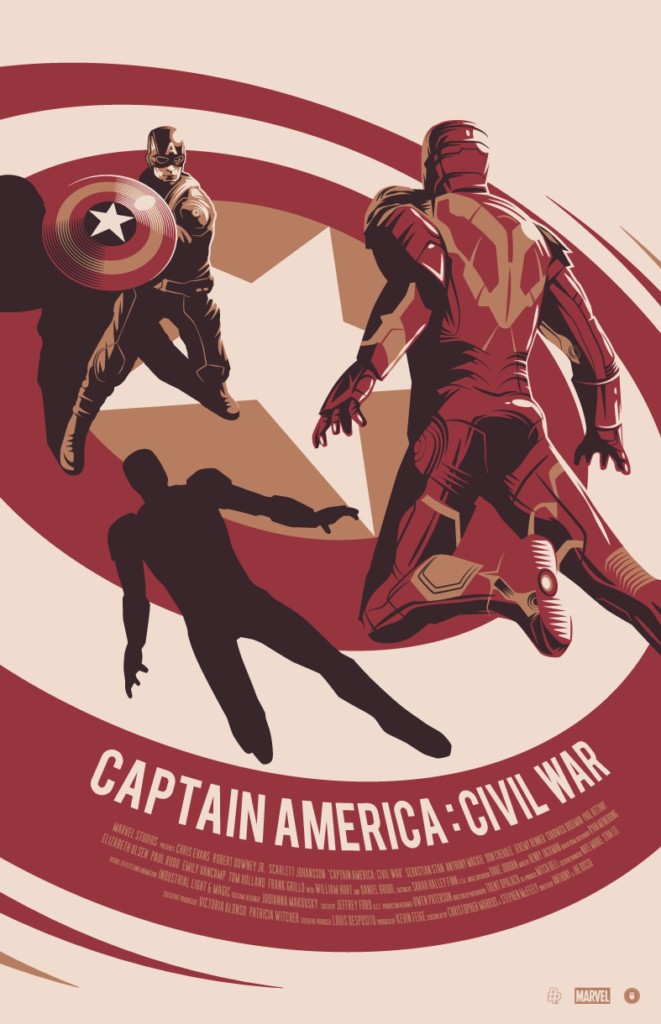 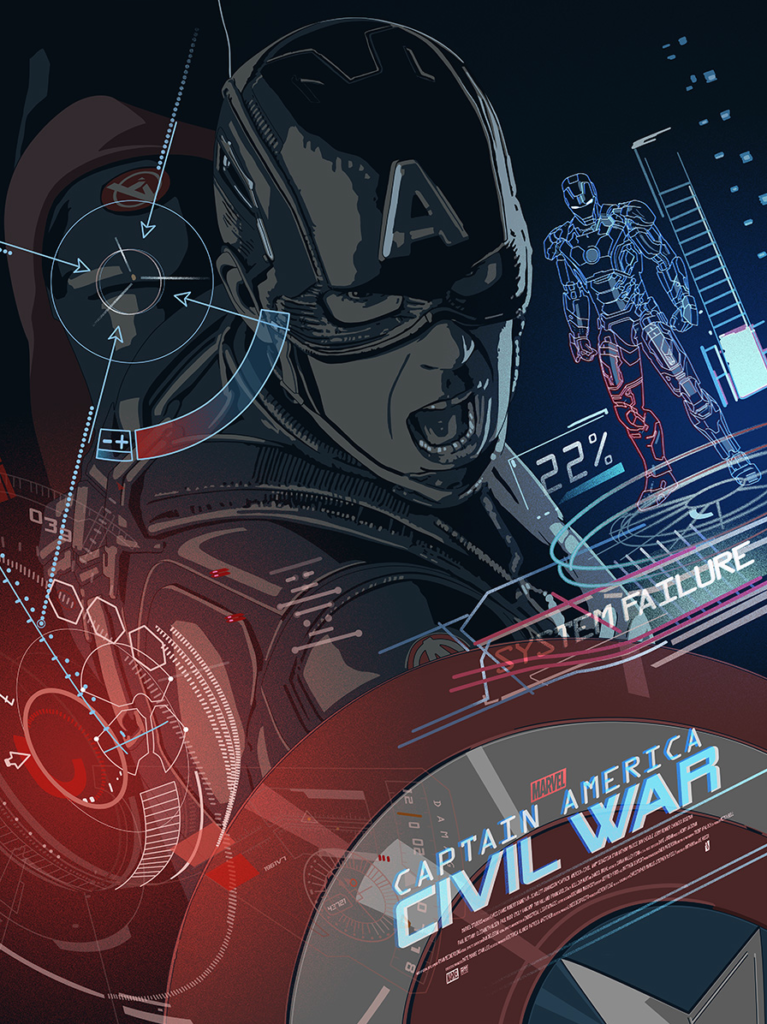 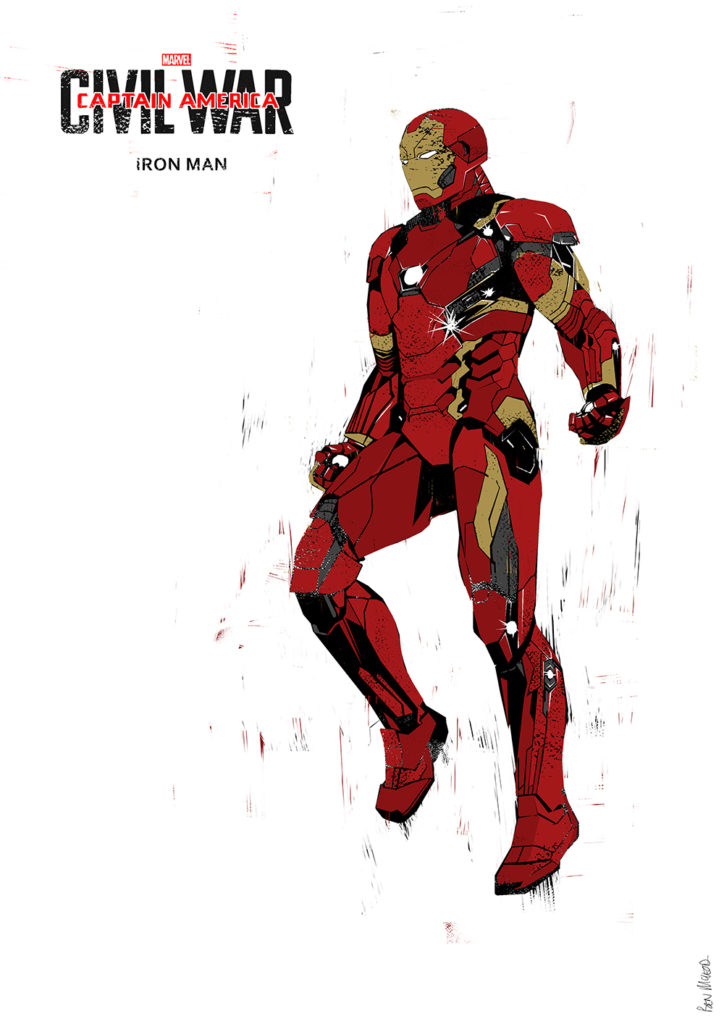 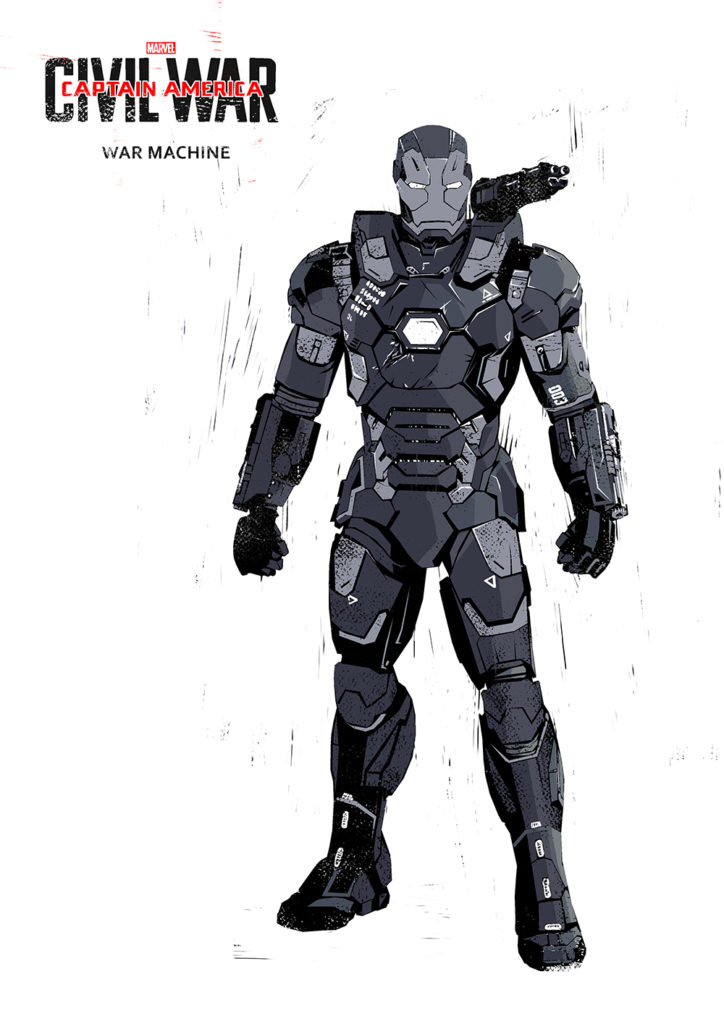 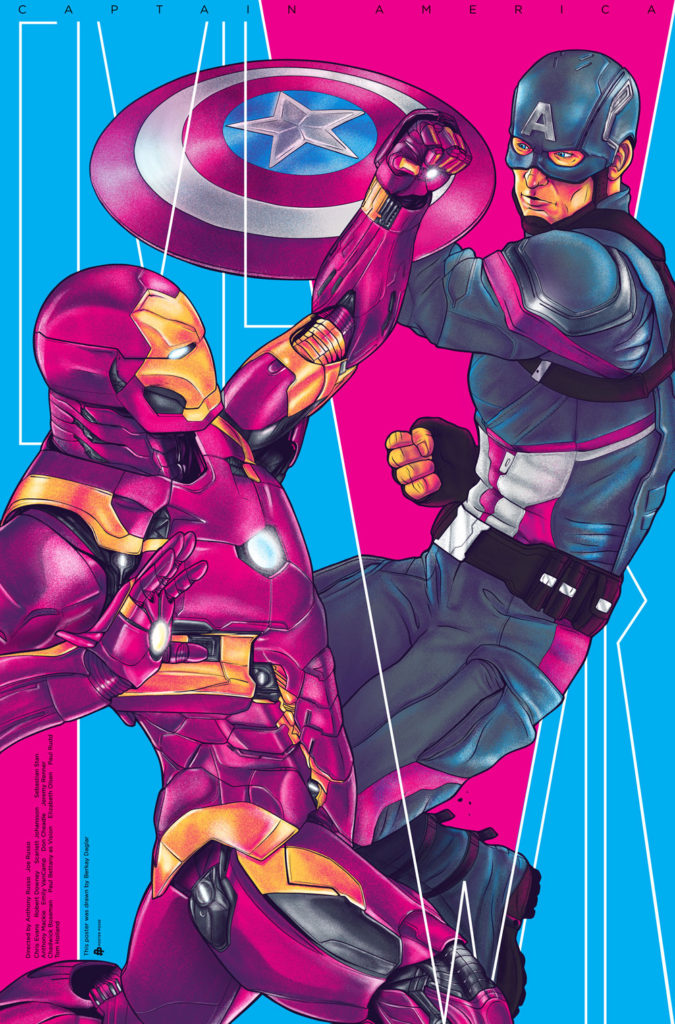 There is phase 2.  Let us know which ones are your favorites, click on the artist’s links to see more of their fantastic work and come back tomorrow for Phase 3!

2 Comments on “Phase 2 Of Our Tribute To Marvel’s “Captain America: Civil War” Continues The Countdown To May 6th”