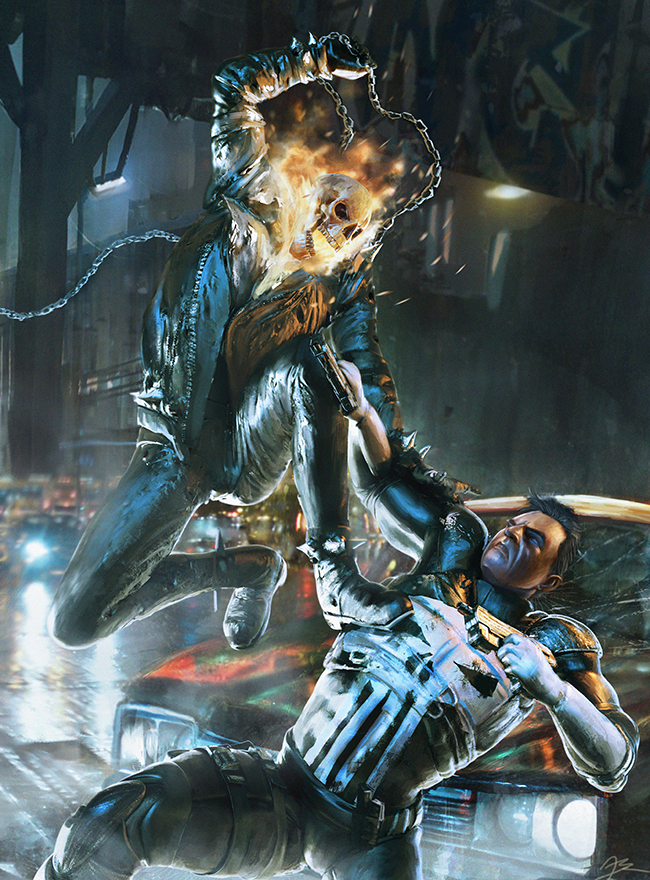 Back in April of 1991, Marvel released The Punisher War Journal Vol 1 #29.  Called “Crash and Burn” the comic book featured a cover by Michael Golden with a story by Mike Baron.  Here’s a quick synopsis:

The Punisher is riding his motorcycle down a freeway when he gets in a race with another biker wearing a strange helmet. The other biker sparks a flame on the front of his helmet and his head catches on fire, killing him. When Castle investigates the body, Ghost Rider arrives and tells the Punisher that the biker came from the Roaring Island, a massive tank built out of dozens of smaller vehicles. A new drug called Spin is being manufactured and sold from the Roaring Island, and they’ll most likely be delivering to the lead singer of the band Aerostar, who is playing a nearby coliseum the next night. 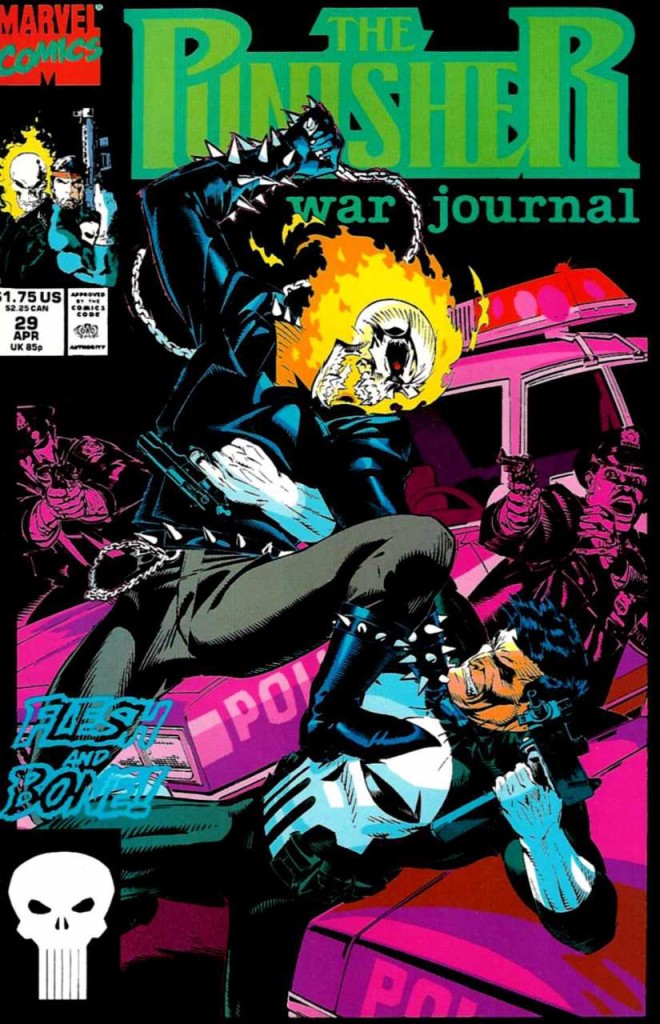 The next day, Frank’s partner Microchip shows him what information he has on the Roaring Island, which is capable of jamming any surveillance or photography. Castle attempts to get some sleep, and when he wakes he finds some medicine left for him by Microchip that will counteract the effects of Spin. Later, at the coliseum, Frank watches as a delivery man from the Island visits Hovelhaus, singer for Aerostar. On the way out, the delivery man shoots a security guard and escapes on his bike, with the Punisher in hot pursuit. Cars sent from the Roaring Island chase Castle, but they are stopped by the just-arrived Ghost Rider. The police arrive, and when Punisher’s bike stalls Ghost Rider leaves him behind. Before the police can arrest Frank, all of the lights and electronics in the area short out, followed by the arrival of the Roaring Island. A grenade is thrown from the massive vehicle, which knocks the Punisher unconscious. (Source)

Chicago artist Juan Martinez recently did his own version of this cover and it’s pretty fantastic.  Here is what he had to say about this piece.  “The Punisher ‘s ‘Crash & Burn’ cover was one of those intense Marvel covers from the 90’s ! I have always been a huge fan of that cover and many more.  I wanted to bring back that intense moment between The Punisher & Ghost Rider. What drove me to do this was actually watching the DareDevil series on Netflix. It was really gritty and well done.I thought it would be awesome if a Punisher series was created in this same way.  So I got cracking.” – Juan Martinez

Juan has also taken a shot at the new direction Marvel has taken with Thor so he decided “to have a bit of fun” with his own interpretation. 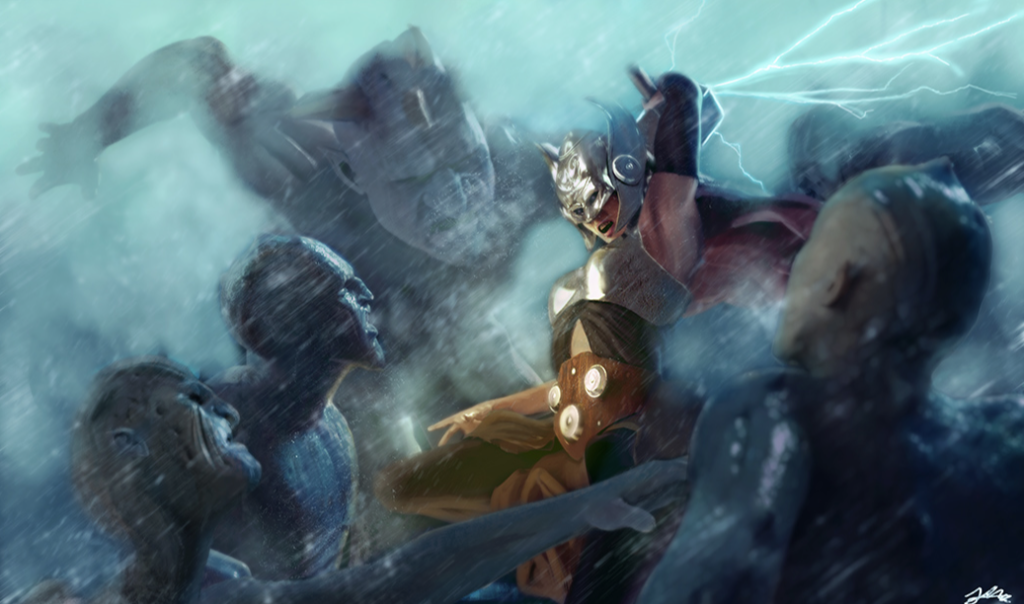 Let us know what you think of these versions by Juan down in the comments section below.  Be sure to check out more incredible work from Juan VIA the following links: TUMBLR, TWITTER, and BEHANCE