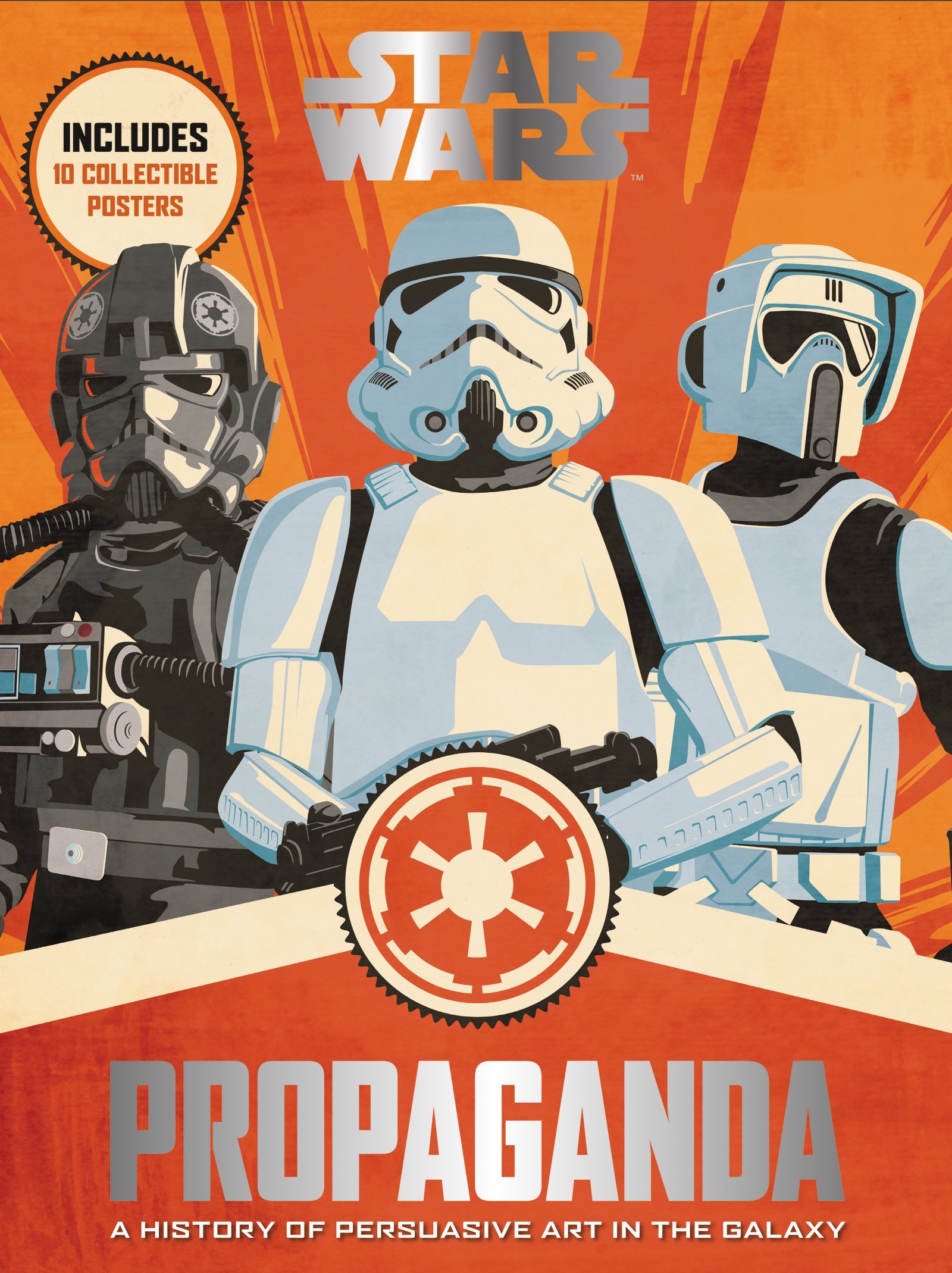 With “Rogue One” hitting theaters on December 1st, what better time to release a book of proposed propaganda within the Star Wars universe.  The book is from Harper Collins and is called, “Star Wars Propaganda: A History of Persuasive Art In The Galaxy” and is written by Pablo Hidalgo.  Below is the official description from Harper Collins. 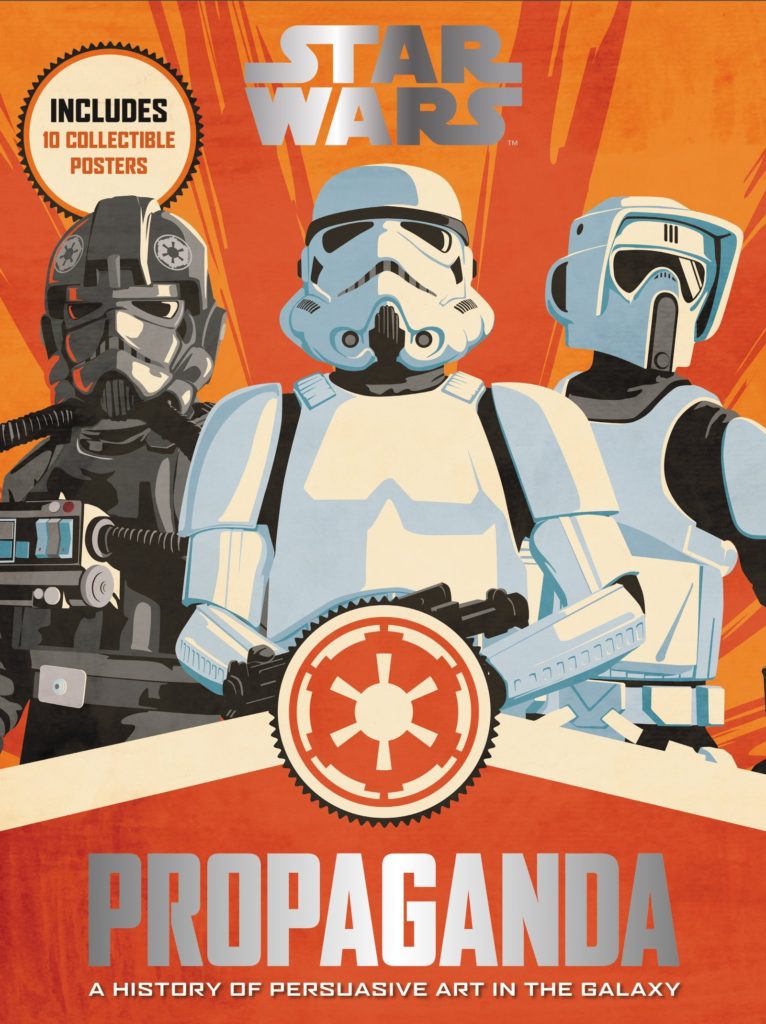 A Star Wars authority deepens and extends our appreciation of the Star Wars galaxy with this imaginative “history” featuring striking full-color artwork—created exclusively for this entertaining volume—that examines the persuasive messages used to intimidate and inspire the citizenry of the galaxy far, far away. . . .

A Star Destroyer hovering over a planet, symbolizing Imperial domination.

An X-wing delivering a message of resistance and hope on behalf of the Rebellion.

These are all examples of propaganda used by the Empire to advocate strength and maintain fear, and by the Rebel Alliance to inspire hope and win support for the fight. Star Wars Propaganda takes fans into the beloved epic story as never before, bringing the battle between these two sides to life in a fresh and brilliant way.

Star Wars Propaganda includes fifty dazzling pieces of art representing all seven episodes—including material related to Star Wars: The Force Awakens—specially produced for this companion volume. Each page combines an original image and a short description detailing its “history:” the in-world “artist” who created it (either willingly or through coercion), where in the Star Wars galaxy it appeared, and why that particular location was targeted.

Packaged in a beautifully designed case and written by a franchise expert and insider, Star Wars Propaganda also includes ten removable art prints, and is sure to become a keepsake for every fan and graphic artist as well 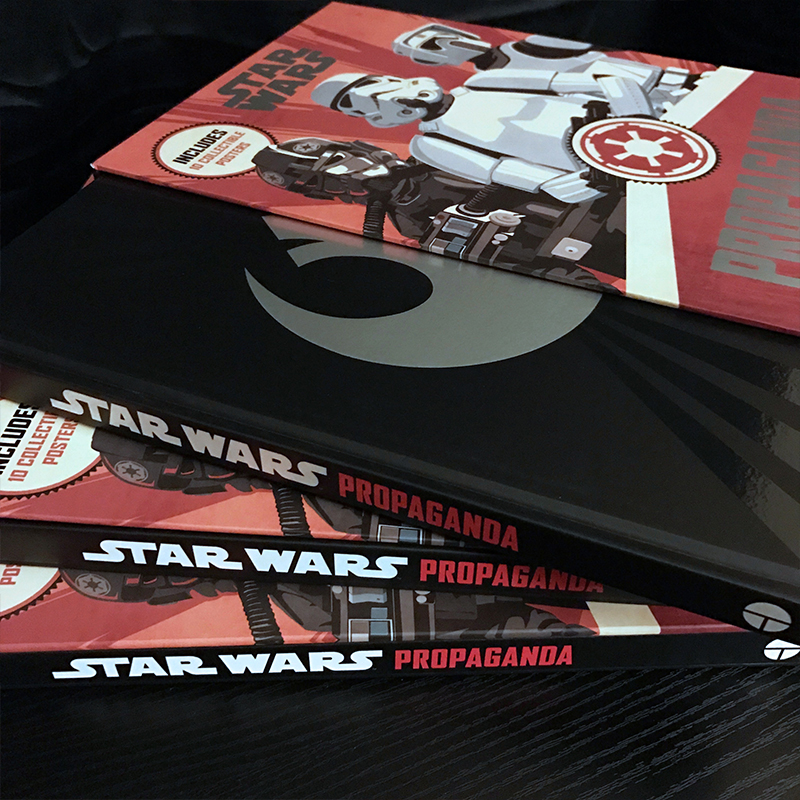 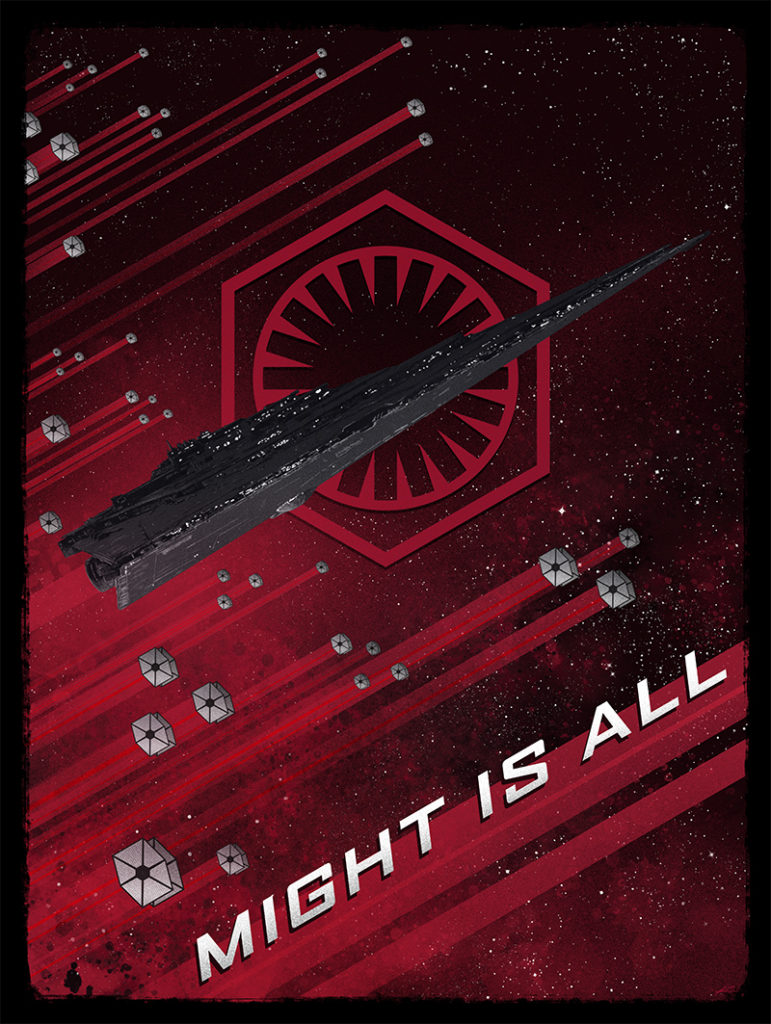 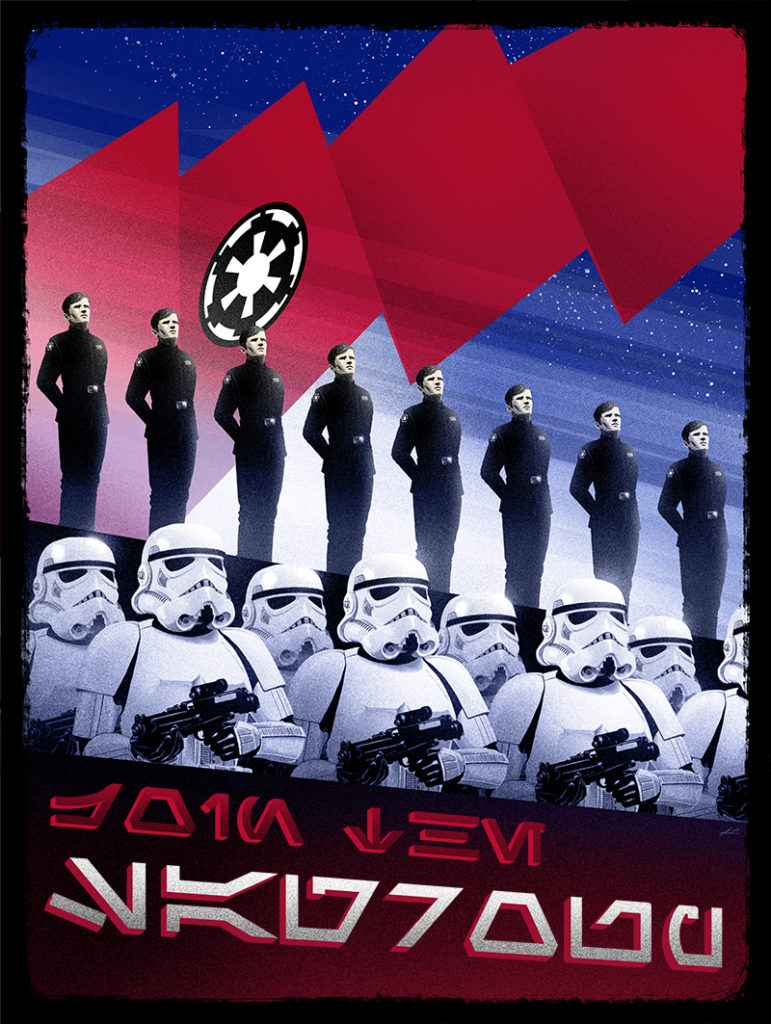 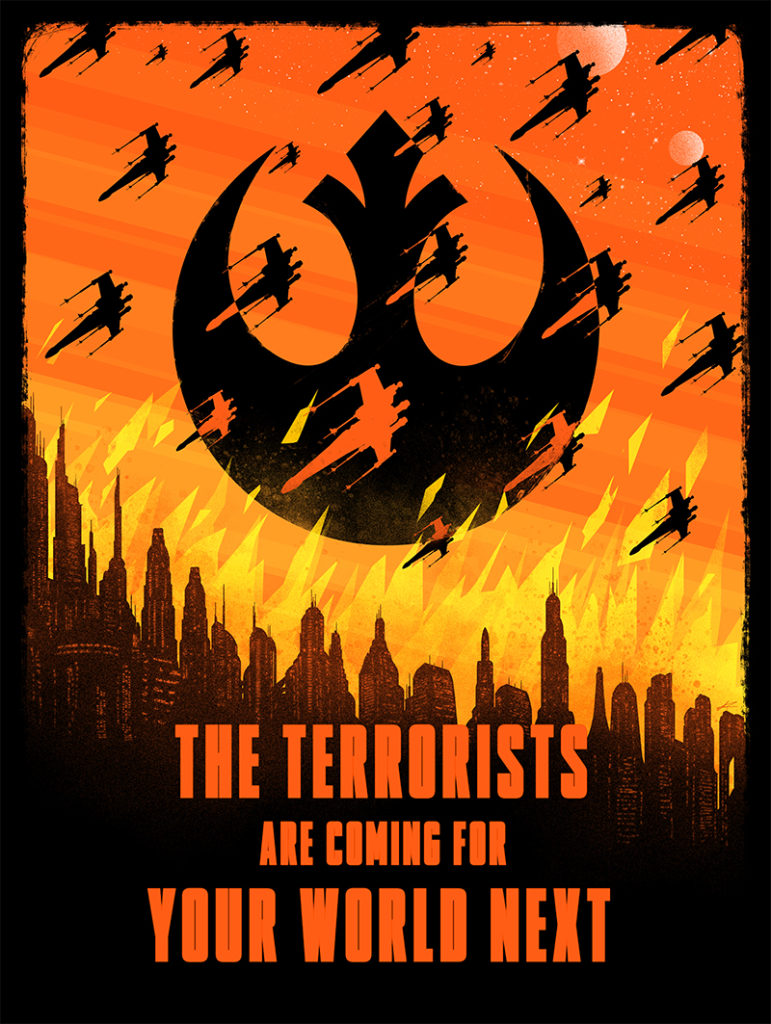 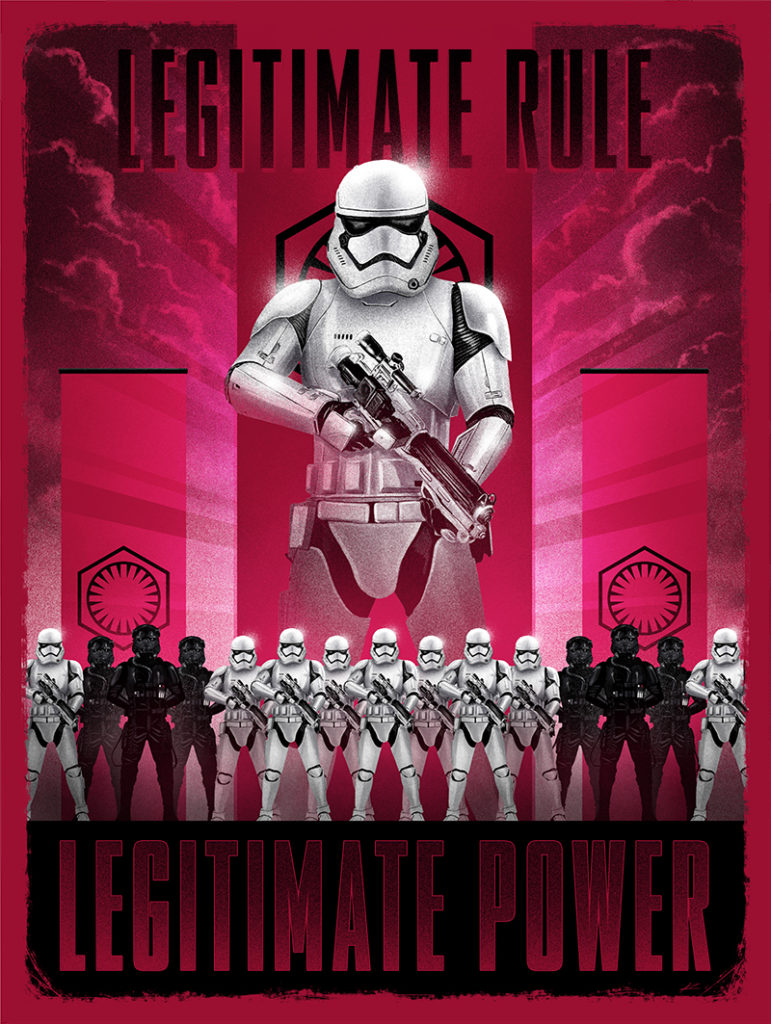 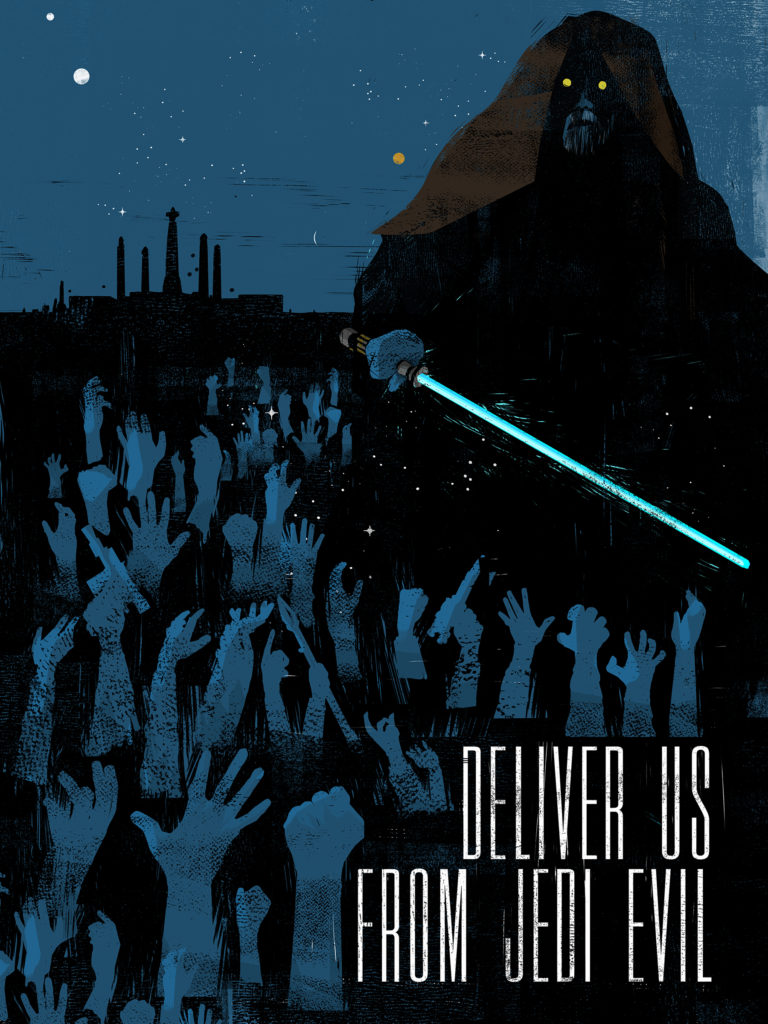 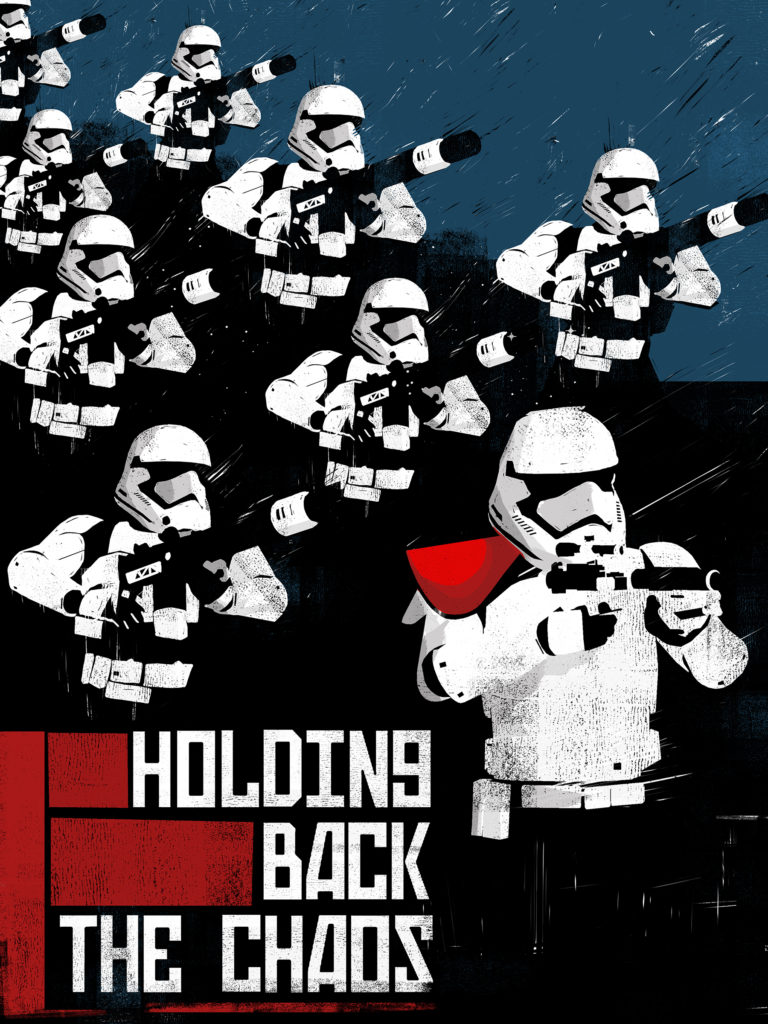 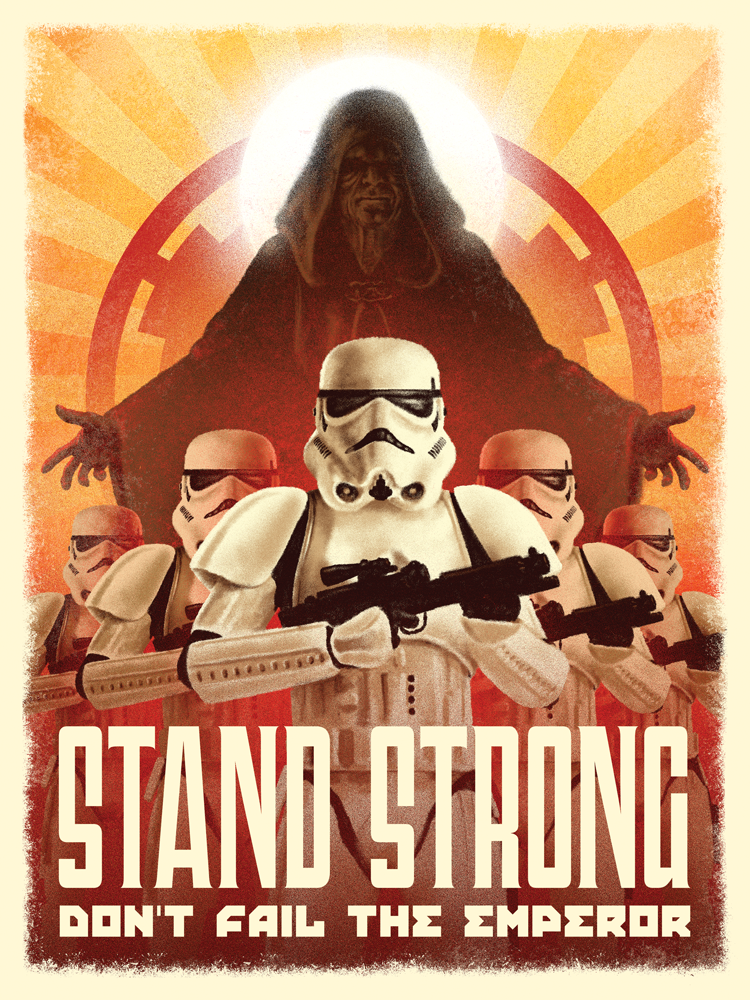 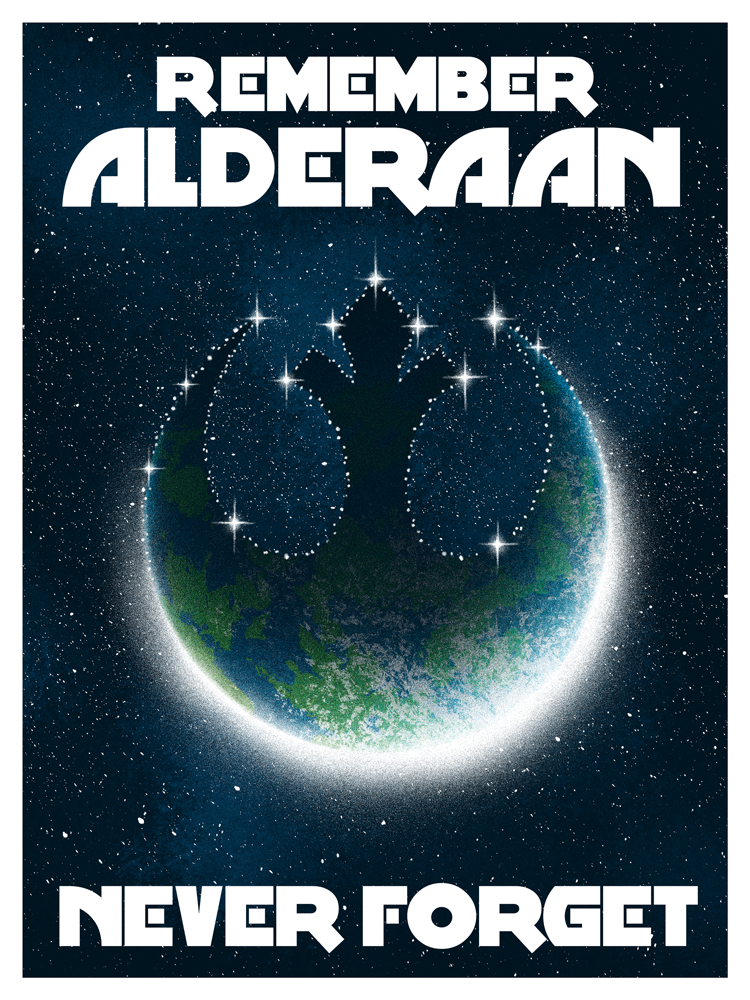 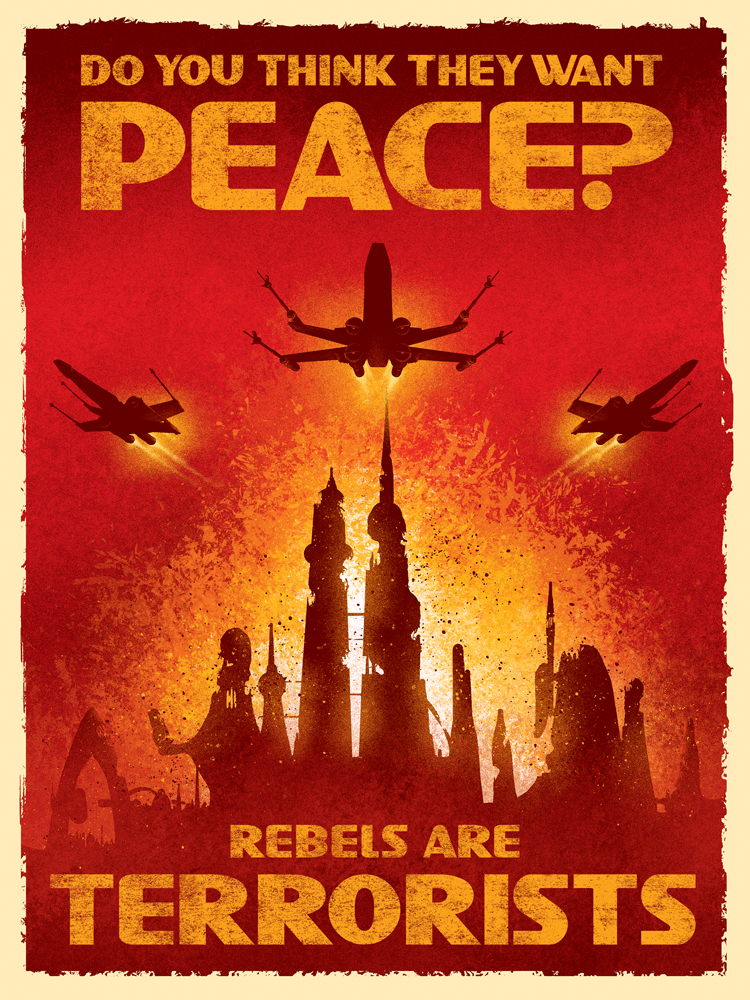 This book is a must-have for fans of the Star Wars universe and it can be purchased HERE.