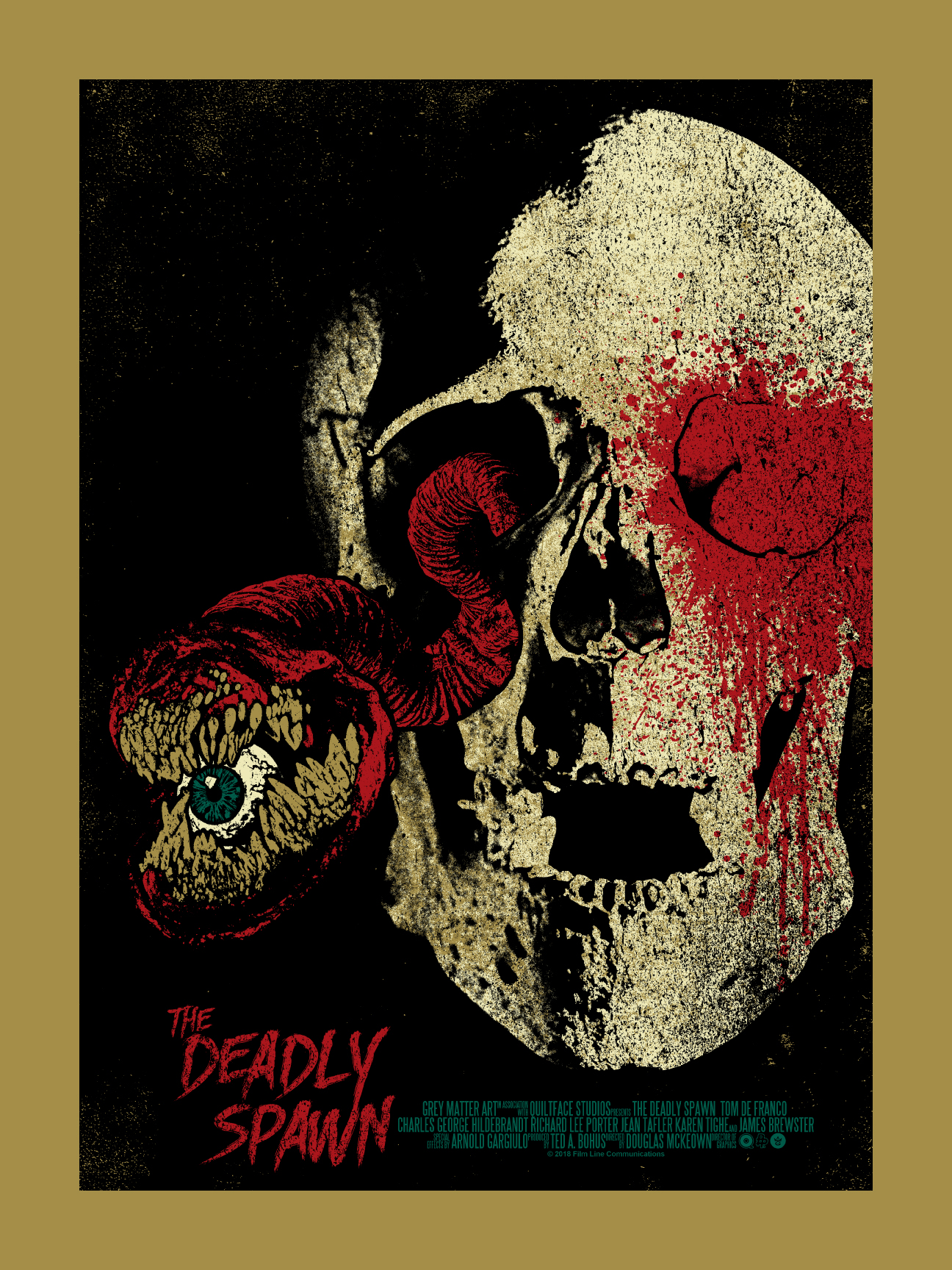 Grey Matter Art, under license from Film Line Communications, is proud to present a new limited edition poster for the classic 1983 science fiction horror film, “The Deadly Spawn,” by artist, Chris Garofalo. Producer Ted Bohus conceived the idea for “The Deadly Spawn” in 1979, and the creature was designed and built by both him and John Dods. The film follows the story of a crash-landed alien that finds refuge in the basement of a house and grows to monstrous proportions. 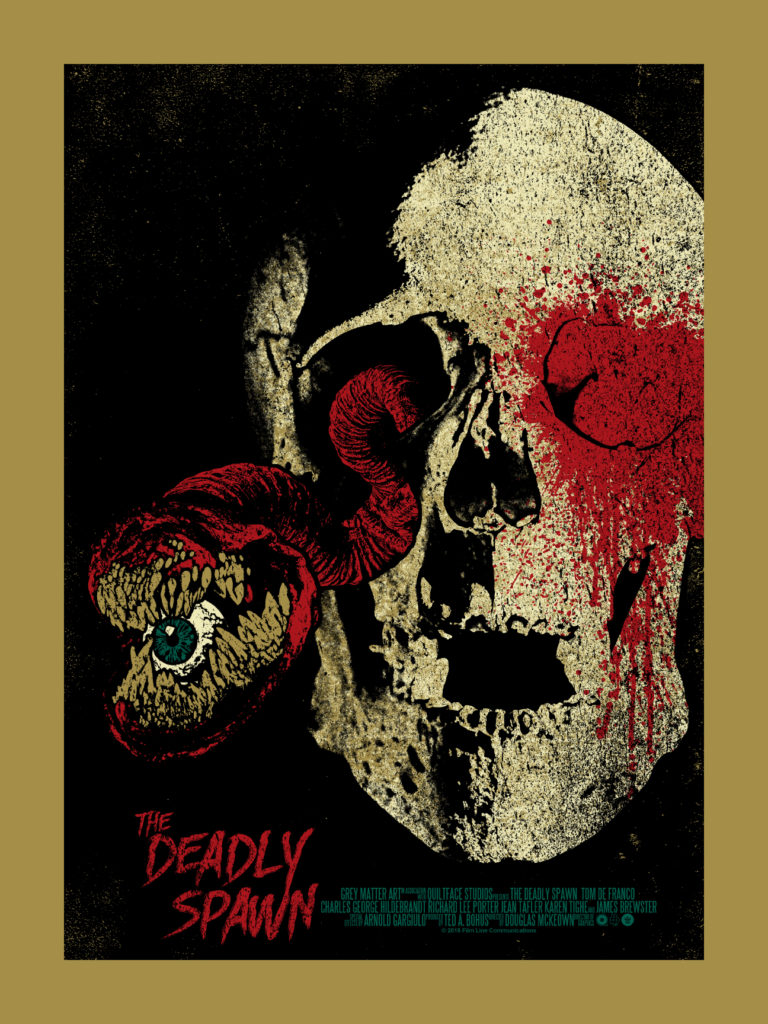 “The Deadly Spawn”  by  Chris Garofalo