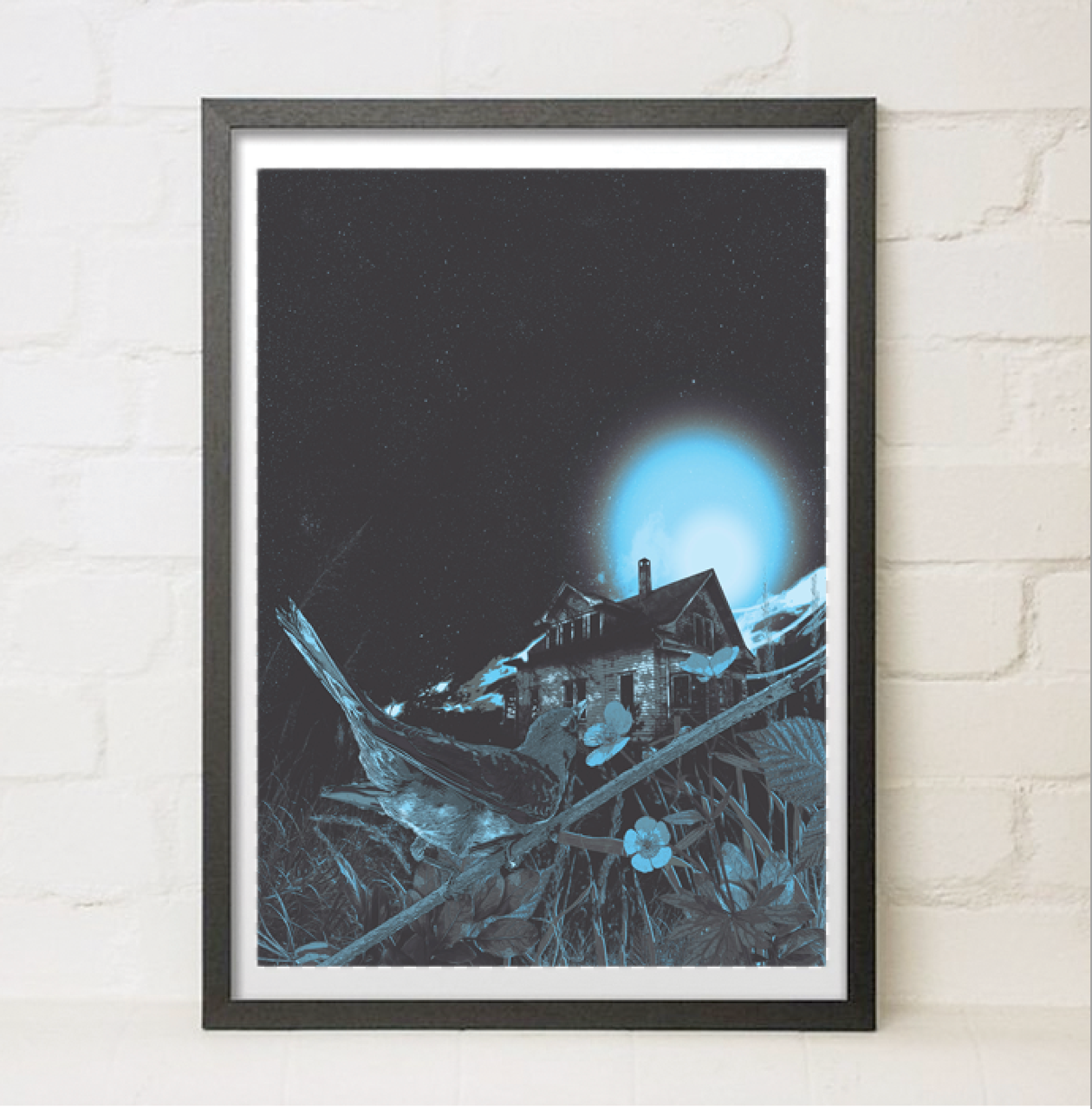 Today we celebrate the 2 year “Artiversary” of Poster Posse Pro, Bristol, U.K. artist, Chris Malbon. Chris has done almost two dozen official and passion projects with us since joining our ranks back in 2015.

Today we are thrilled to release a print of his called “The Visit.”  Here is a quick synopsis:

“The Hanna homestead has been in the family for over 12 generations.  Isolated on 310 acres and nestled against the woods, up against the bottom of the Carpathian Mountain range.  As a boy, Mark would explore the nearby caves with his grandfather.  They would fill their packs with batteries, flashlights and rope exploring deep into cavernous world beneath the looming mountains.  On these journeys, Mark’s grandfather would speak of mysterious lights that his father and his father before him would see, darting along the mountain tops, pausing and then disappearing as if they were never there.

On one of these adventures, deep within a new cave they came across some bizarre cave drawings.  The drawings depicted extinct animals being hunted, villagers sitting around a huge fire and the mountain range itself with strange shapes hovering above them.  They venture further into the cave following the drawings and come across unusual images of what looked like villagers celebrating or interacting with other beings who were in what could only be described as odd, ceremonial garb.  As they stare in awe at the drawings, their eyes come to rest on a small mound at the base of the wall.  They gently clear way the dirt and discover what appears to be blue bones.  They stare at each other in disbelief and confusion but opt to leave the bones where they had been resting for who knows how long.

Now the homestead belongs to Mark, his wife and their 3 children.  His will be the 13th generation to call this place “home.”  Recently his son Luc mentioned that he had seen odd lights out in the woods as he was feeding their horses the other afternoon.  Mark let is slide but it brought back a memory from his youth.  A story his grandfather had told him resonated and put him at unease.  It’s now 3 am and Mark has yet to fall asleep.  Something about what his son told him about the lights in the woods has set him on edge.  As his family sleeps, Mark’s mind wanders until he notices that his room is glowing with a blue light.  Nothing he has lived through can prepare him for “The Visit…” 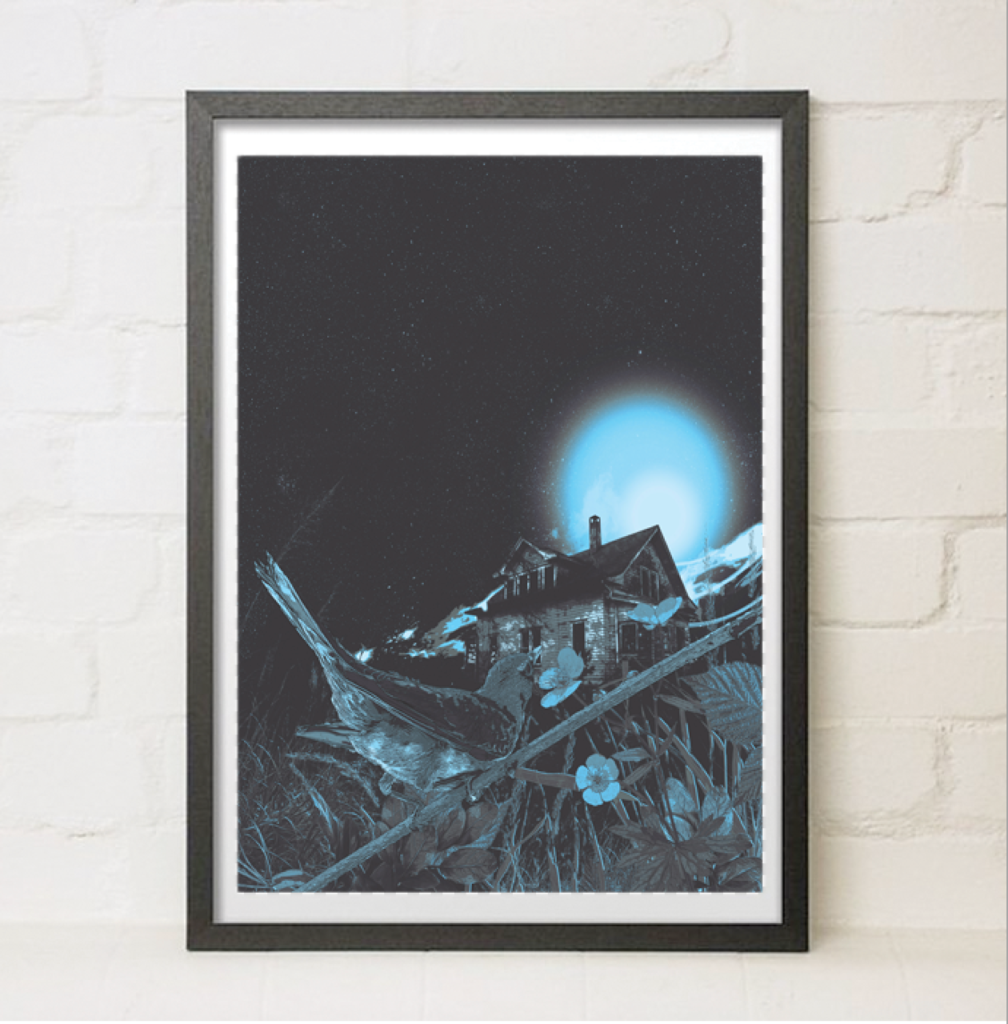 “The Visit” by Chris Malbon 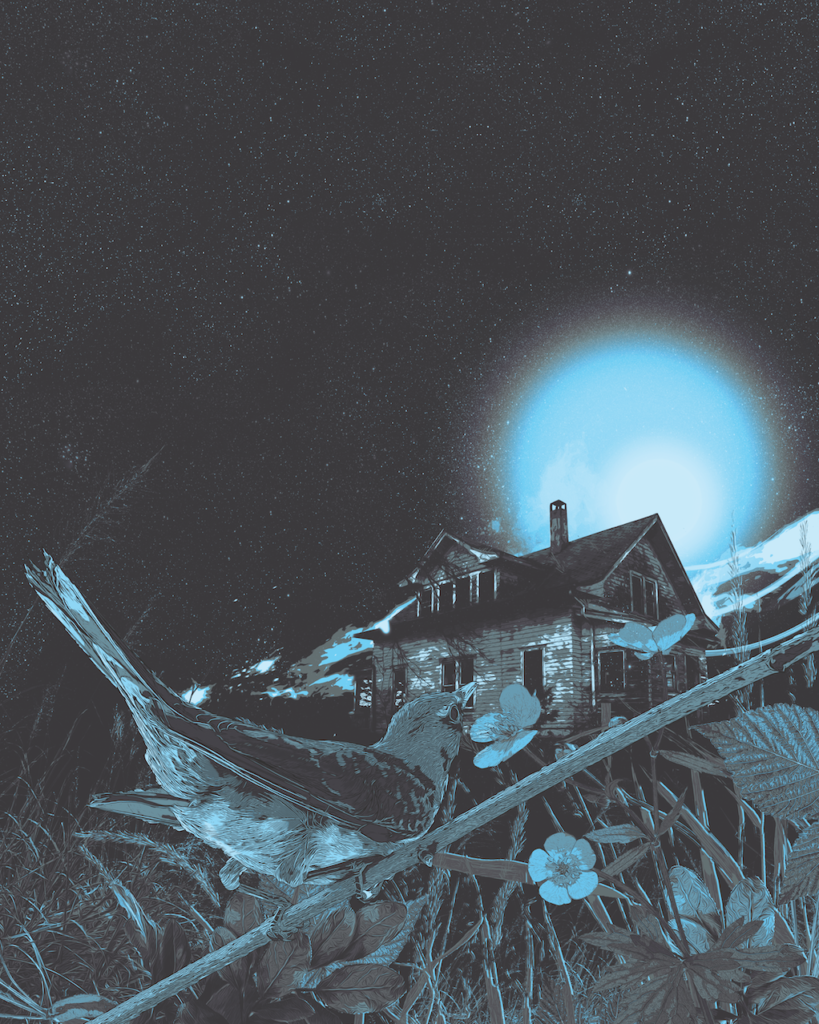