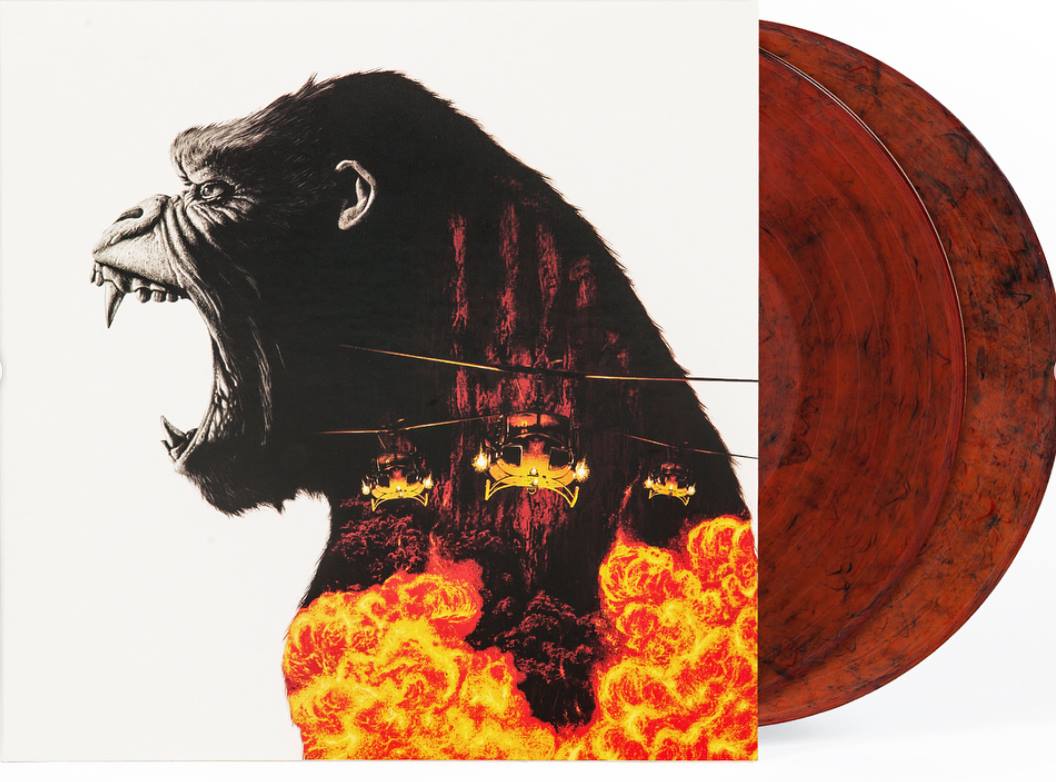 In 2017 we collaborated with Legendary Pictures and Warner Bros. to create art for their monster film, “Kong: Skull Island.”  Directed by Jordan Vogt-Roberts the film is an action-packed thrill ride that rebooted the King Kong franchise and left fans cheering for the The Eighth Wonder of the World.  This week, Waxwork Records has released the score to the film featuring art by Poster Posse Pro Andrew Swainson and the talented artist, JC Richard.  We were honored to work with Waxwork on this project and we absolutely love the end result. Here is the full breakdown from their website. 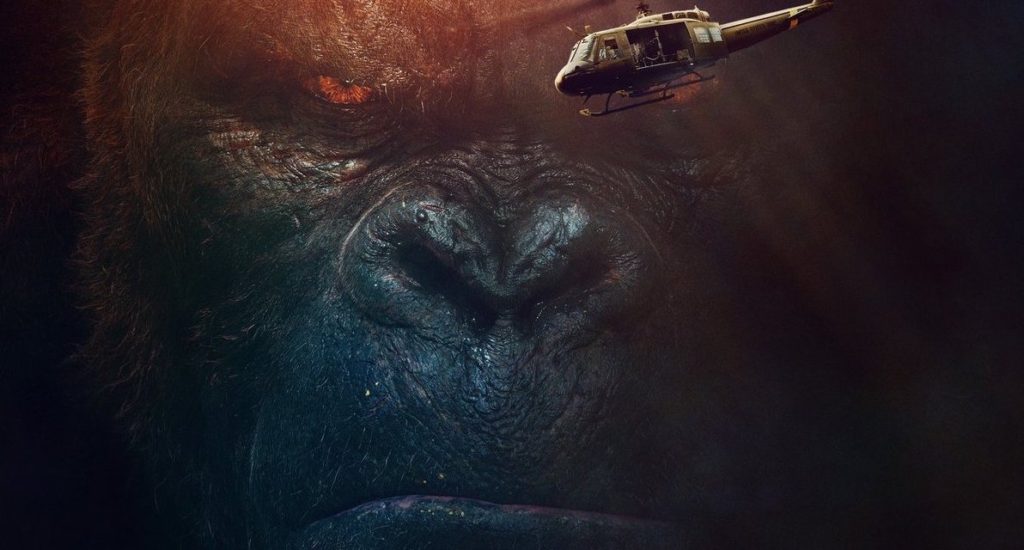 The score is composed by the accomplished Henry Jackman (Wreck-It Ralph, Captain American: Civil War, The Predator). The compositions blend 1970’s psychedelic guitars with a pulsing, bombastic orchestra, thus effectively capturing the era of which the film takes place coupled with monster-filled action sequences. Massive percussion and dizzying strings thrust the listener straight into the action. 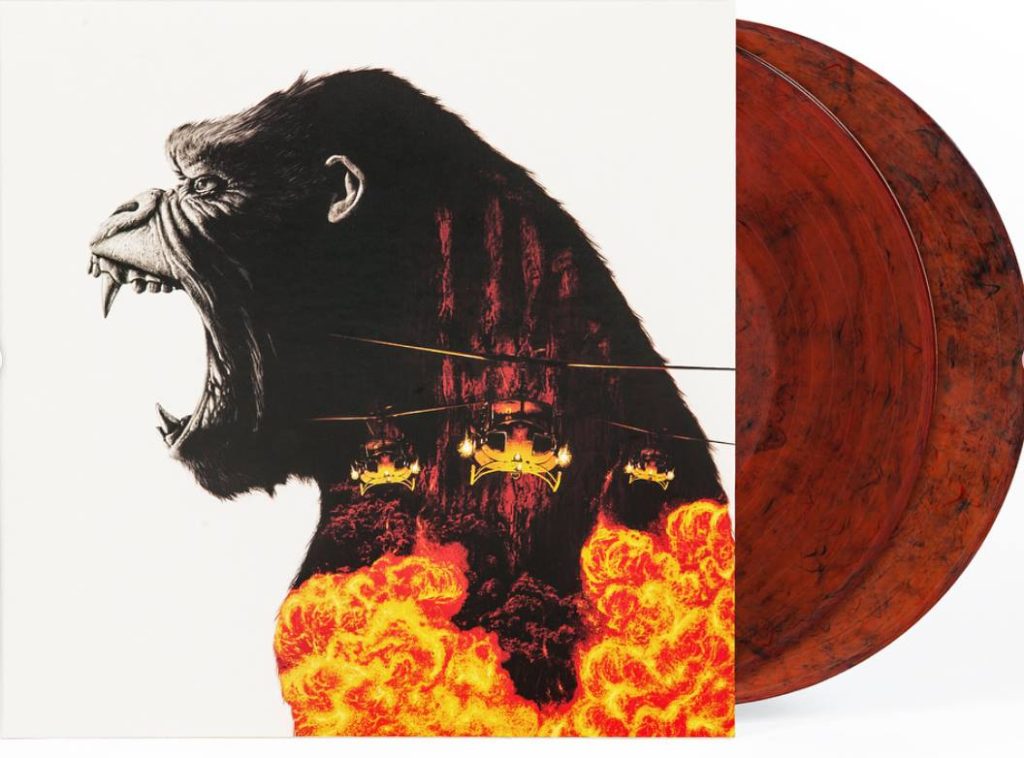 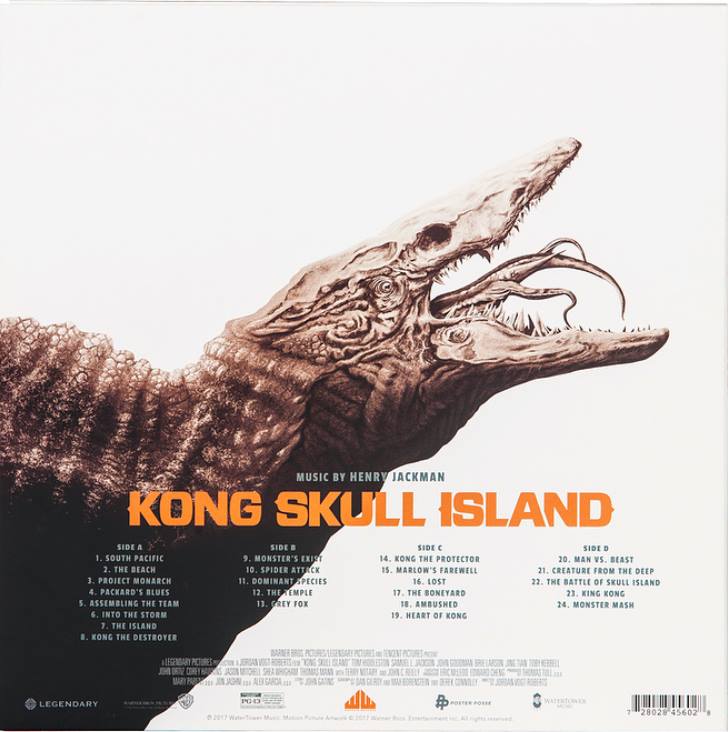 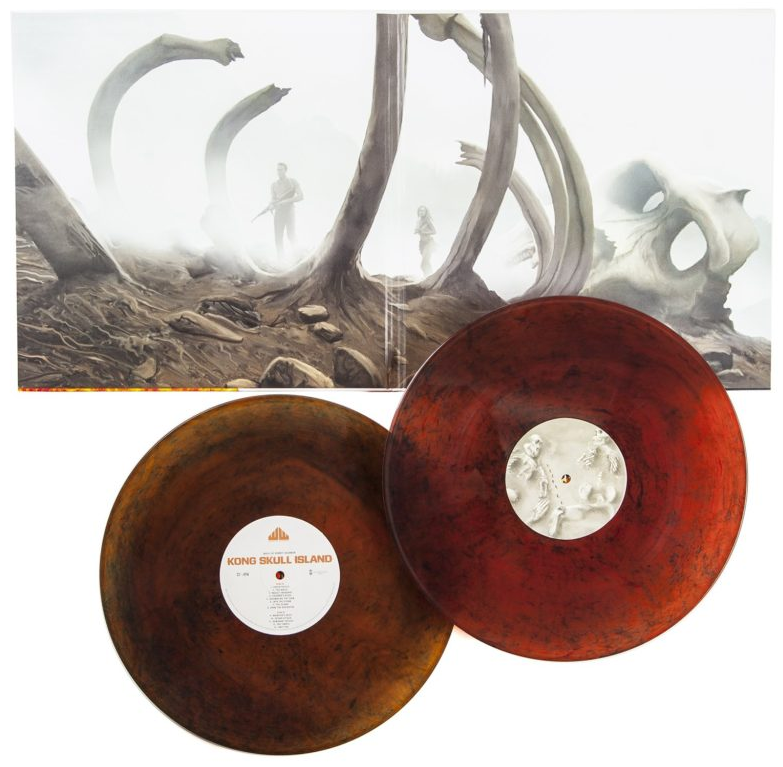 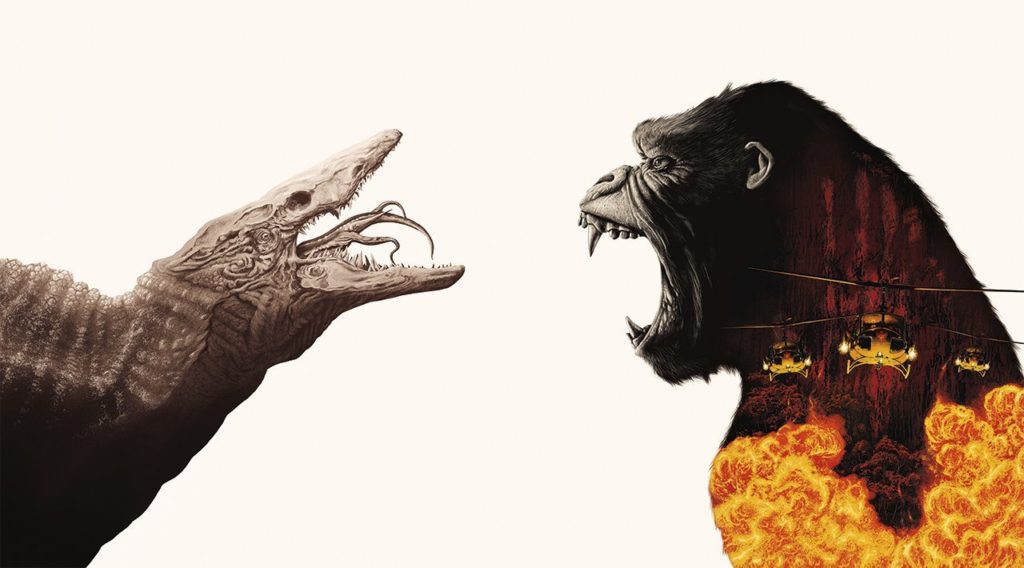