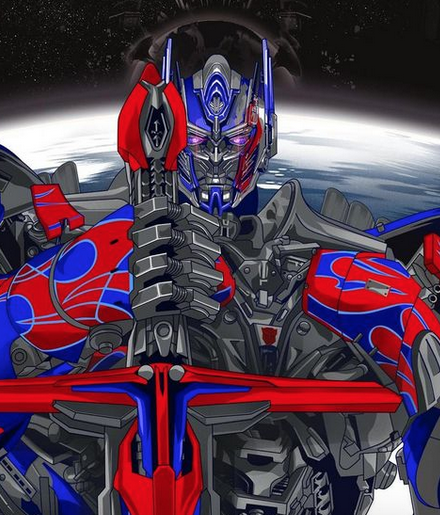 Recently we partnered with Paramount Pictures to celebrate the 10th Anniversary of Michael Bay’s “Transformers” franchise, as well as, the DVD/ Blu-ray release of “Transformers: The Last Knight.”  Here is a look at the 4 posters we created.  (You can also view larger versions of them in a really great writeup by Fandom HERE.) 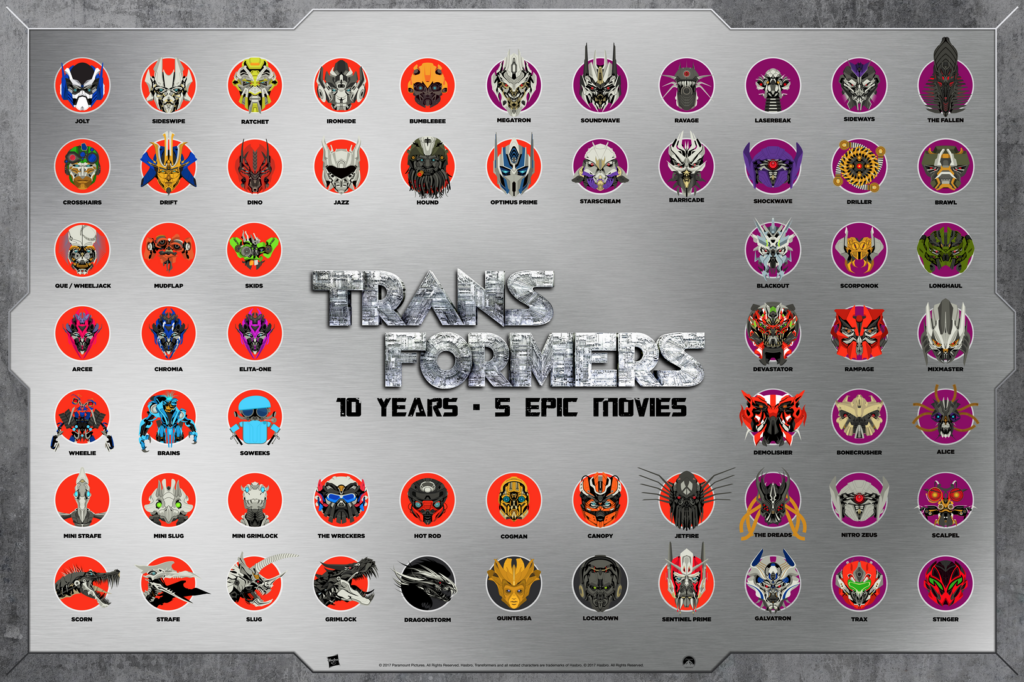 This anniversary tribute was done by Poster Posse Pro Salvador Anguiano and features over 60 legendary Autobots and Decepticons from the past 10 years and 5 films.  The next 3 images pay tribute to the new film, “Transformers: The Last Knight” and the release of the DVD/ Blu-ray along with the box set featuring all 5 films in the franchise. 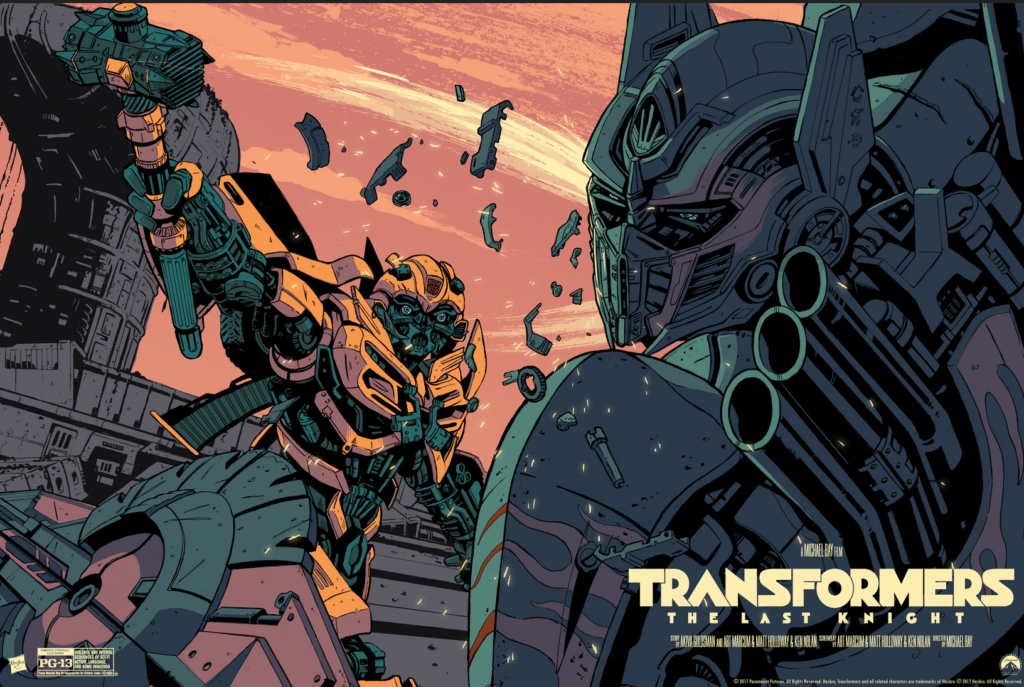 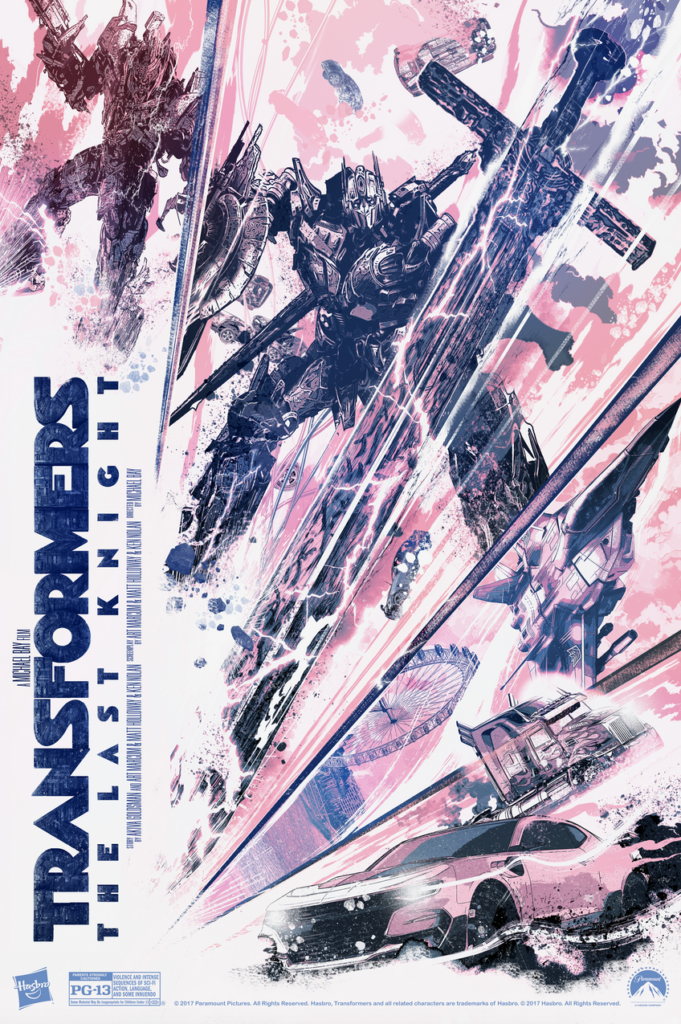 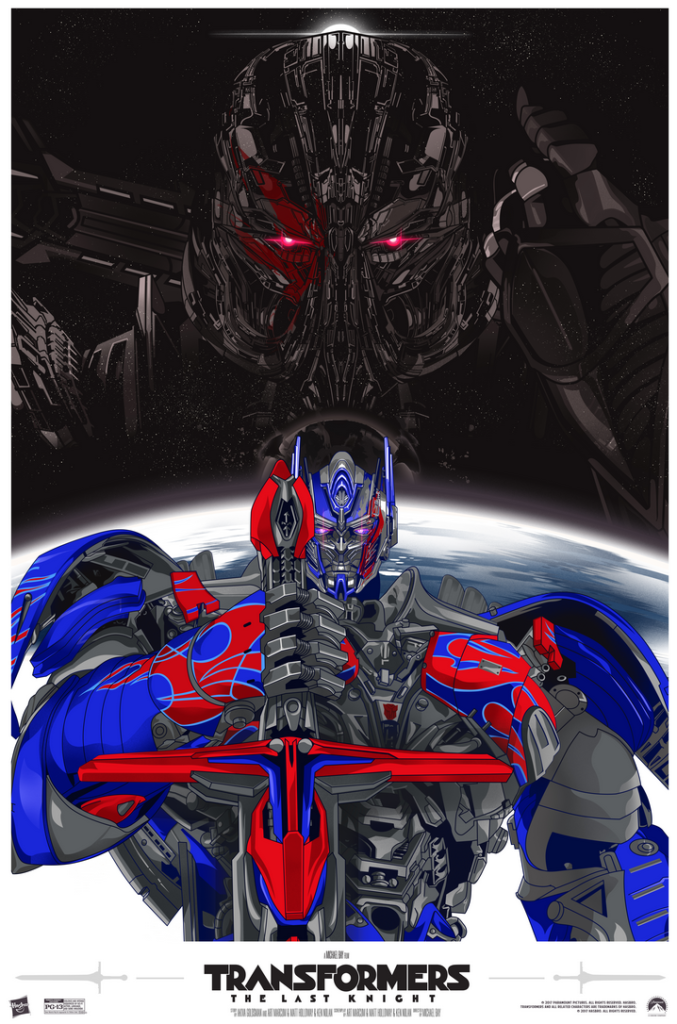 Huge thank you to Paramount for letting us play in the Transformers Universe.  Stay tuned for our next official project!