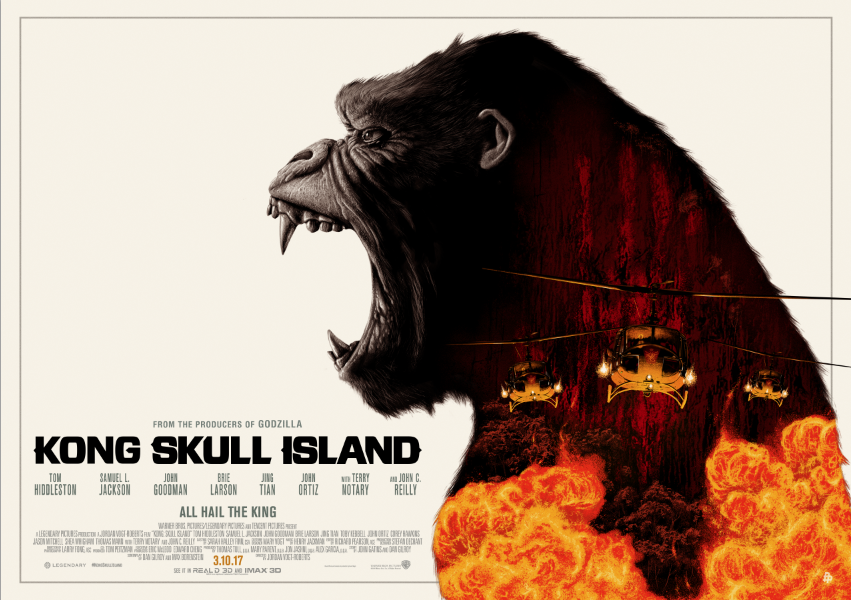 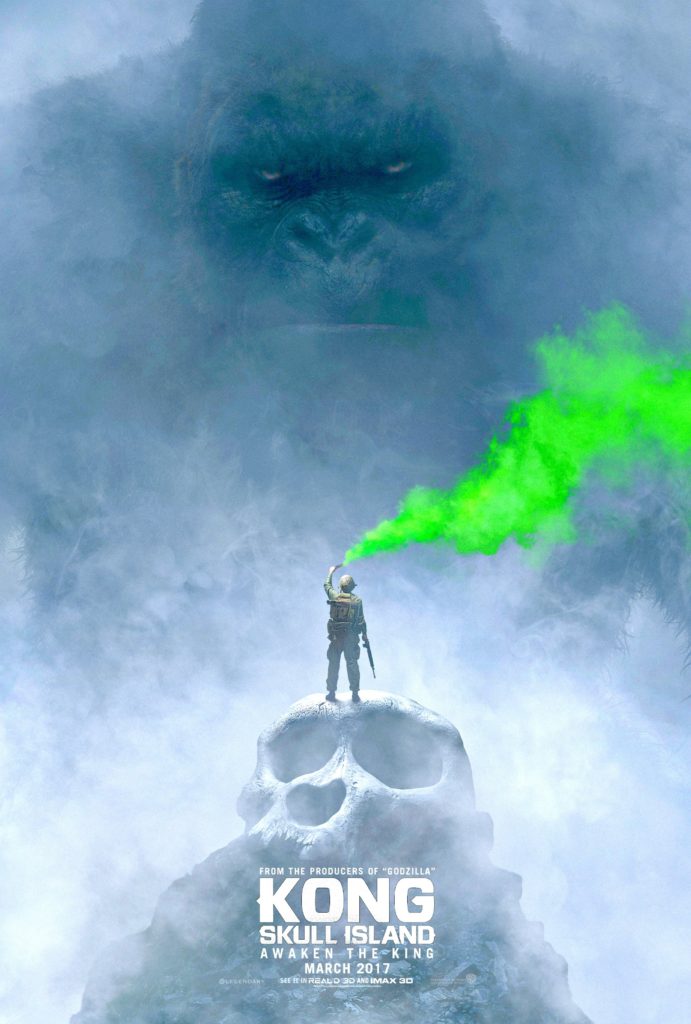 Today we are BEYOND excited to share our latest official collaboration.  We were extremely fortunate to partner with Warner Bros Pictures and Legendary to help promote one of our most anticipated films of the year, “Kong: Skull Island.”  The “Eighth Wonder Of The World” has been an iconic character in film and pop culture history ever since he was conceived by Edgar Wallace and Merian C. Cooper and exploded onto the Silver Screen in 1933.  This reboot of the franchise is directed by Jordan Vogt-Roberts and touts a stellar cast including: Tom Hiddleston, Samuel L Jackson, Brie Larson, John Goodman, and John C Reilly.  It’s an action-packed, no holds barred, thrill ride that uttertly brings Kong to a whole new generation of fans and cements his place in present day mythology.  Here is a look at all the pieces from our official collaboration for “Kong: Skull Island.” 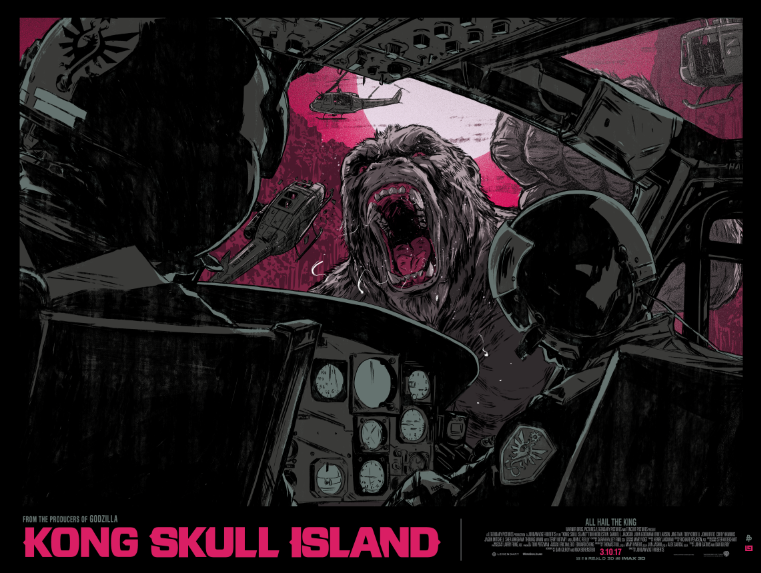 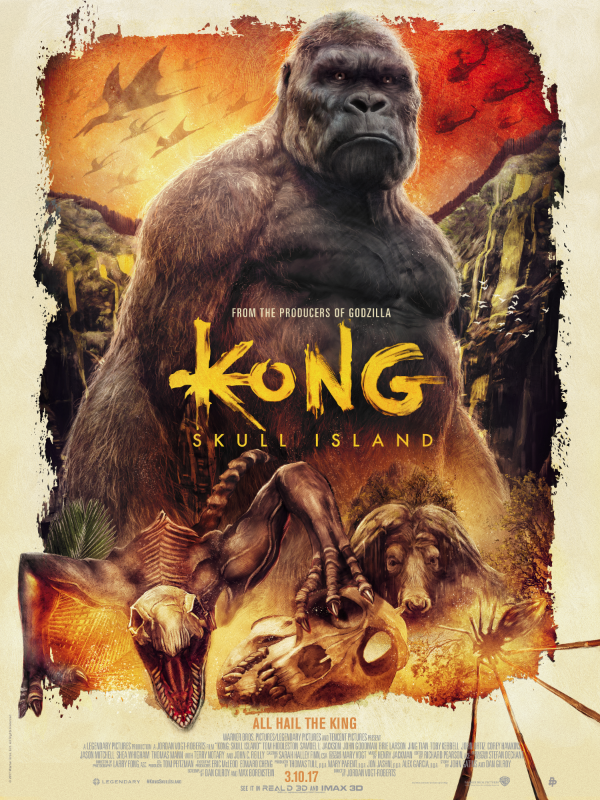 Director Jordan Vogt-Roberts had this to say about the film:  “Kong is film history. He’s an icon, he’s a piece of pop culture, and so I had an enormous love of Kong and of creature features and just genre story telling. And I love the idea of doing something new with it, using a character that people love to show them something new in the world and something new with cinema, and to play around with it.  I think the most challenging aspect was just making sure we deliver for audiences. That we give them something that feels fresh, where you go to the theater every day and think ‘Was it worth it?’.  In a world of on demand everything, we need to make sure that we give them an experience that feels like it was absolutely worth their time.  I’m very proud of how this looks and I’m very proud of what the set pieces are and I think there’s a lot of stuff where audiences will walk out and feel like ‘I’ve never seen that before.’ There’s stuff that’s just pretty bonkers, and I’m excited about that.” 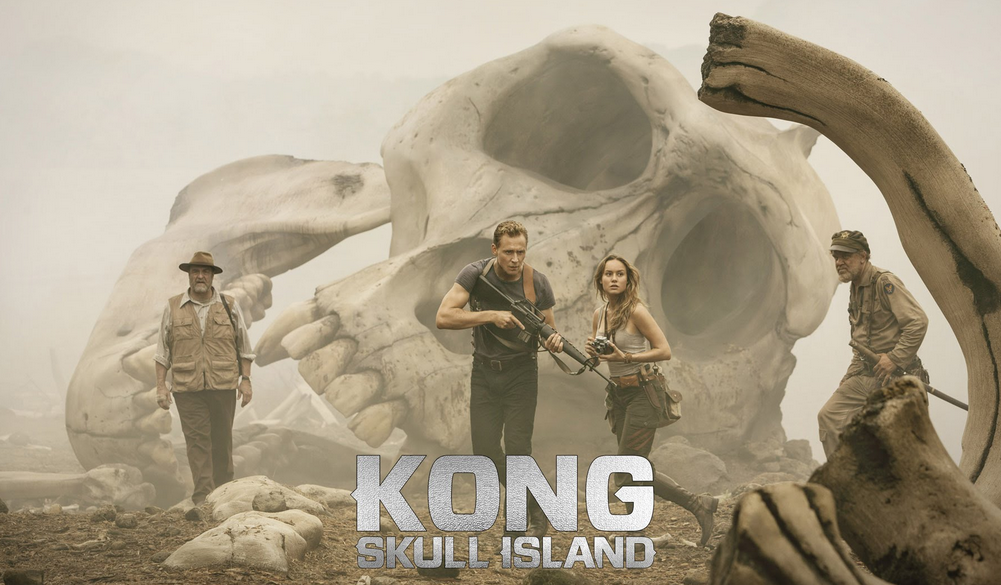 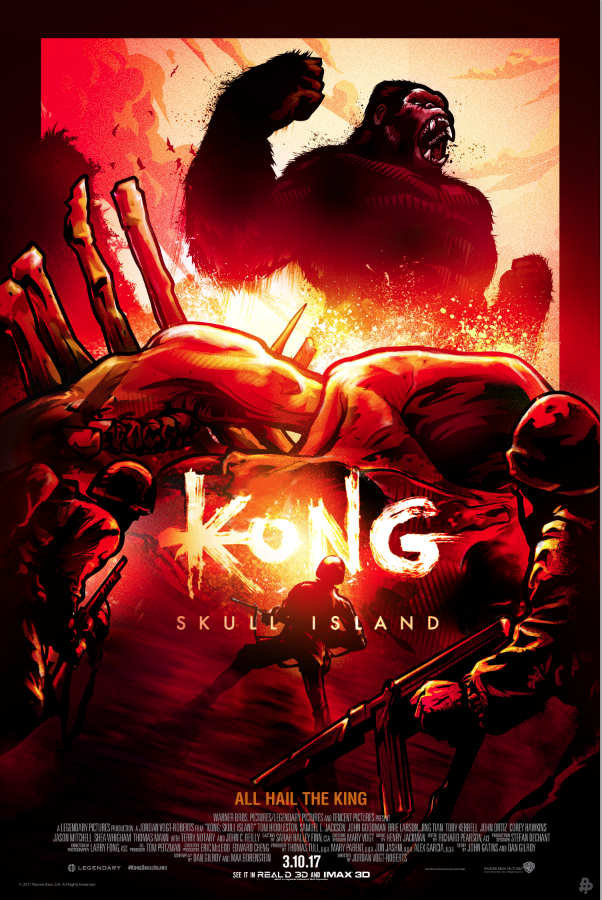 When a scientific expedition to an uncharted island awakens titanic forces of nature, a mission of discovery becomes an explosive war between monster and man. Tom Hiddleston, Samuel L. Jackson, Brie Larson, John Goodman and John C. Reilly star in a thrilling and original new adventure that reveals the untold story of how Kong became King. 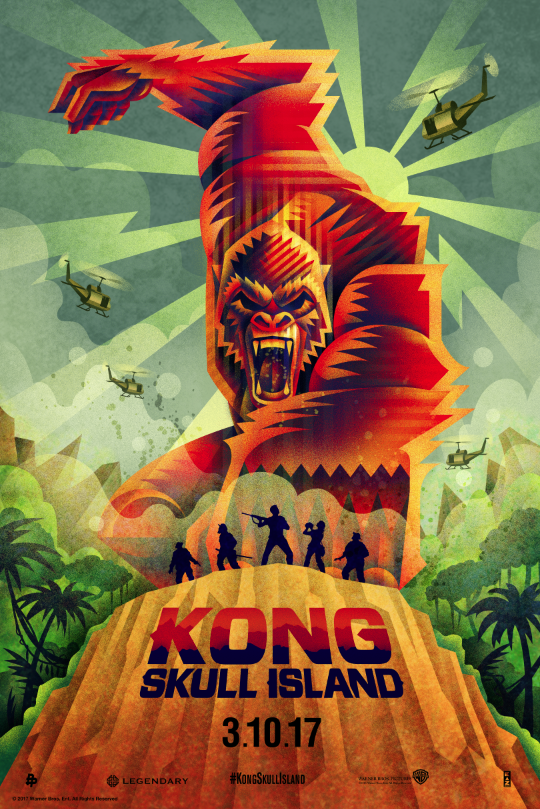 As an added bonus, the art will be featured at Bottleneck Gallery as part of “Tribe of Kong: An Art Show.”  Here is the official announcement about the exhibit.

KONG is an influential cinematic icon that has inspired nothing short of a pop culture movement. His references appear in more than television and movies… They are also found in music, fashion and art. Kong is a source of creative inspiration for generations of fans. In celebration of his iconic status and the release of ​”Kong: Sku​ll Island,” Warner Bros. Pictures and Legendary Entertainment will curate a series of Kong – Tribute Art to be showcased in a limited engagement gallery at the Bottleneck Gallery in Williamsburg, Brooklyn. 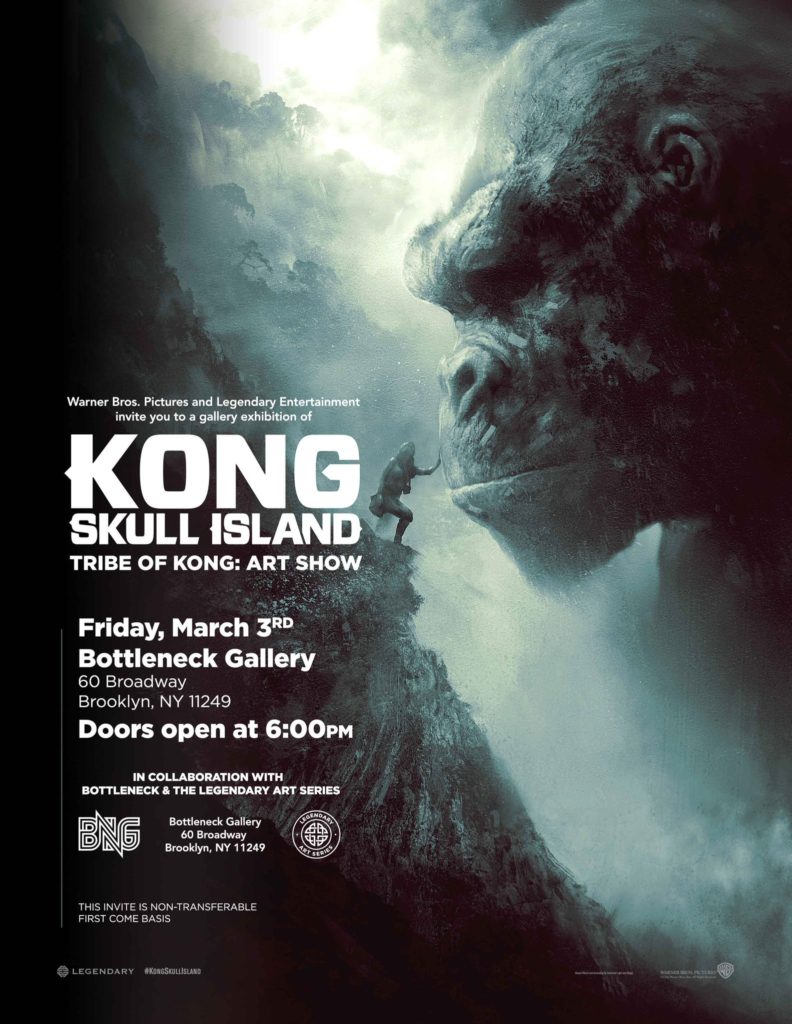 The Poster Posse is a diverse collective of artists from all over the world who engages the masses by creating highly desirable art for the movies you are dying to see. From sci-fi, to comedy and everything in between, we love movies as an art form and utilize our talents and unique perspectives to create art that pays homage to them.

Bottleneck Gallery is a contemporary art space specializing in all facets of pop culture art, from prints to paintings to toys. The gallery has been open since 2012 and is located in the heart of Williamsburg, Brooklyn.

Stay up to date with everything KONG related via the following official links:

We invite you to share these images across social media with the hashtag:  #____lovesKong    Add your name, city, country, favorite sports team, etc.  Get creative and immerse yourself in the world of Kong when he smashes his way into Domestic theaters on March 10th.