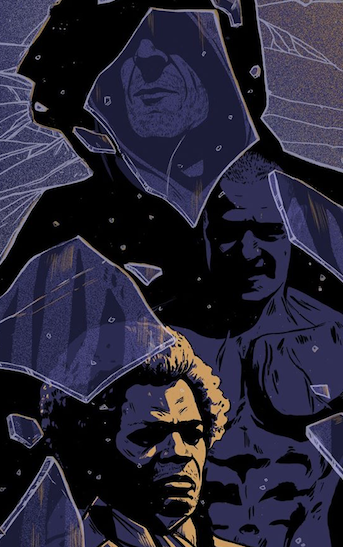 “Glass” was the third film in a series by director M. Night Shyamalan, the first two being “Unbreakable” and “Split.”  The film is a psychological superhero thriller starring Bruce Willis, James McAvoy, Samuel L Jackson and Sarah Paulson.  We created 4 posters for Disney International’s digital marketing campaign.  Here is a synopsis from the film’s official website…

M. Night Shyamalan brings together the narratives of two of his standout originals—2000’s Unbreakable, from Touchstone, and 2016’s Split, from Universal—in one explosive, all-new comic-book thriller: Glass.

From Unbreakable, Bruce Willis returns as David Dunn as does Samuel L. Jackson as Elijah Price, known also by his pseudonym Mr. Glass. Joining from Split are James McAvoy, reprising his role as Kevin Wendell Crumb and the multiple identities who reside within, and Anya Taylor-Joy as Casey Cooke, the only captive to survive an encounter with The Beast.

Following the conclusion of Split, Glass finds Dunn pursuing Crumb’s superhuman figure of The Beast in a series of escalating encounters, while the shadowy presence of Price emerges as an orchestrator who holds secrets critical to both men.

This riveting culmination of his worldwide blockbusters is produced by Shyamalan and Blumhouse Production’s Jason Blum, who also produced the writer/director’s previous two films for Universal. They produce again with Ashwin Rajan and Marc Bienstock, and Steven Schneider, who executive produces. 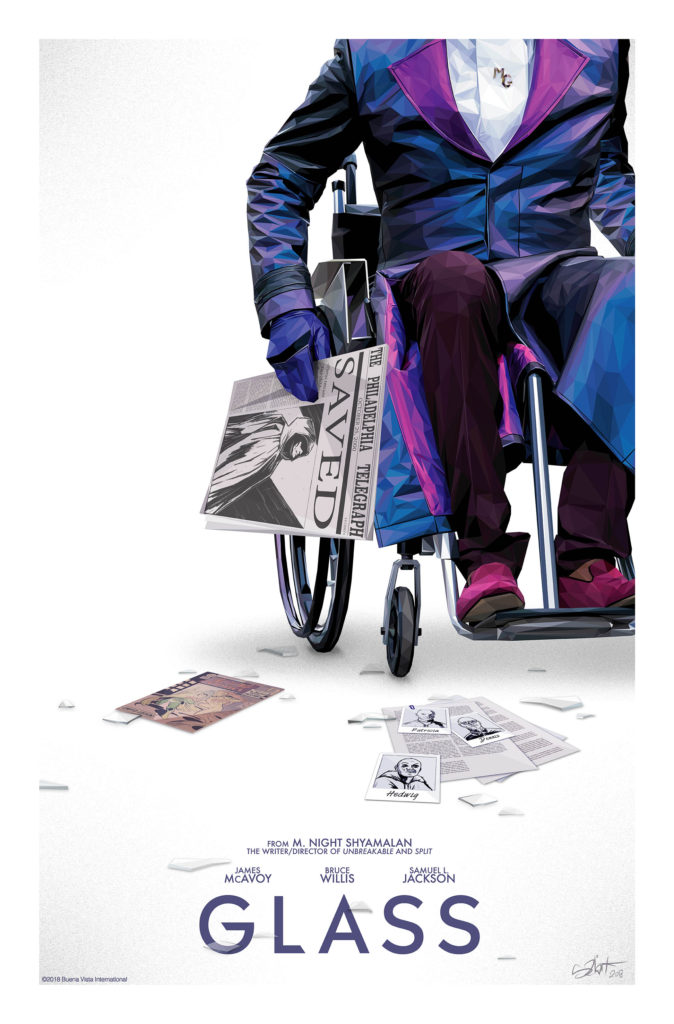 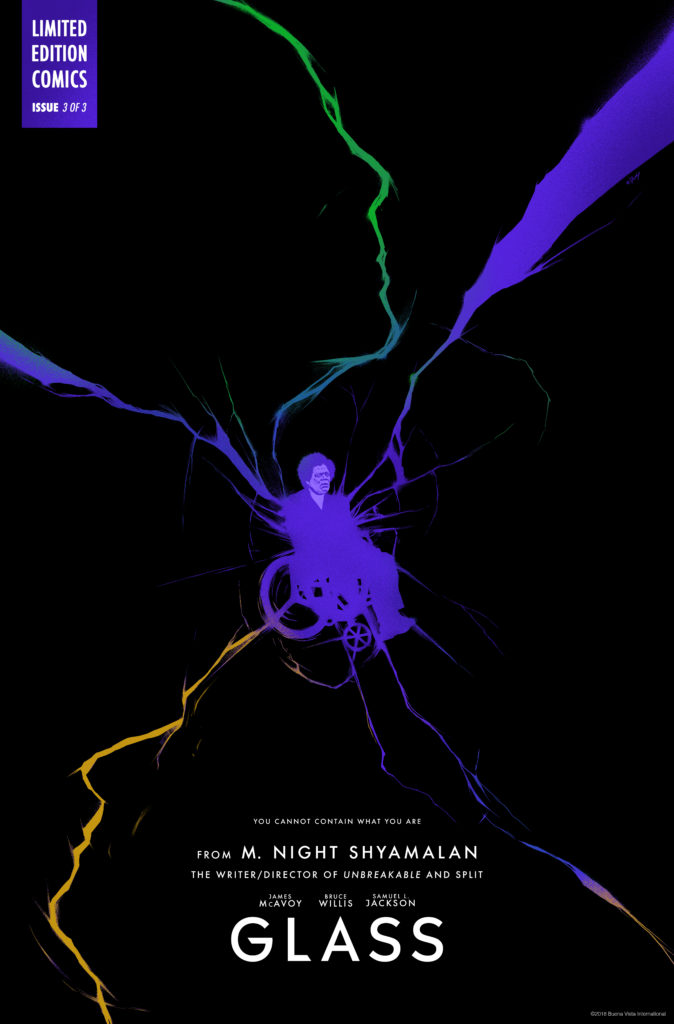 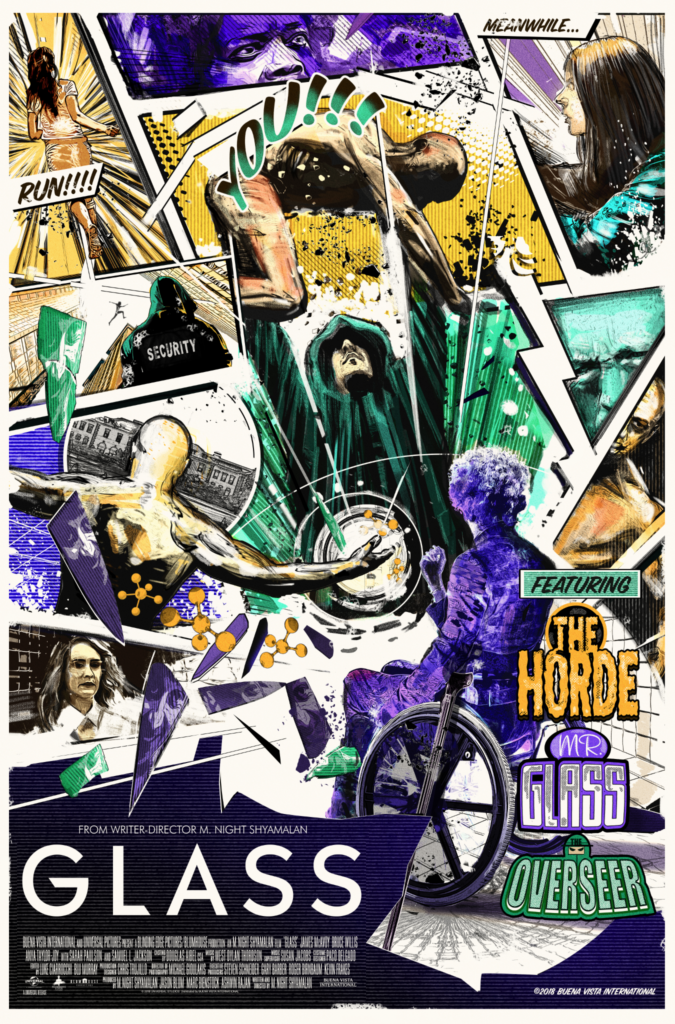 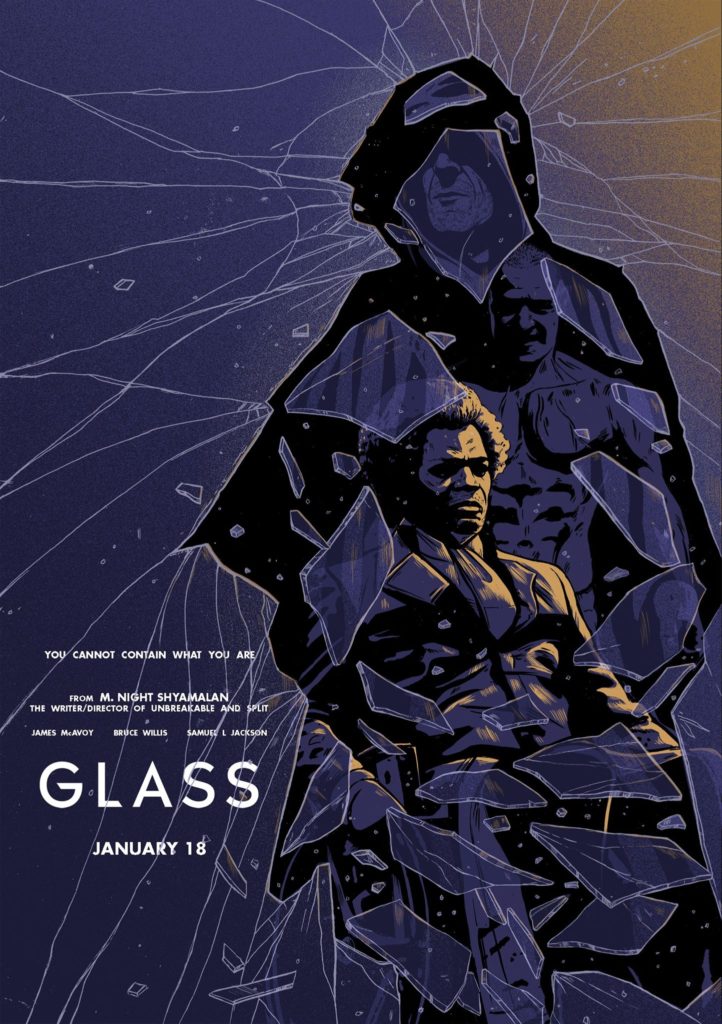