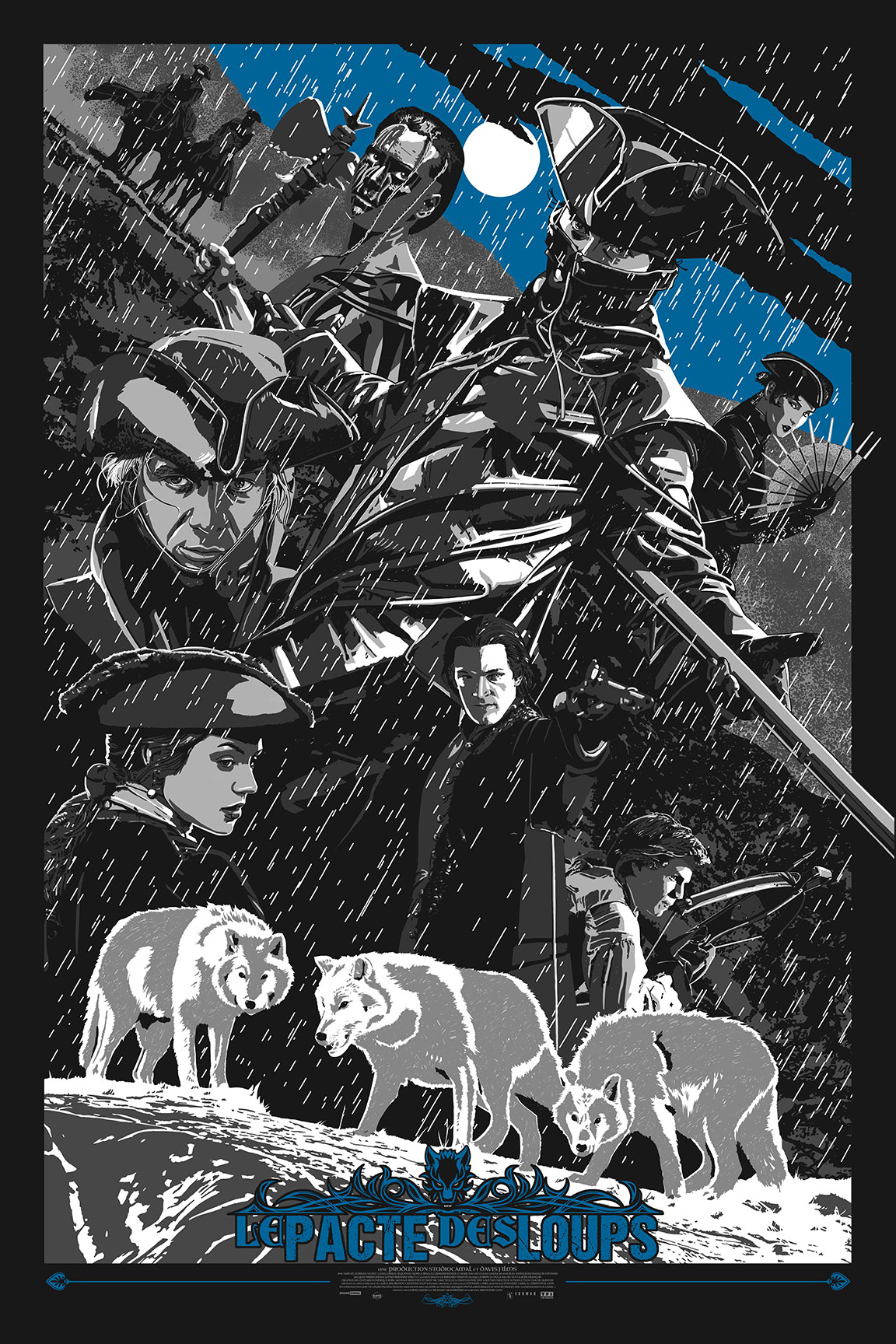 “Brotherhood of the Wolf” is a horror / action film that came out back in 2001.  Directed by Christophe Gans and based off the book by David Farland, it is loosely based off real-life series of killings in France back in the 18th century. 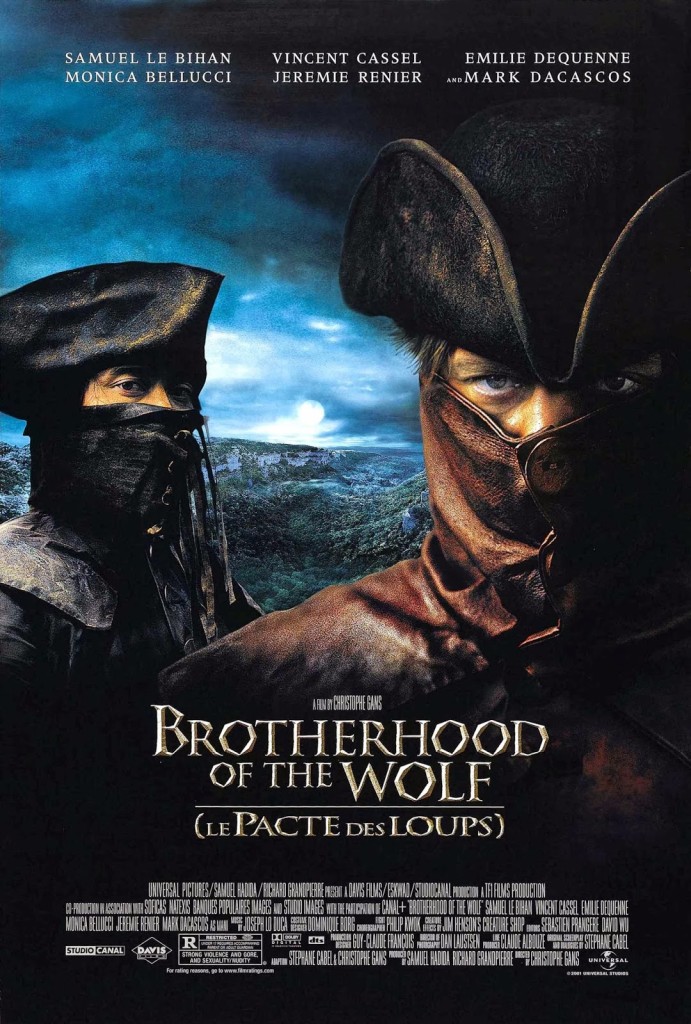 The story centers around the infamous legend of the “Beast of Gévaudan,” a powerful, intelligent wolf that is hunted by French Knight Grégoire de Fronsac and his Iroquois counterpart, Mani.  “In a rural province of France, a mysterious creature is laying waste to the countryside, savagely killing scores of women and children. Unseen, possessed of enormous strength and a human intelligence, the beast has eluded capture for years. King Louis sends in a renowned scientist and his Iroquois blood brother, an unconventional team whose combined methods and capabilities may bring the beast down. But the true nature of the beast is not what anyone could have anticipated.”  Packed with martial arts and awesome swashbuckling fight scenes, “Brotherhood of the Wolf” is still well worth the watch. 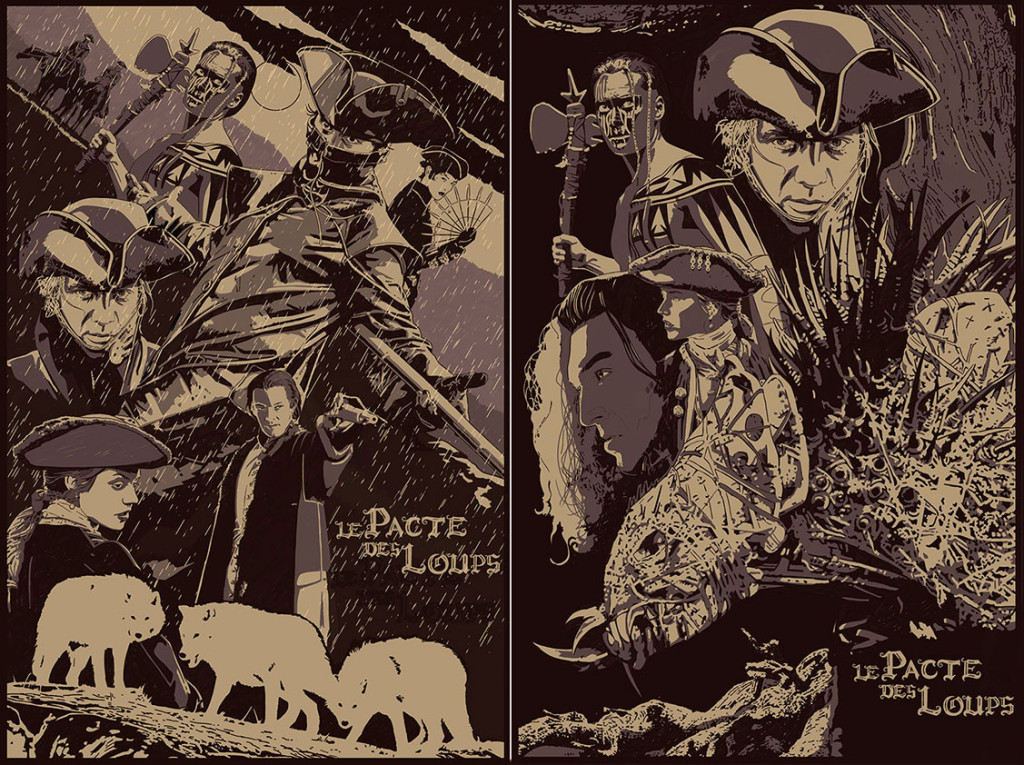 The Dark Inker has just finished a private commission for the film and we LOVE it.  Here is a look at some initial concept images along with some words from The Dark Inker and his final version of the print. 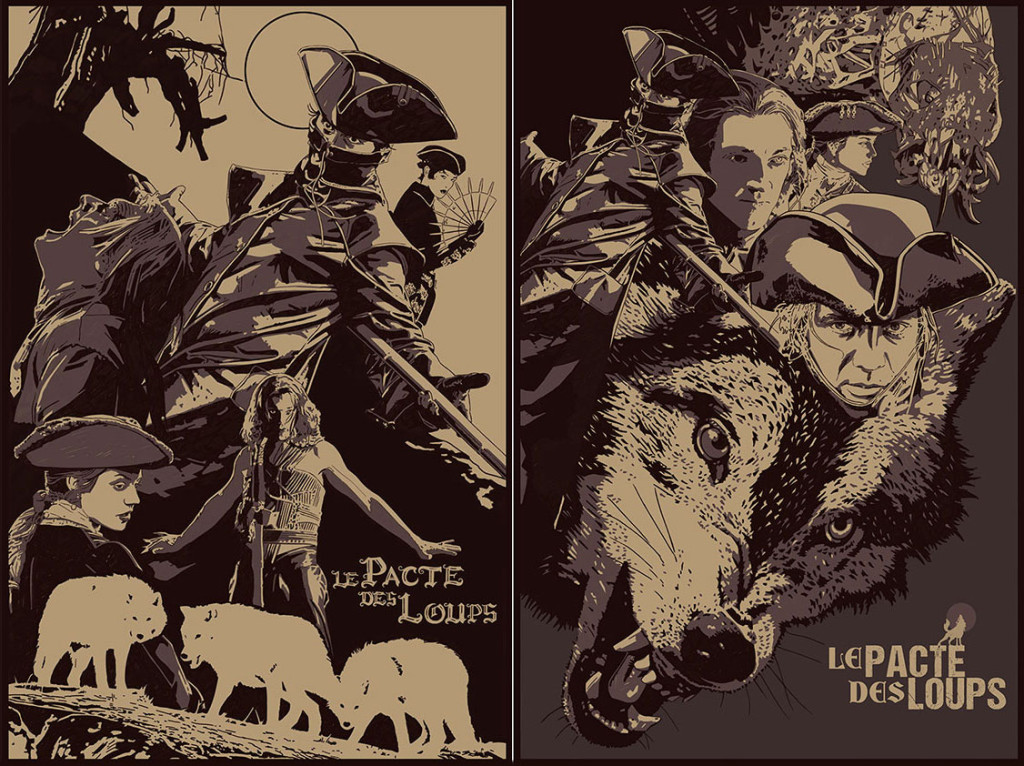 This commission followed on from my Gangs of New York Print and as I was a big fan of the film I was more than happy to take it on. I love historical movies, add in a mysterious beast, swashbuckling fight scenes with martial arts!! what more could you ask for!!

(Detail shots of final version)
The only real issue with the final design was colour palette, we went through a fair number of different colour combinations before settling on the one we have here, which for me, personally works best. It was a lovely surprise to be asked to tackle this movie but I’m really grateful to the group for giving me the opportunity, it was a blast!! 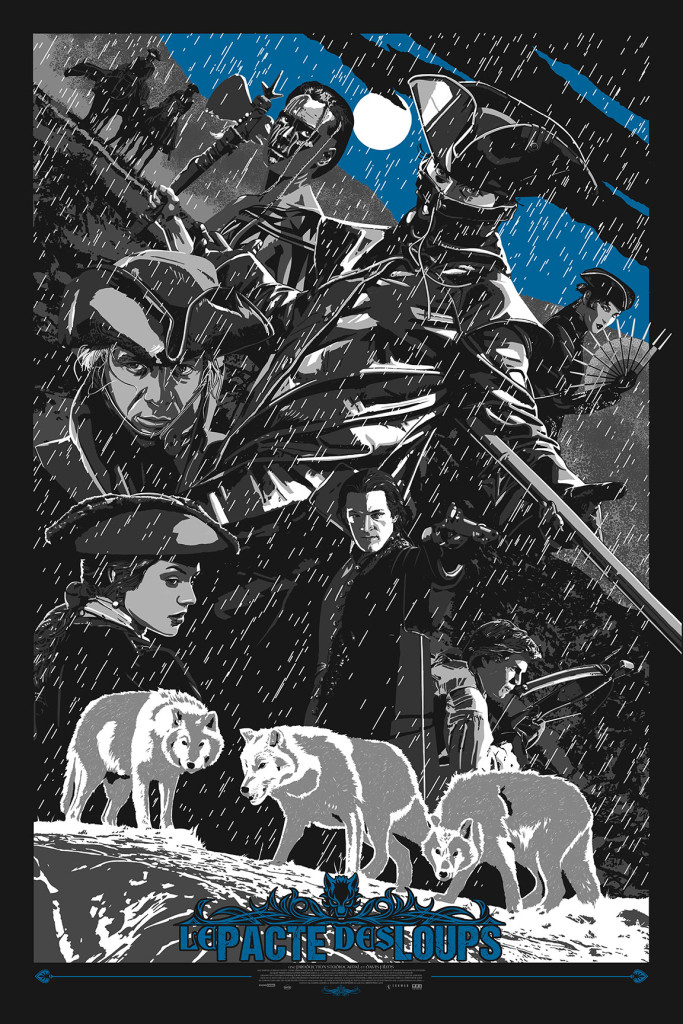 “LePacte Des Loups” by The Dark Inker
24 x 36
6 Colours 3 metallics
Printers Lady Lazarus
Head over to The Dark Inker’s OFFICIAL WEBSITE  and BEHANCE page to see more of his phenomenal portfolio.  You should also check out his YOUTUBE page as he has posted some great process videos.