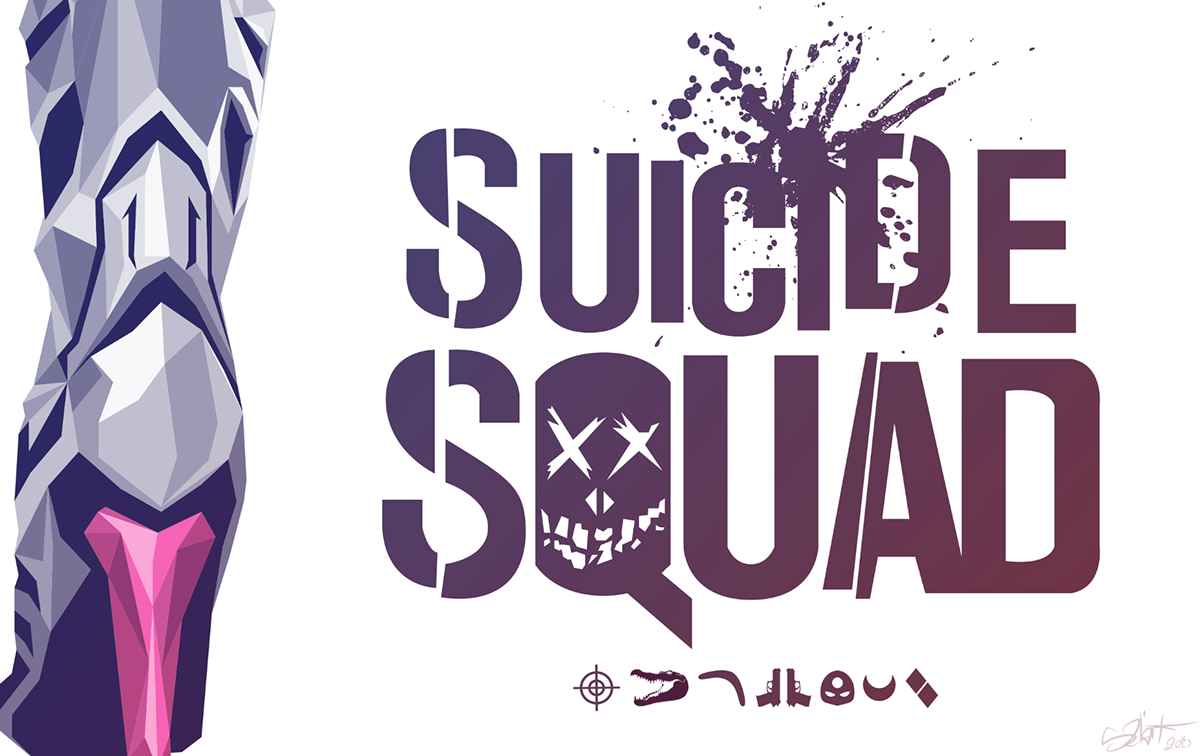 One of our most anticipated films of 2016 is the upcoming mayhem of DC’s bad guys doing good flick, “Suicide Squad.” For those of you in the dark on the Suicide Squad, here is an in depth breakdown of the first trailer that will explain all the characters and their origins.

A couple members of the Poster Posse couldn’t wait to delve into this dark universe and here are the fruits of their labor.  First up is French artist Simon Delart.  His geometric designs bewilder us each and every time and this new one for the Suicide Squad is no exception.  He’s singled out Margot Robbie for this one and we’re glad he did. 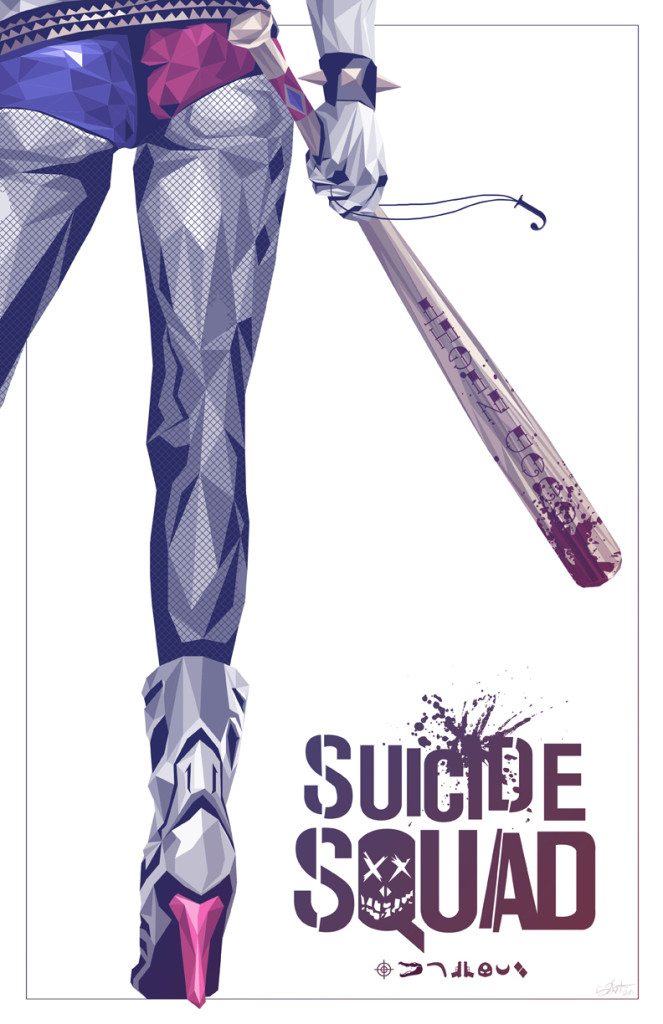 I created this poster after having seen the first trailer of Suicide Squad. When the very first stolen pictures of the set appeared on Internet, I was not very excited by the film. Except for Margot Robbie and Will Smith (because I liked them in “Focus”), the rest of the casting didn’t interested me. Then the trailer came out and it was perfect ! Great characters, Jared Joker Leto seems amazing, and Margot Robbie just stole the attention.  So here is my tribute to here character, sexy, scary and crazy ! – Simon Delart 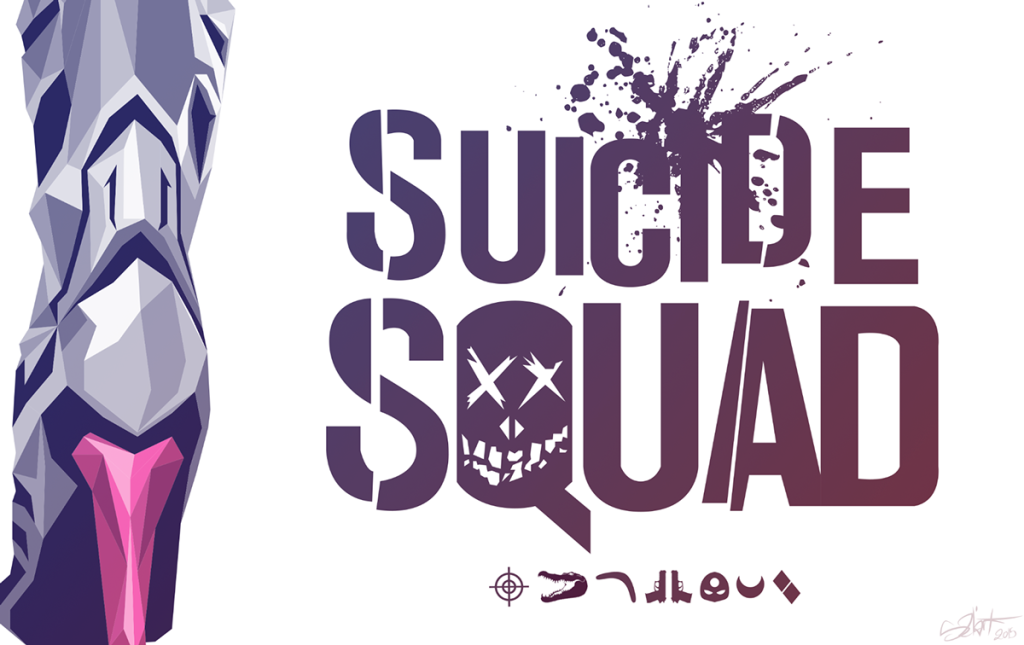 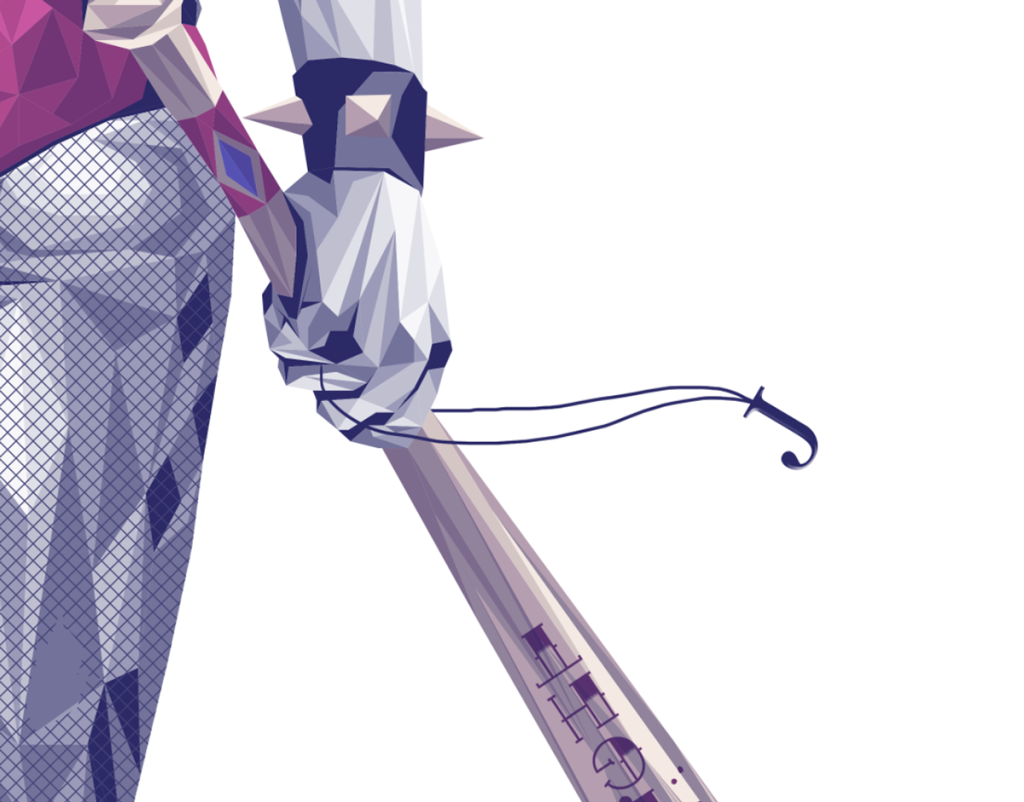 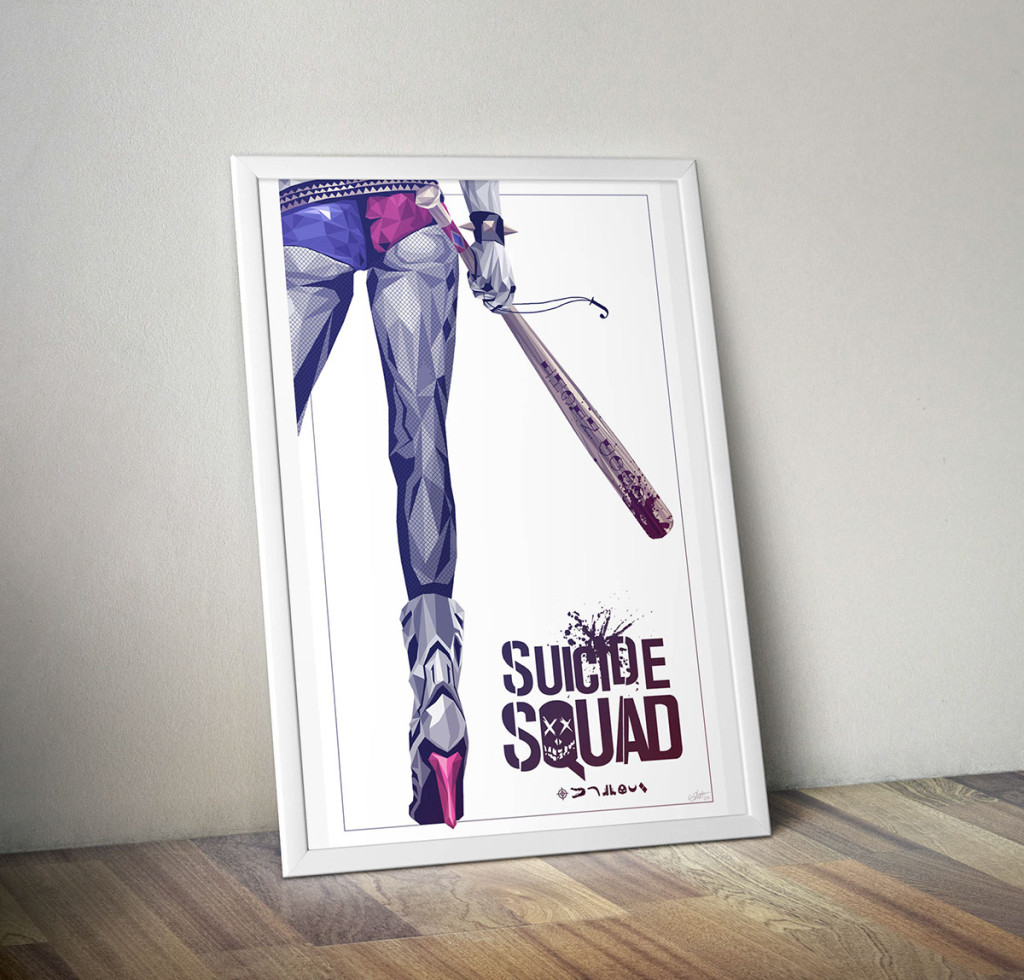 Next up is U.K. artist Luke Butland.  “After seeing the SDCC footage for Suicide Squad I couldn’t help myself and got straight to work on this beast of a print.  The artwork itself was inspired by one of my favorite comic artists Jim Lee and this illustration was the main starting point for the print.  Needless to say i am rather excited for 2016.” – Luke Butland 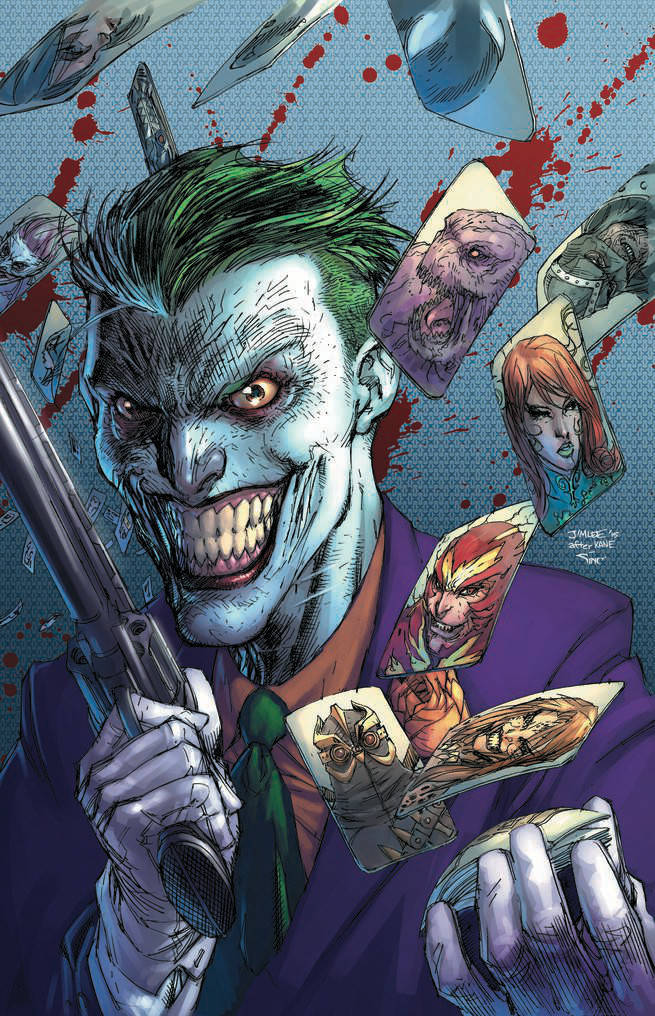 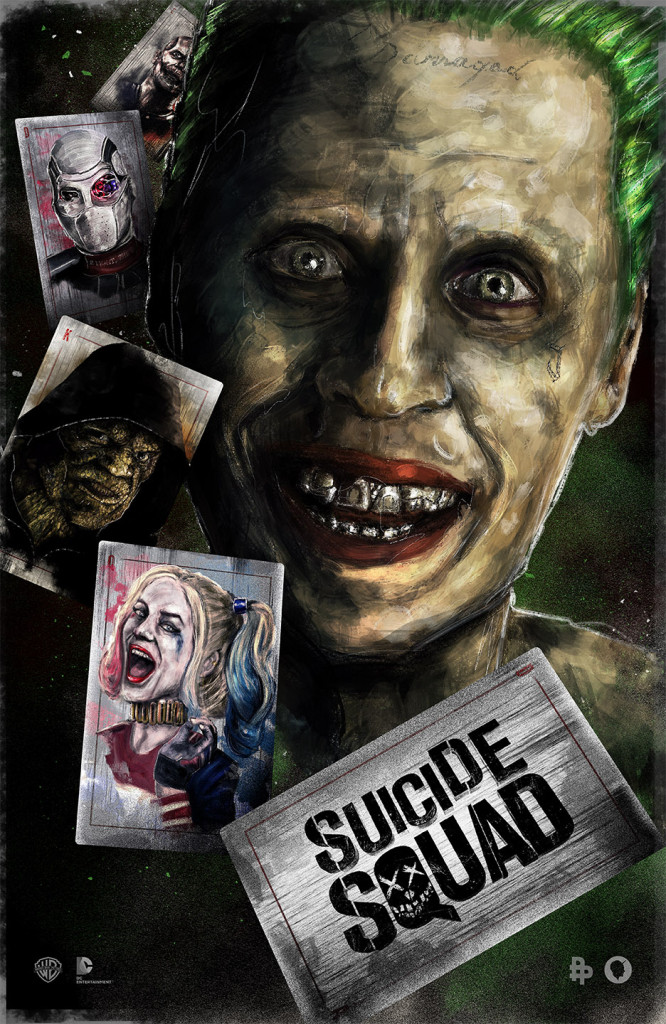 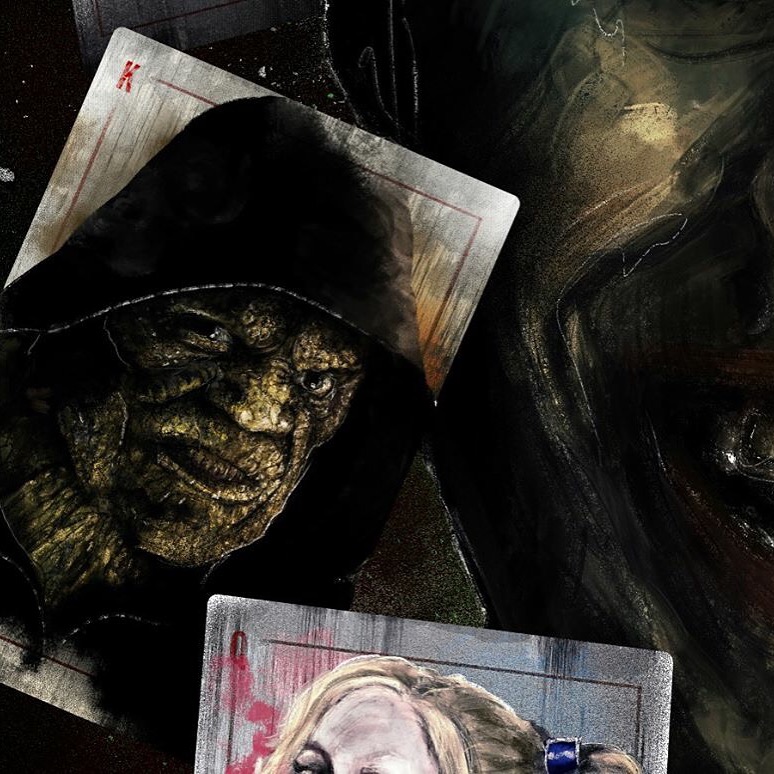 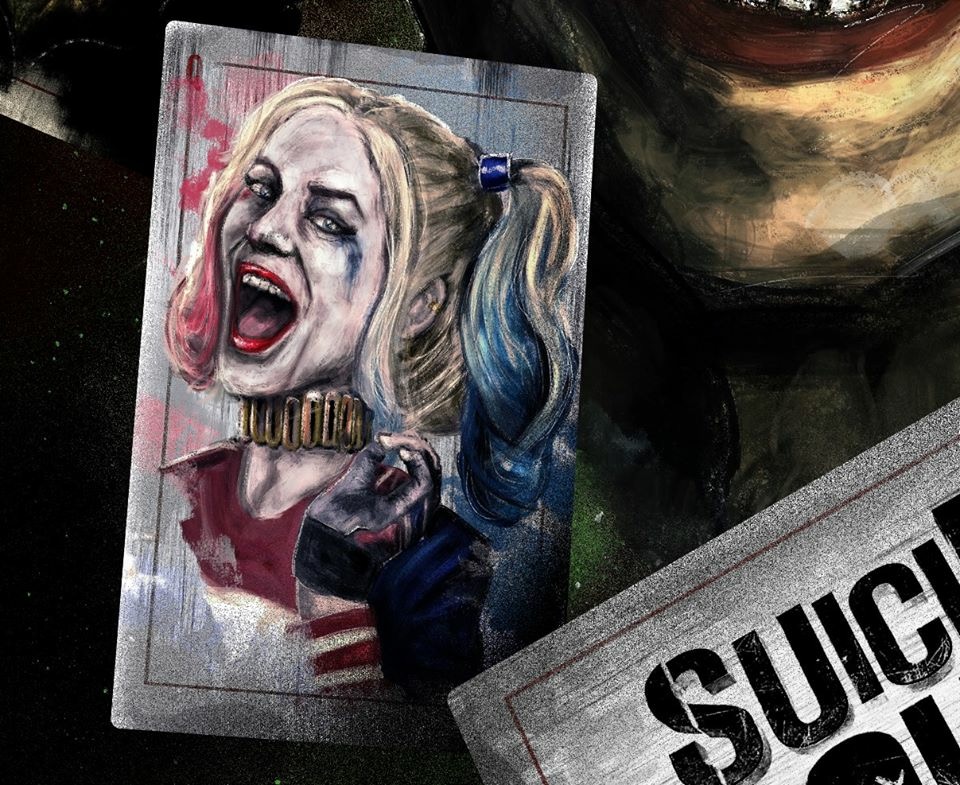