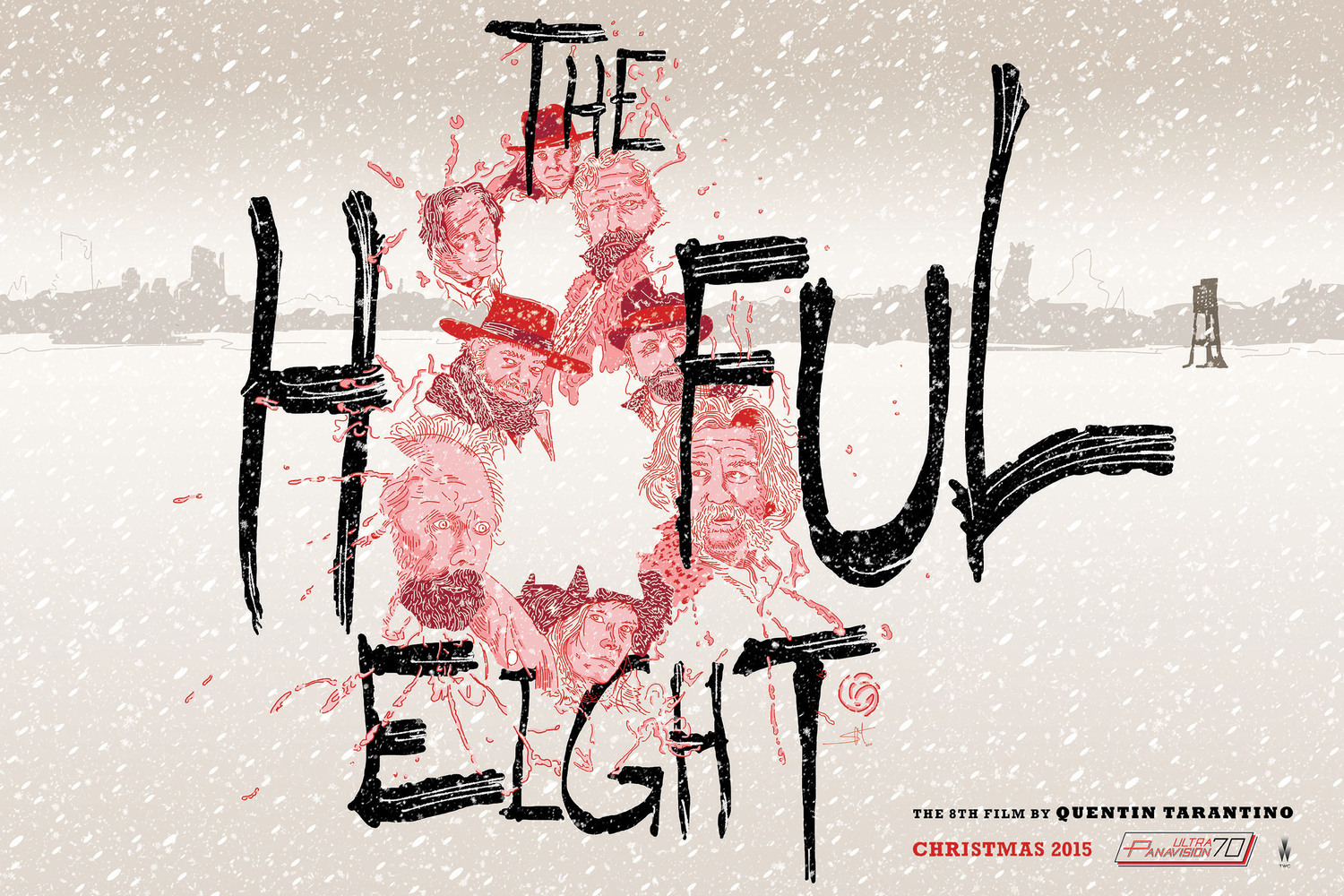 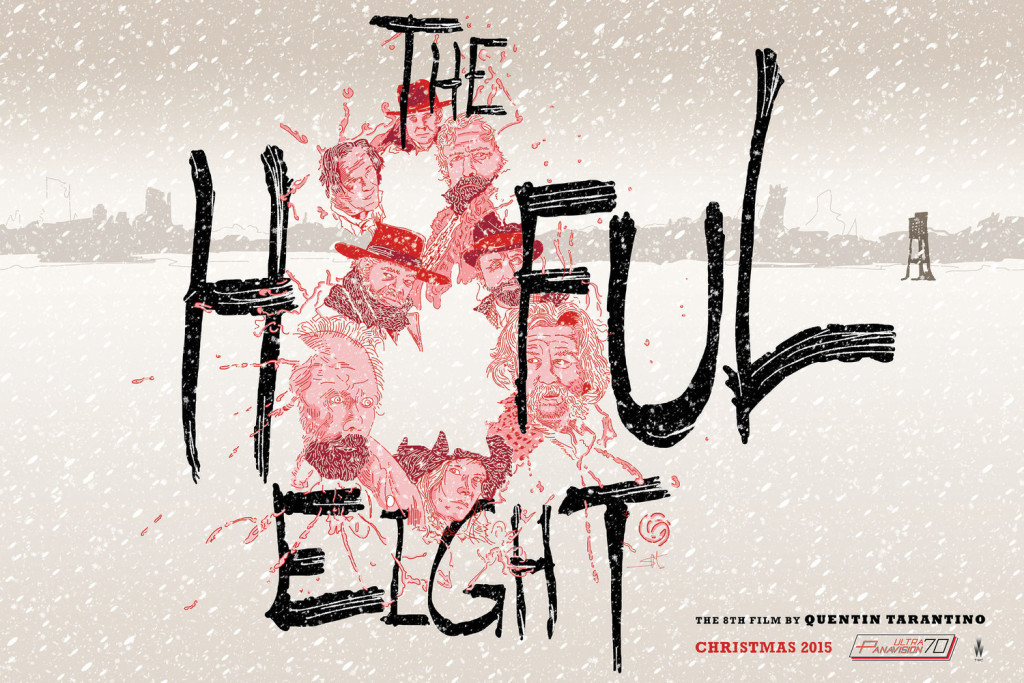 “The Hateful 8” print by Sharm Murugiah

Quentin Tarantino’s 8th film, “The Hateful 8” is due to hit theaters this Christmas and the trailer reveals that it is going to be packed with action, mayhem and stars.  Sharm Murugiah has just released a new poster paying homage to the film and the Weinstein Company has just released the official trailer.

In THE HATEFUL EIGHT, set six or eight or twelve years after the Civil War, a stagecoach hurtles through the wintry Wyoming landscape. The passengers, bounty hunter John Ruth (Russell) and his fugitive Daisy Domergue (Leigh), race towards the town of Red Rock where Ruth, known in these parts as “The Hangman,” will bring Domergue to justice. Along the road, they encounter two strangers: Major Marquis Warren (Jackson), a black former union soldier turned infamous bounty hunter, and Chris Mannix (Goggins), a southern renegade who claims to be the town’s new Sheriff.

Losing their lead on the blizzard, Ruth, Domergue, Warren and Mannix seek refuge at Minnie’s Haberdashery, a stagecoach stopover on a mountain pass. When they arrive at Minnie’s, they are greeted not by the proprietor but by four unfamiliar faces. Bob (Bichir), who’s taking care of Minnie’s while she’s visiting her mother, is holed up with Oswaldo Mobray (Roth), the hangman of Red Rock, cow-puncher Joe Gage (Madsen), and Confederate General Sanford Smithers (Dern). As the storm overtakes the mountainside stopover, our eight travelers come to learn they may not make it to Red Rock after all…

With a musical score by spaghetti-western Ennio Morricone and filmed in glorious 70 mm, “The Hateful 8” boasts an all-star cast including: Samuel L. Jackson, Tim Roth, Michael Madsen, , Jennifer Jason Leigh, Kurt Russell, Bruce Dern, Demian Bichir, and Walton Goggins.  Check out the trailer below and let us know what you think.