Did you know that folks in the UK call potato chips “crisps?”  Well good for you if you did but WE had no idea.  Why are we talking about crisps you ask?  Well recently Sharm Murugiah was commissioned to come up with a mural to cover the back wall at a new spot in London’s trendy Soho neighborhood called Hipchips.  Here is what Sharm had to say about the project over on his official website. 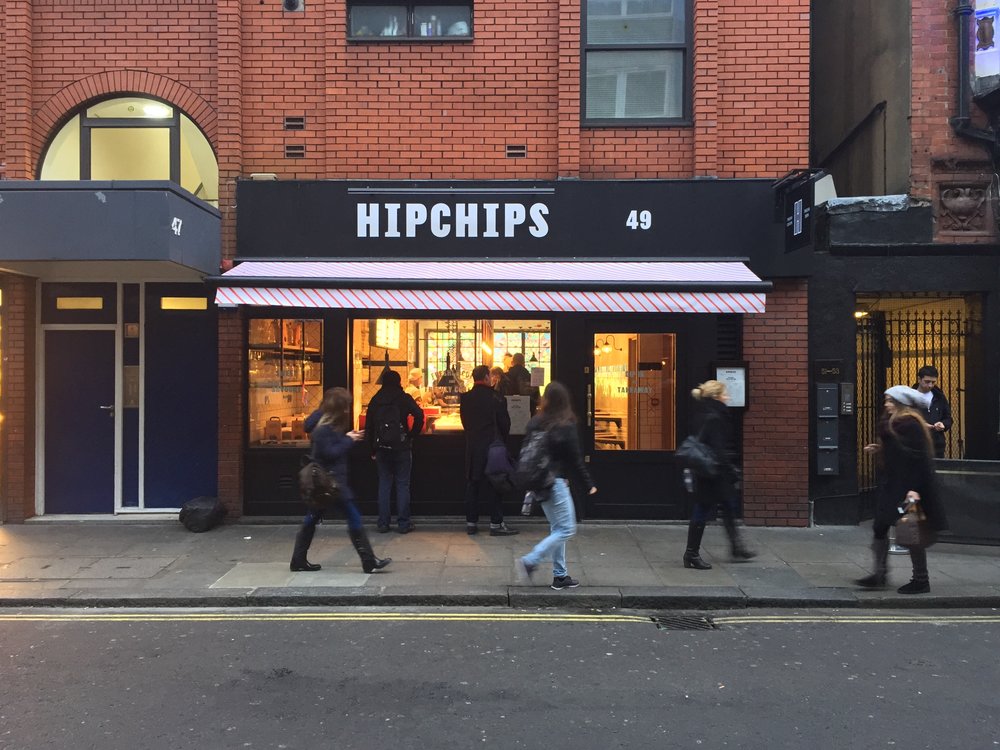 “We were commissioned by Hipchips, a new concept store based in the heart of London’s Soho to produce a mural to sit at the back of their restaurant. This was a fantastic project to work on and we are so proud to have done it. The challenge of the brief was to produce an image that linked to the restaurants food, Chips or Crisps as we would refer to them in the UK.  So, after our initial discussions, we went away and came up with some options seen below, but we were asked to tone down the potato vibe a little so we ended up with the final product seen above.” 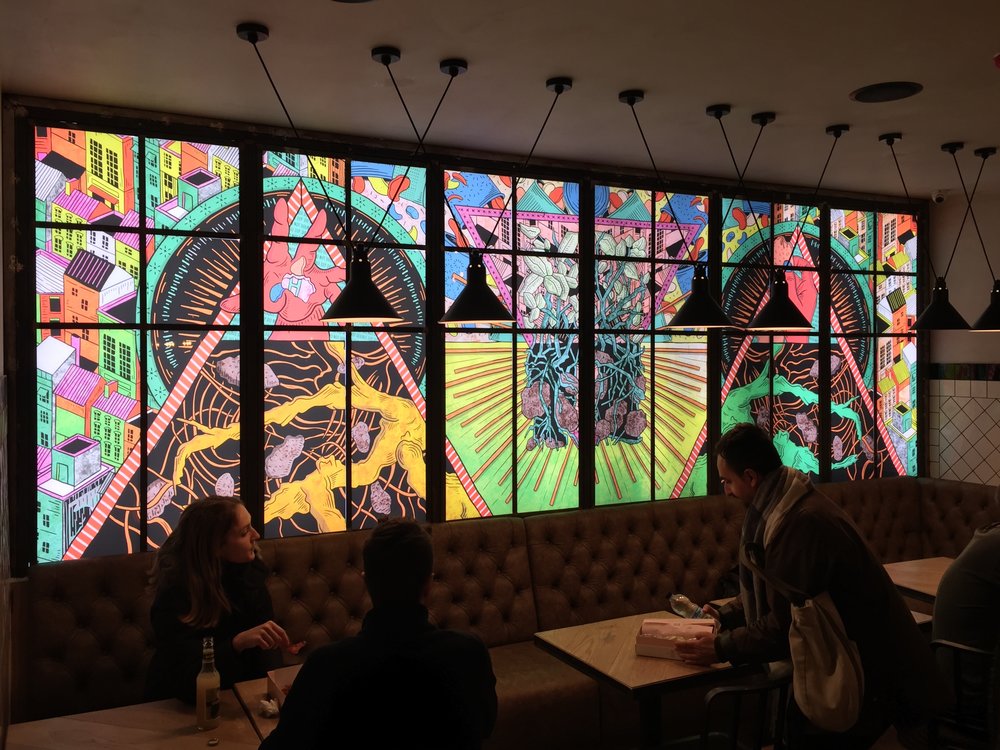