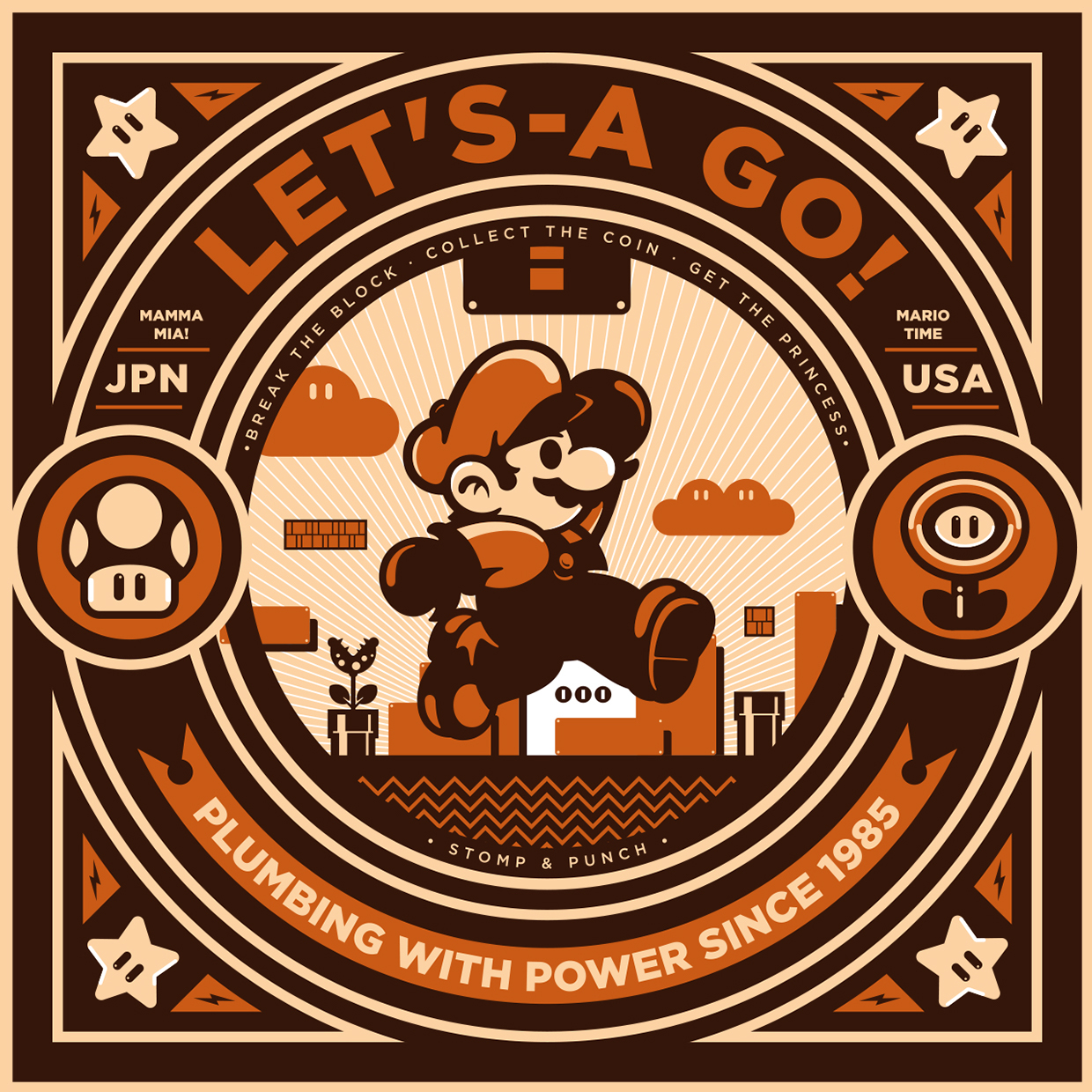 Salvador Anguiano has taken his love of vintage video games and created an awesome tee shirt featuring everyone’s favorite coin collecting, Bowser bopping, Princess saving, Koopa squashing plumber, Mario.  Since 1985, Mario has been taking every minute of free time from millions upon millions of adoring fans.  It’s been called “The Greatest Game of All Time” and it would be hard to disagree. 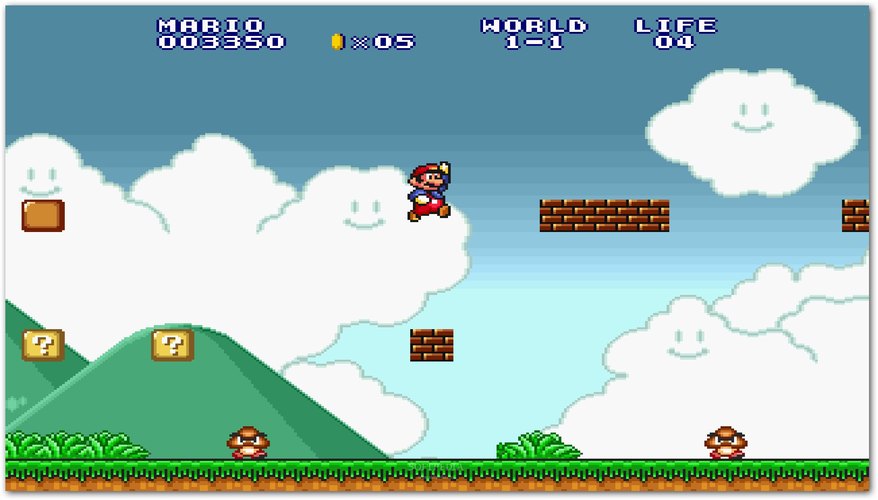 Now Salvador Anguiano is paying homage to Mario with an all new tee shirt over at Tee Fury.  Here is what he had to say about the image.

I chose Mario because is such a fundamental videogame and I personally think it marks the star of a new era in videogaming as well as the game being such an enduring icon of the gaming culture.  I chose this style because I wanted to create something with a vintage label feel. 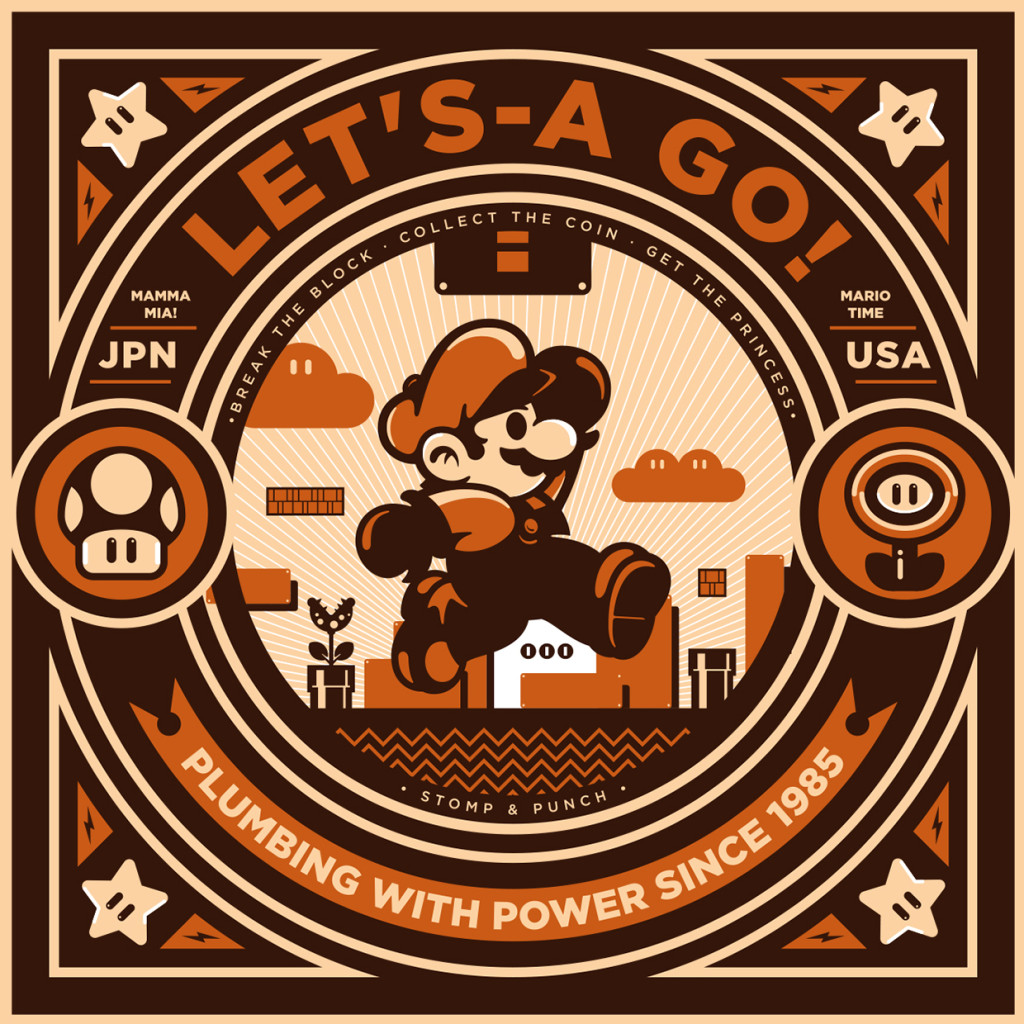 It’s a tribute to a time when videogames were heartlessly cruel but the sense of accomplishment achieved by beating a level or boss was well worth a few broken controllers!
The tee can be purchased HERE and it is available in men’s, women’s and youth sizes. Be sure to follow Salvador on TWITTER to get updates on more great stuff.  2015 is just starting and he has a ton of stuff planed for the new year. 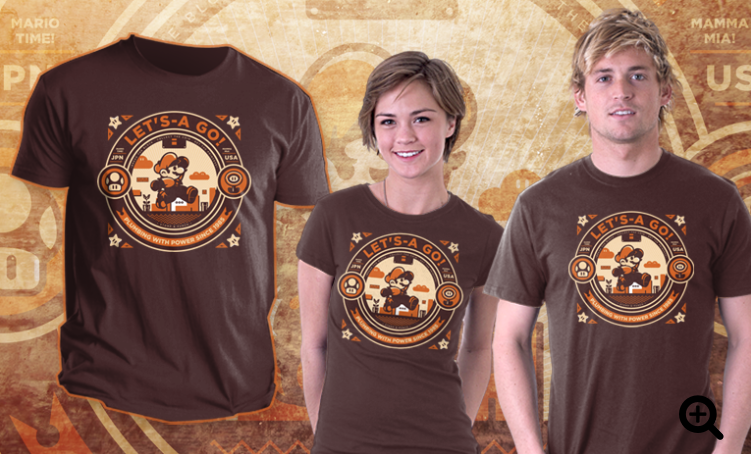