He’s certainly OUR favorite bounty hunter along with millions of other fans.  (Speaking of which, we can also agree that his demise in the Sarlacc Pit was probably one of the lamest deaths in film. We all know he would have dropped a grenade, blown the damn thing up and flown out of there, unscathed and ready to do battle again another day!)  Today, Salvador Anguiano released his tribute to one of the men tasked to bring Han Solo to Jabba The Hutt, alive, “he’s no good to me dead.” (I love it when Boba Fett says that to Darth Vader.  He’s not scared of Darth, almost like a kid talking back to an adult.) 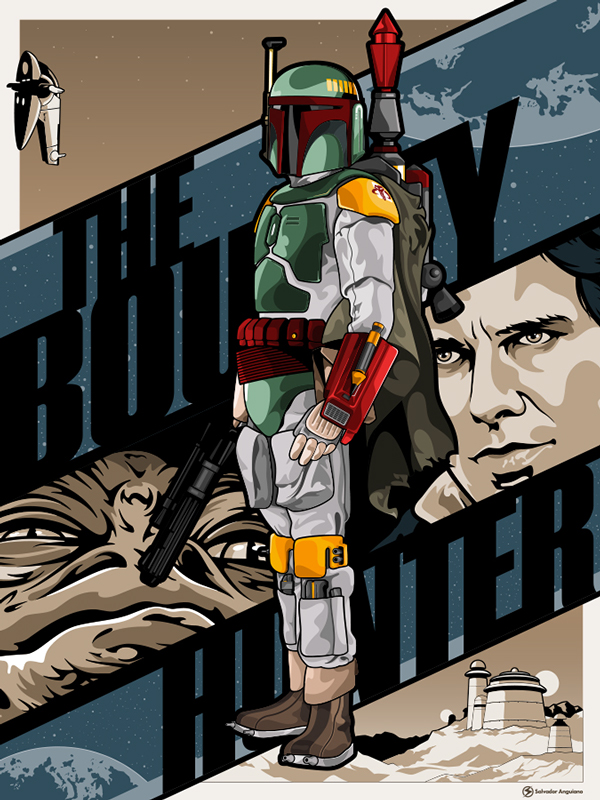 Salvador released this over on his BEHANCE PAGE and here is what he had to say about the piece.  I’m a Star Wars fan (aren’t we all?) it is a fundamental experience for any kid growing up, there’s no other way to put it. I just wanted to take my shot at it, but I wanted to focus on one of the coolest looking characters, Boba Fett, but there’s not enough in the original trilogy to flesh him out, so I tried to convey a sense of conflict, hence Jabba and Han popping up in there all intense and dramatic.

It was a lot of fun drawing the old bounty hunter, there’s just this visual quality to him and the helmet, come on, it doesn’t get much cooler than that!  Anyways, I went for kind of an old style poster, with big, huge font and the awesome Fett in front of everything in there. Well, that’s the fanboy in me talking, hope you guys like this thing 🙂 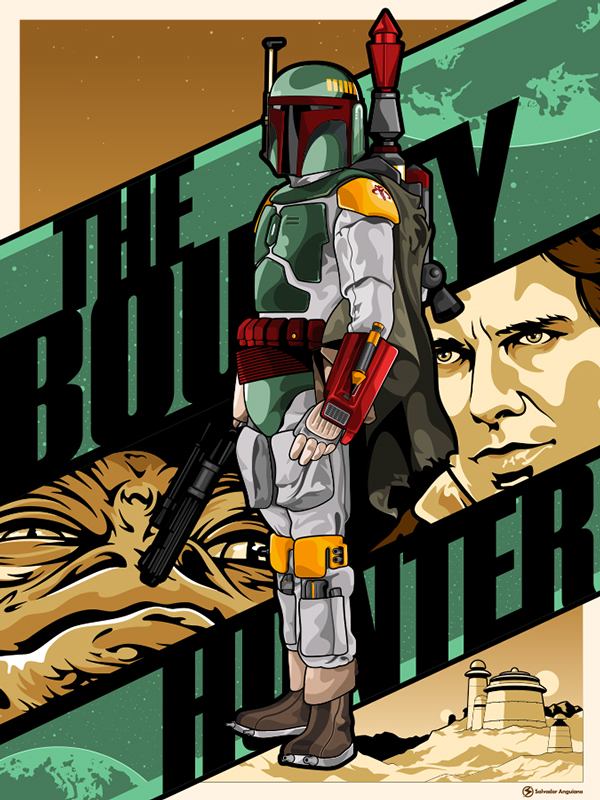 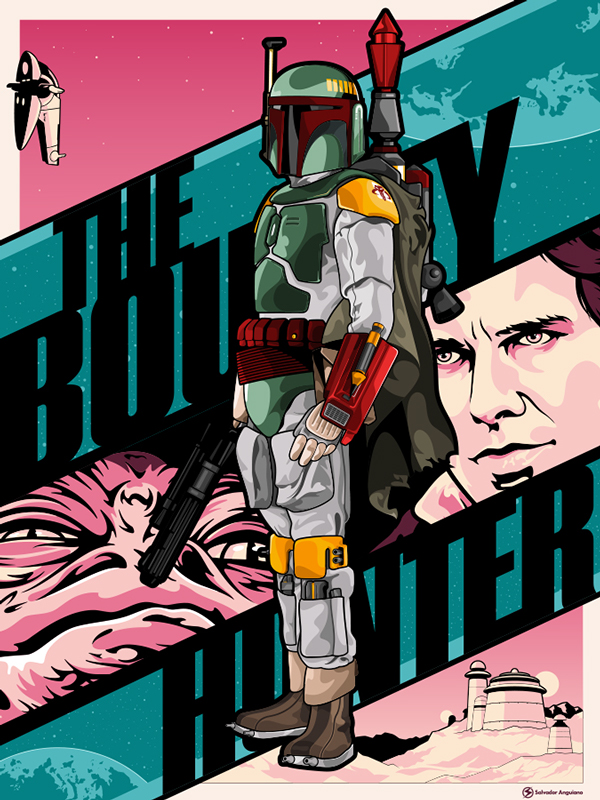 Let us know which version is your favorite down below in the comments section.  Be sure to follow Salvador on Twitter for updates on new releases, gallery shows, etc.