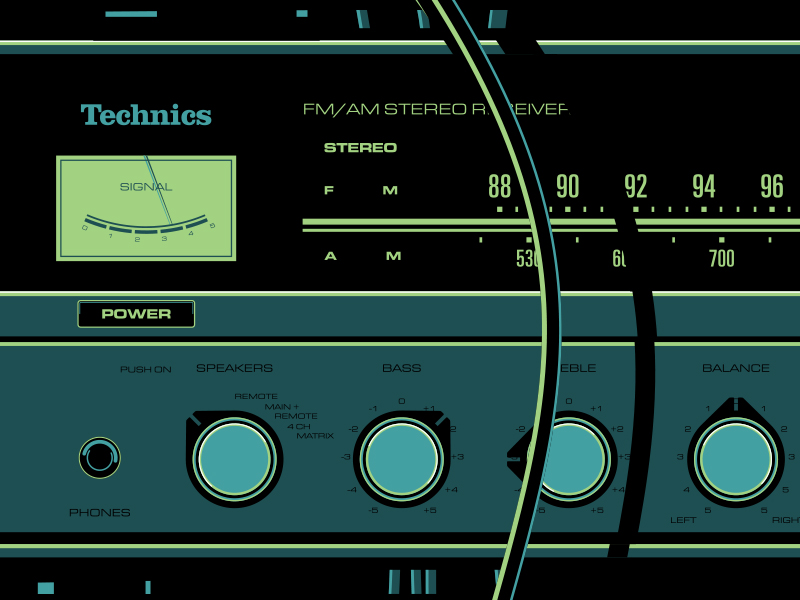 Back in 2000 Stephen Frears directed the comedy-drama film, “High Fidelity” staring John Cusack, Iben Hjejle, Jack Black, Tim Robbins, Lisa Bonet, and Catherine Zeta-Jones.  The film takes place in a place called a “record store.”  For those of you too young to know what this is, it was an amazing place to go each week and discover new music.  I can remember driving from Maine to Boston on many a weekend to go check out all the amazing record stores and we would spend hours going through the bins seeking out the next best thing.

There is a huge resurgence of vinyl appreciation going on these days and Posse member Salvador Anguiano has paid tribute to one of his favorite films that ties back to those lovely black plastic discs.  Here is what Salvador had to say about “High Fidelity” and the print.

“I love High Fidelity, is one of those movies that manage to talk about relationship without being corny or stepping into that dreaded ‘chick-flick’ territory, as much as I hate that term. I love the book but I love the movie even more, everybody really steps up their game in it, Jack Black kills in that movie, John Cusack is John Cusack which is to say he is his usual best, Iben Hjejle is awesome and the movie is full of great quotes too.

As for the piece itself I didn’t want to portray just a scene in the movie, I wanted to create a more general piece, one that could capture the mood and feel of the film making it easy to relate to it. Music is vital in the film and everybody has a personal soundtrack so I think the poster does capture the spirit of the film. 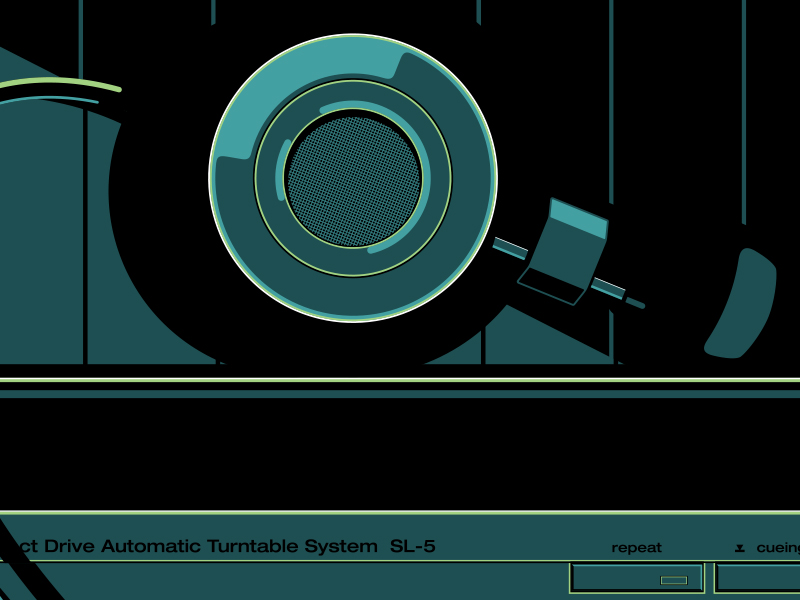 It was also a fun ride dow memory lane, as I was very careful to get the right Tecnics equipment my parents used to have, I was not allowed anywhere hear them, but they would later pass them down to me, so I grew up listening old records in some really old stereo.” 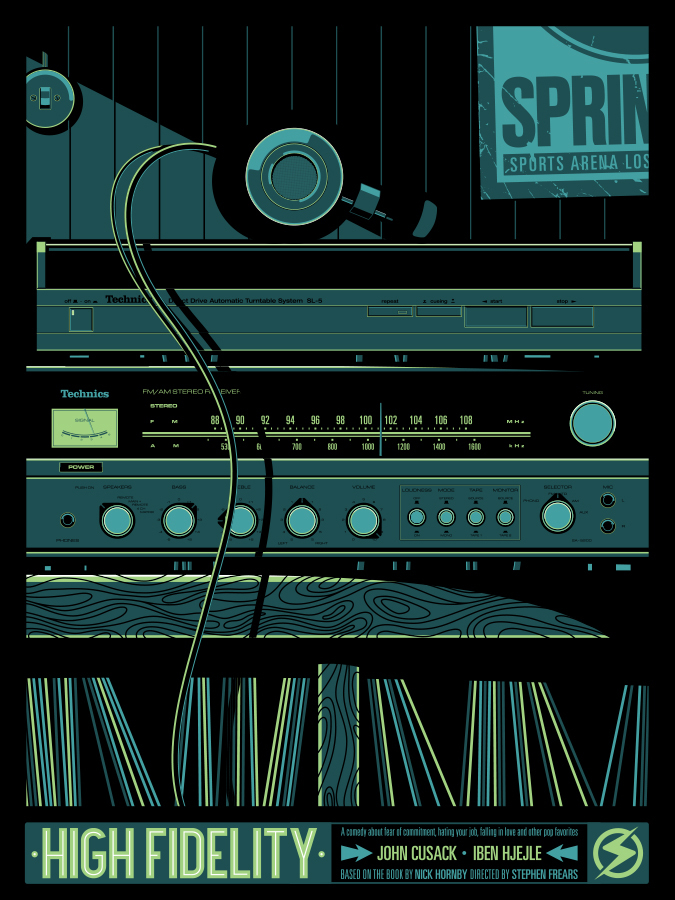 We love the attention to detail on the Technics turntable and receiver as well as the color palette.  Be sure to follow Salvador on TWITTER for updates on new releases and check out his BEHANCE PAGE to see more of his work.  Here is a sneak peek at some variant color ways he did but don’t even ask, they are not for sale! 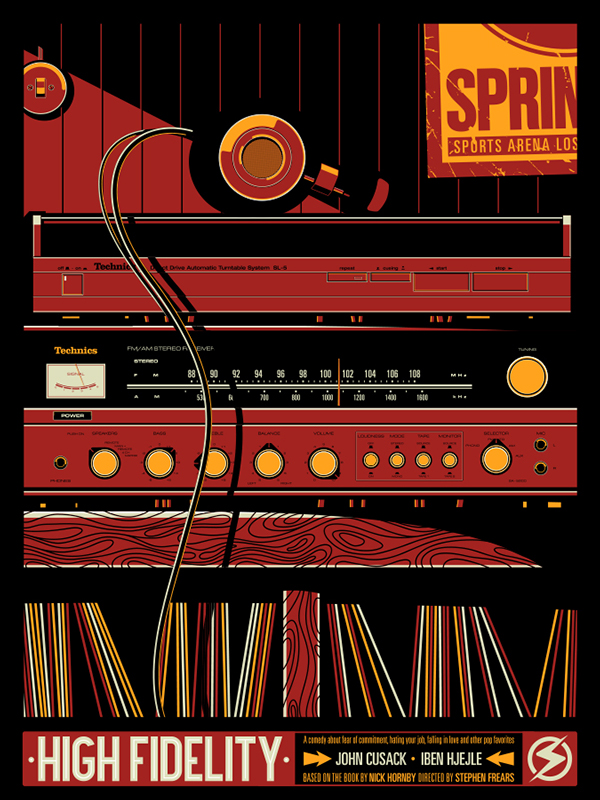 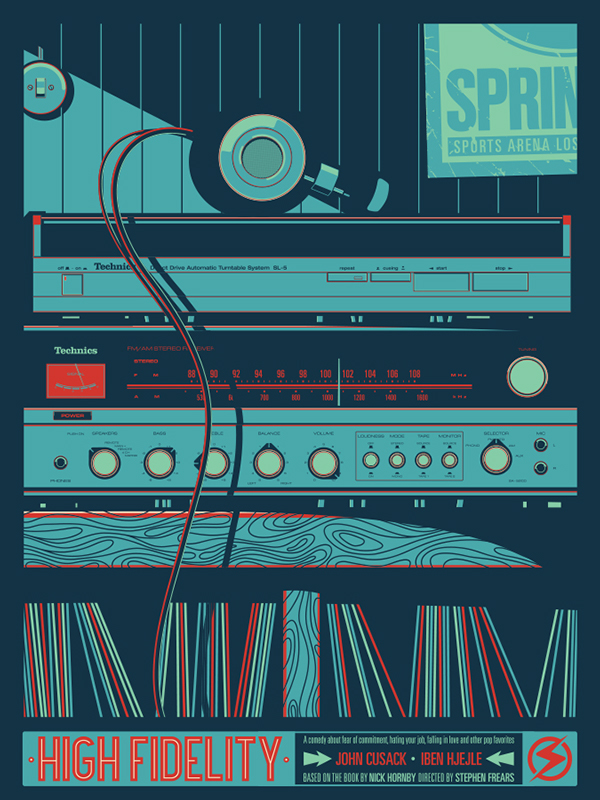 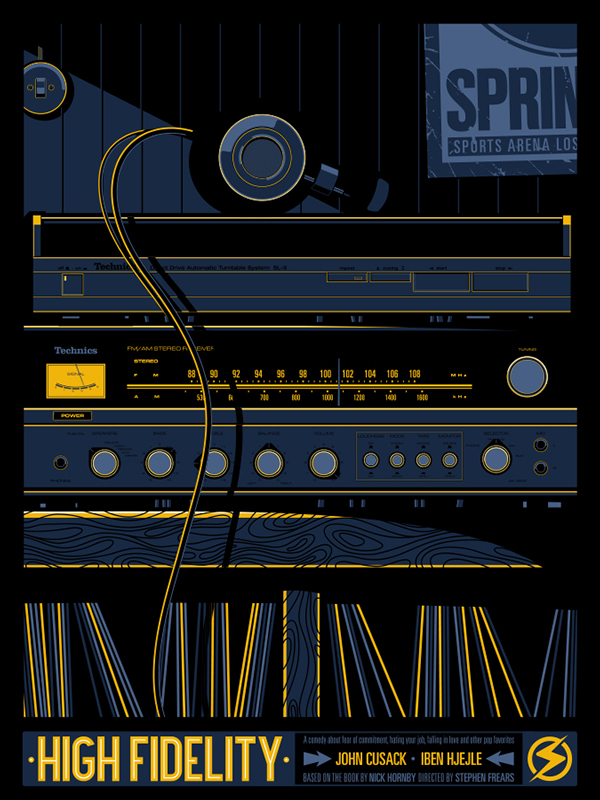