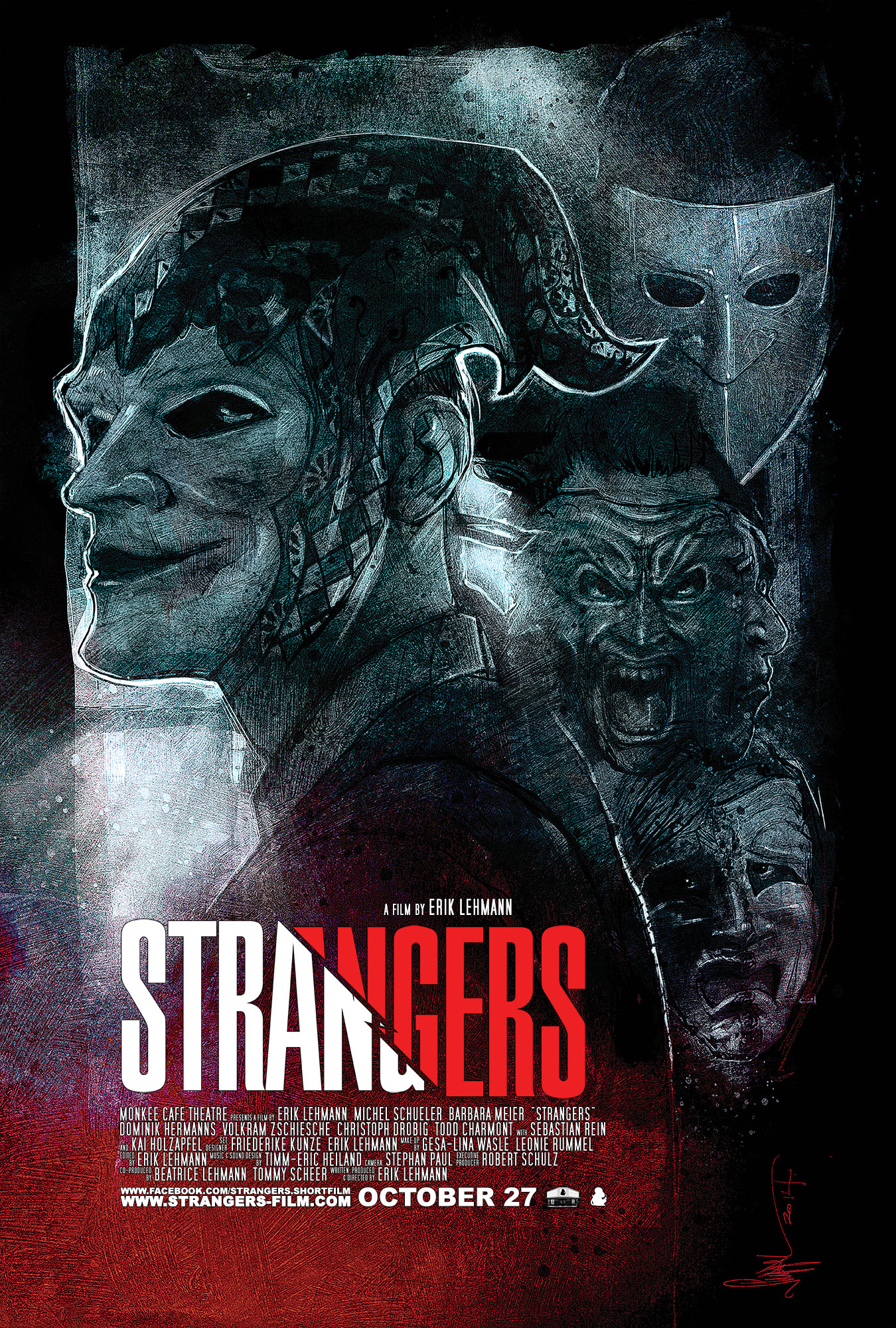 After humiliating his date Iris Garret (BARBARA MEIER), Donovan Price (MICHEL SCHUELER) awakes the next morning to face an unusual darkness. He is locked up in his barricaded apartment with no chance of escaping. And he is not alone. Donovan sees himself confronted with four masked strangers, who invaded his home with unknown intentions. Sounds pretty awesome to us and given the fact that Posse member Paul Shipper has done the official poster, we love it even MORE! 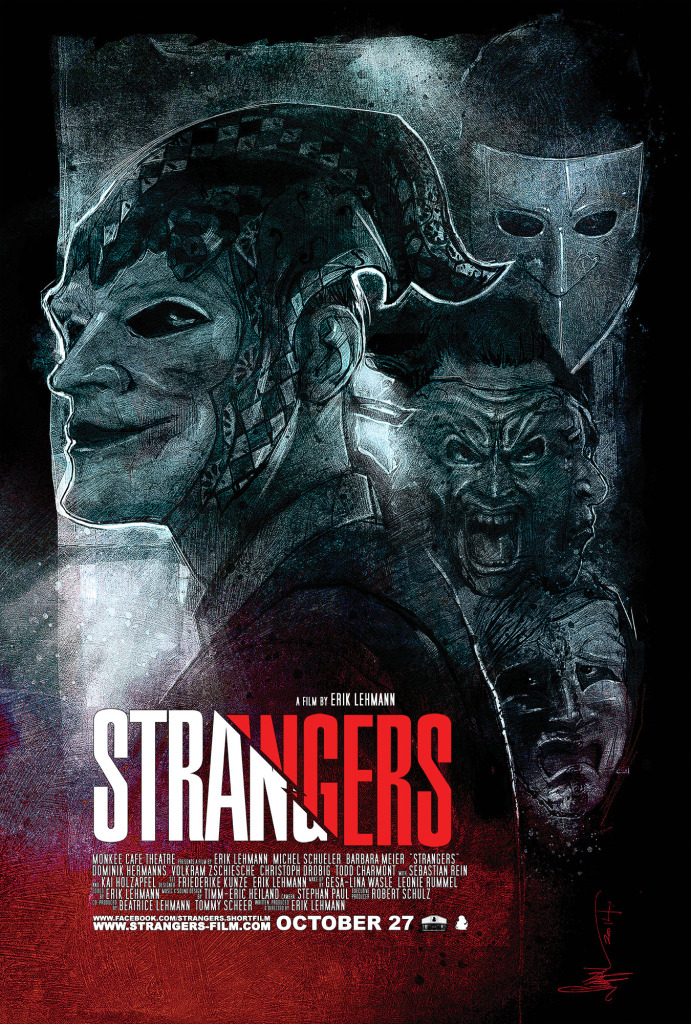 Writer/ Director Erik Lehmann has crafted a devious 20 minute short film that looks and sounds pretty cool. Here is what he had to say about “STRANGERS.”

I’ll never forget waking up from a strange nightmare on a Wednesday morning – 2:57am, March 27th, 2013. I instantly grabbed a piece of paper and a pencil and made as much notes as possible. Boy, was I happy when I scanned through the notes the next morning and they actually made sense! I was afraid they would read like “The cat sat on the mat” or “All work and no play makes Jack a dull boy ”. Two days later I had the first draft of STRANGERS.

Psychological horror and action aside, the film is simply about a troubled mind that is incapable of controlling his emotions, expressing his inner feelings and longs for love like everybody else does.

I feared the viewer would never follow Donovan, if I didn’t find a balance between his bad behavior and the good person caged within. Therefore the restaurant scene had to show both sides, the troublemaker and the sensitive longer. Iris was the key to achieving this. Her strong personality is his counterpart. But she is also longing and that makes her vulnerable and somewhat more understanding.

What makes the film so special in my eyes, is the role of the Strangers. I love them! They are not just cool baddies; they have a reason to put Donovan through the mill and every single one of them has a purpose. It is the same with the masks; they are not chosen solely to deliver grisly images, they are important for their characteristics.

STRANGERS shows us that it is much easier to point out missteps of others, than your own. Take a look at yourself and then make a change.