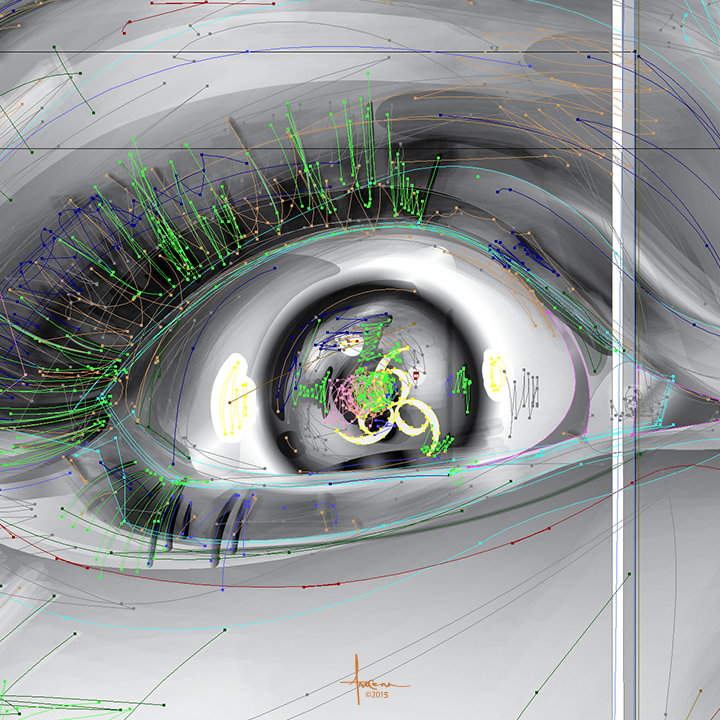 In 1976, legendary director Richard Donner gave us a supernatural thriller that would prove to stand the test of time, “The Omen.”  Staring Gregory Peck and Lee Remick with Harvey Spencer Stephens playing Damien, the film is the first in the Omen series.  As if Satanist and the Antichrist weren’t enough to scare the crap out of you, throw in a creepy musical score by Jerry Goldsmith and you have a film that is sure to raise goosebumps.

Orlando Arocena has paid homage to the film with his latest print and it’s extremely fitting.  Here is what he had to say about it over on his OFFICIAL BEHANCE PAGE.   “I’m a very big fan of movies, especially the kind that scare me so much that I have to sleep with the lights on!  Here’s one particular movie : The Omen – released in 1976 – Directed by one of my all time favorites – Richard Donner.” 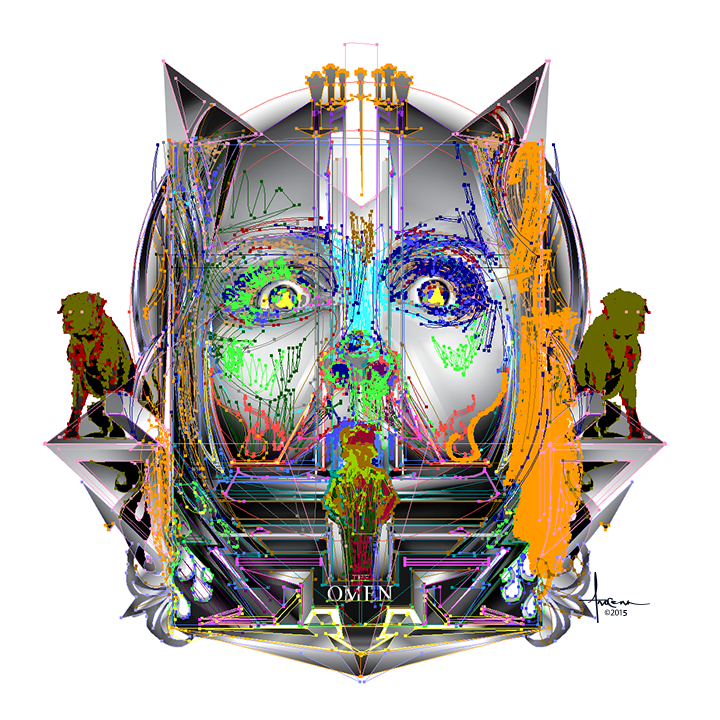 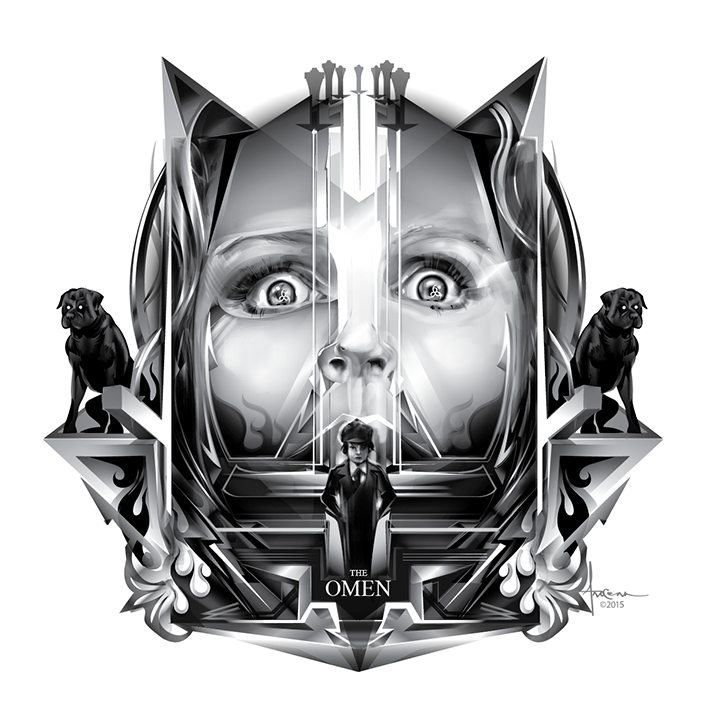