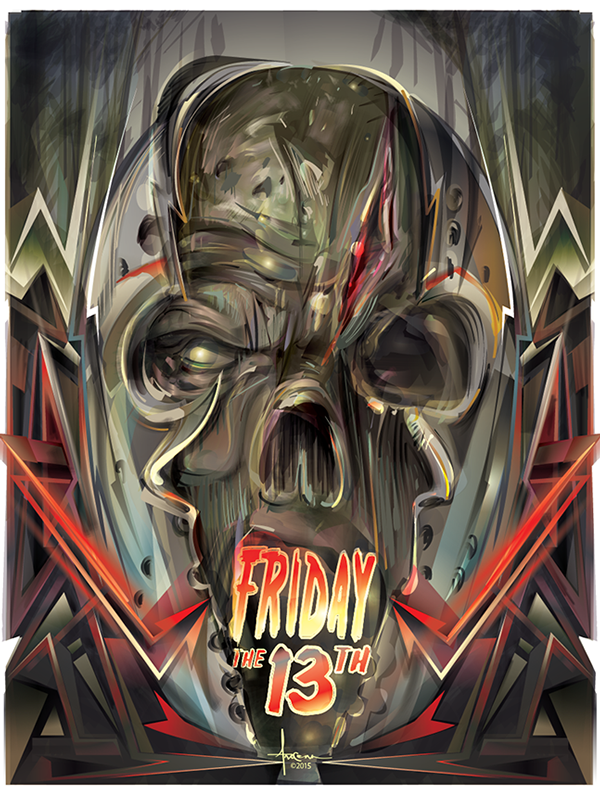 It should be noted that this image was done in one evening.  On top of that, it was birthed AFTER his original concept was scraped!  Yes, Orlando Arocena is gifted with both incredible talent and the grace of speed.  Celebrating Friday the 13th, Orlando has come up with a new image depicting Jason from the film franchise that scared a generation of kids, myself included. 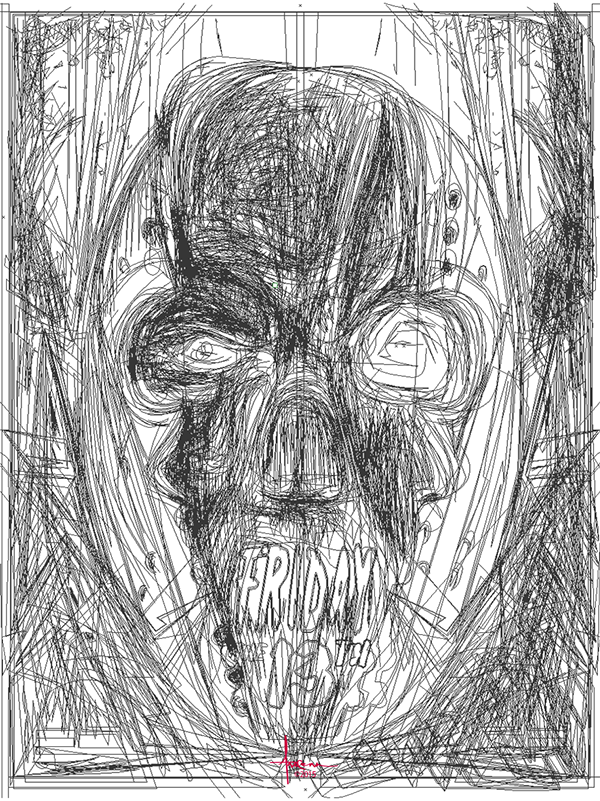 As always, we LOVE including some of Orlando’s WIP images just to let folks gander into the mind of the vector madman. Give it a look and then click the link below to get your copy of this disturbing, iconic character. 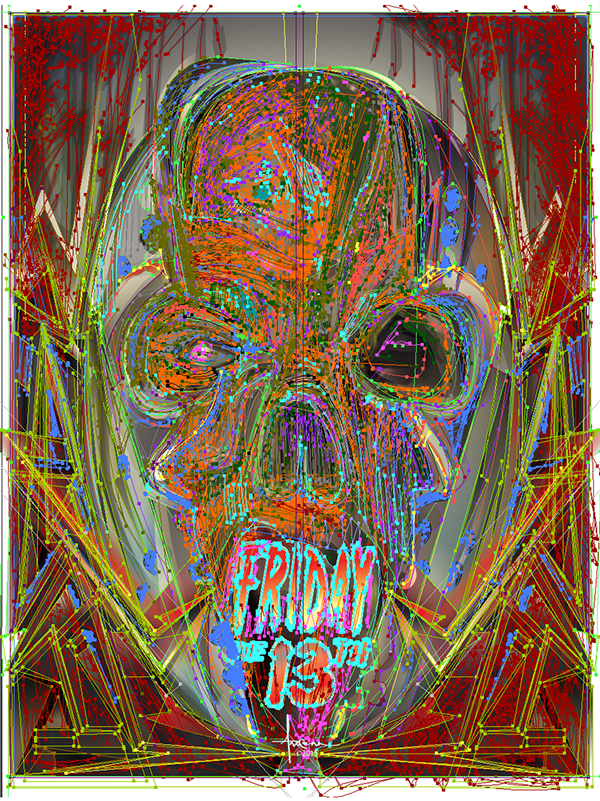