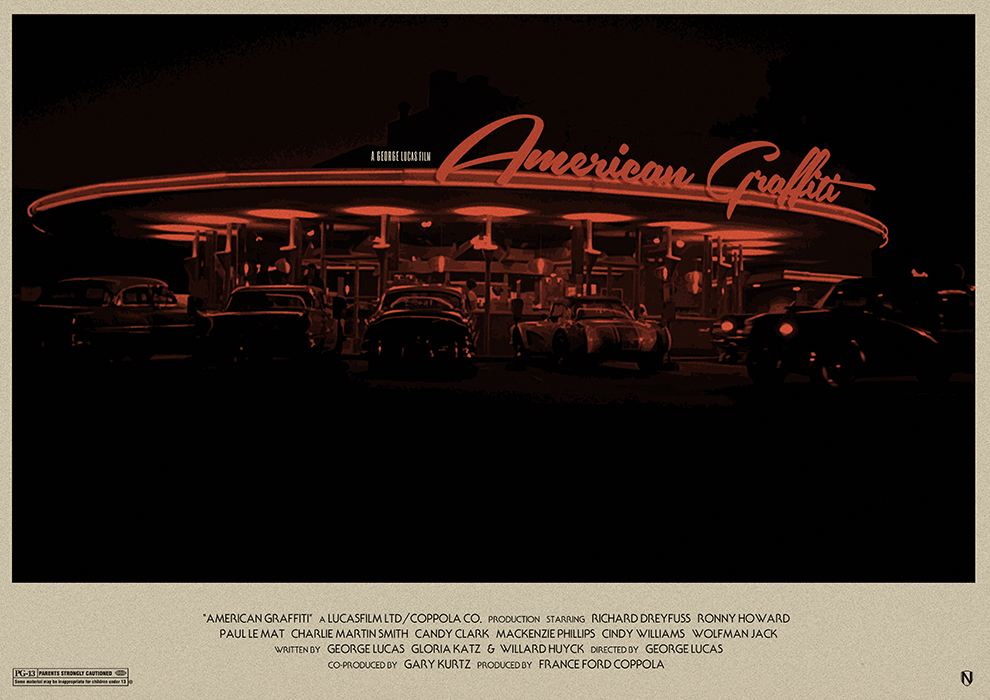 In the summer of 1973, George Lucas released his sophomore film, “American Graffiti.” The film is considered by many to be a coming of age, American classic and we have to agree.  The story is an homage to Lucas’ youth growing up in Modesto, California during the 1960’s complete with 41 memorable pop songs from the day that instantly take you back to a simpler time.

The film touts an absolutely amazing cast of up comers including:  Richard Dreyfuss, Ron Howard, Paul Le Mat, Harrison Ford, Charles Martin Smith, Cindy Williams, Candy Clark, Mackenzie Phillips and the DJ that helped define the music of the 60’s, Wolfman Jack.  With a budget of only $700K and over $50 million in video rental earnings, American Graffiti is one of the most profitable films in the modern era but it’s the storyline and the characters that are the timeless, true treasure. 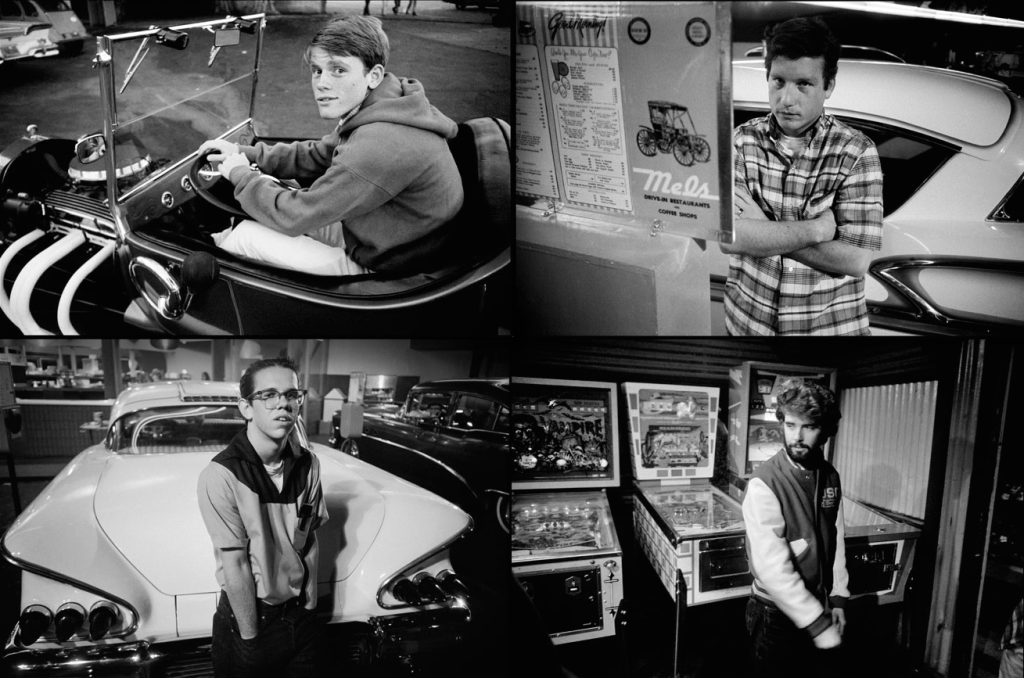 Matt Needle was recently commissioned to do a print for a screening of the film at WTW Cinemas, an independent cinema in Cornwall, U.K.  The screening will be hosted by one of the country’s biggest film critics, Mark Kermode (BBC & The Guardian) and will take place on July 25th at 6pm. (Click HERE to book your tickets NOW.)

Book your tickets now and join Harrison Ford, Richard Dreyfus and the rest of the crew at Mel’s Drive-In as you saunter down memory lane and watch a true, timeless classic.  Follow Matt Needle on TWITTER to find out if any additional copies will turn up in his OFFICIAL STORE.