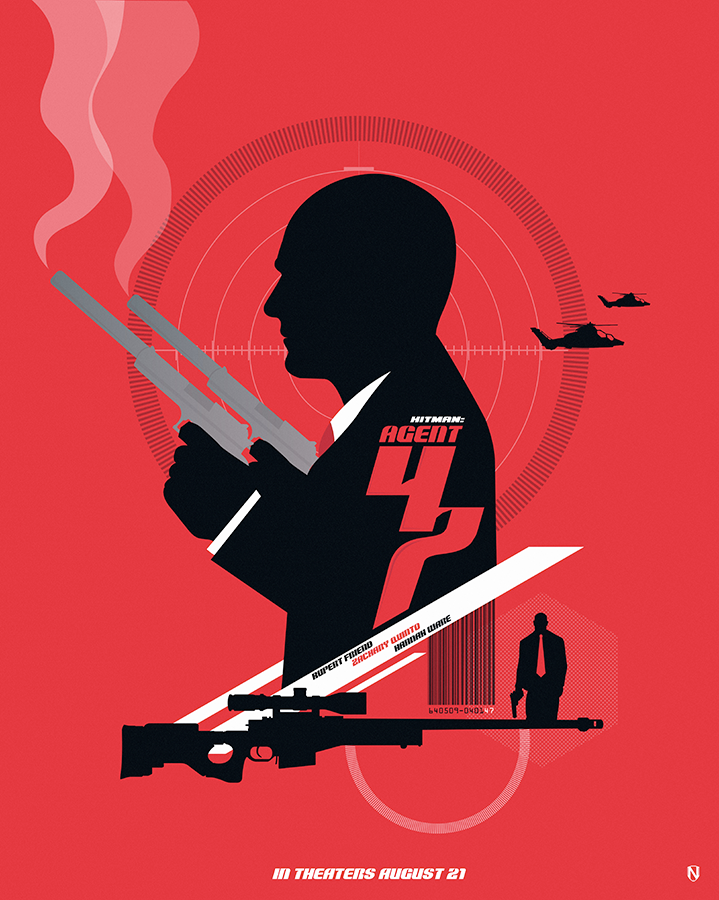 Matt Needle has been on a tear this year and he continues his string of awesomeness with this official collaboration with 20th Century Fox for their upcoming film, “Hitman: Agent 47.” 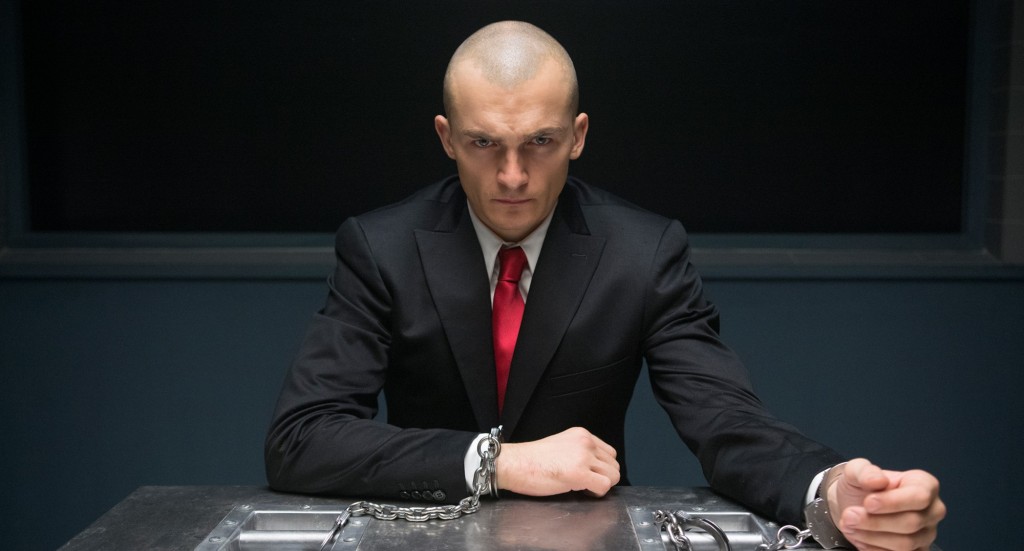 HITMAN: AGENT 47 centers on an elite assassin who was genetically engineered from conception to be the perfect killing machine, and is known only by the last two digits on the barcode tattooed on the back of his neck. He is the culmination of decades of research – and forty-six earlier Agent clones — endowing him with unprecedented strength, speed, stamina and intelligence. His latest target is a mega-corporation that plans to unlock the secret of Agent 47’s past to create an army of killers whose powers surpass even his own. Teaming up with a young woman who may hold the secret to overcoming their powerful and clandestine enemies, 47 confronts stunning revelations about his own origins and squares off in an epic battle with his deadliest foe.

Matt, along with other artists, was asked to contribute some art to support Fox’s 47 Days of Hitman campaign.  Today we get a look at the two pieces Matt came up with just before the movie hits theaters on August 21st. 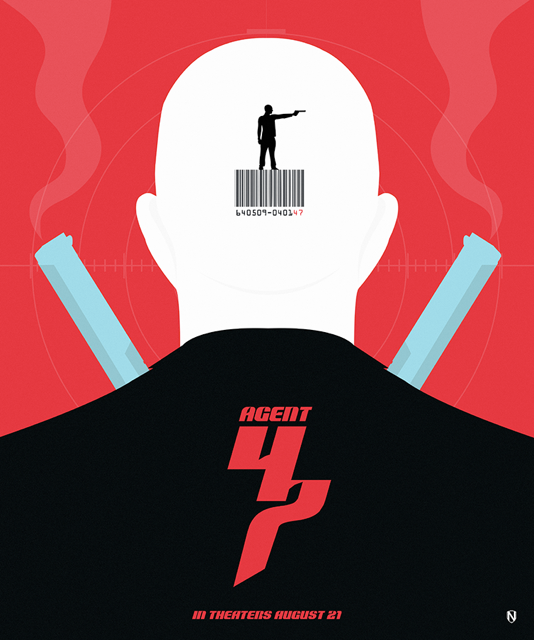 Hitman: Agent 47 is directed by Aleksander Bach and stars Rupert Friend, Hannah Ware, Zachary Quinto, Claran Hinds and Thomas Kretschmann.  You can find out more about the film on their OFFICIAL WEBSITE or follow it on TWITTER.