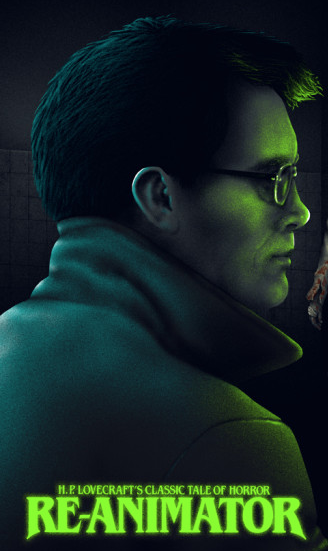 Based on the short story, “Herbert West – Reanimator” by H.P. Lovecraft, the 1985, science fiction, horror, comedy film, “Reanimator” has been a fan favorite for over 30 years. Mad Duck Posters is bringing this cult classic back to life with an all-new, officially licensed poster by Adam Rabalais.

Adam has created two editions and both feature a spooky glow in the dark layer.  Take a look at them below and find out how to get your hands on these beauties. 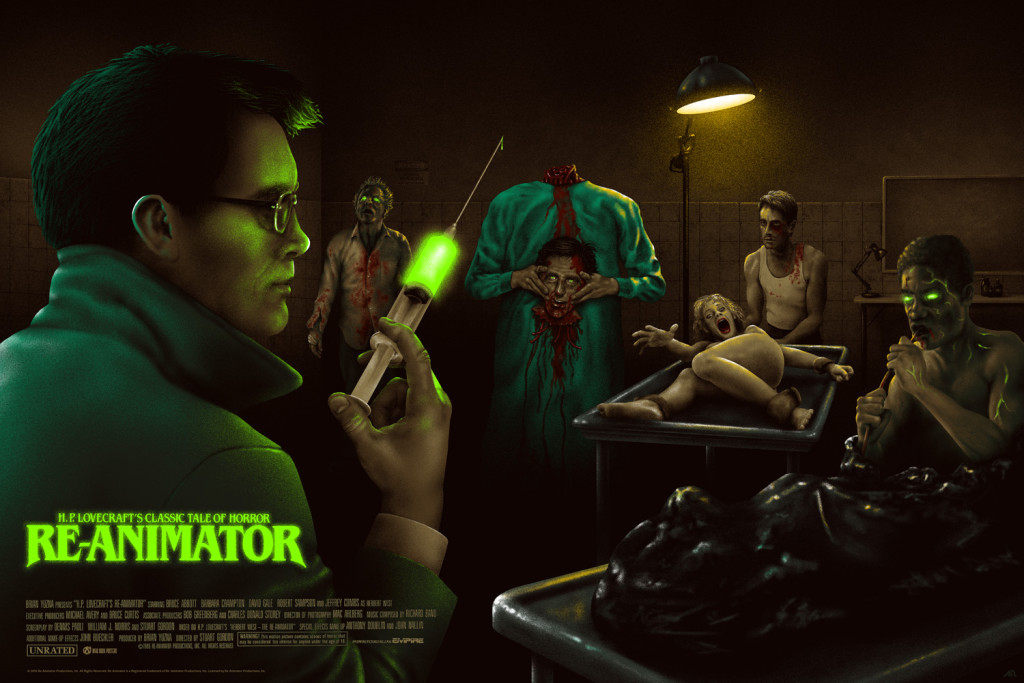 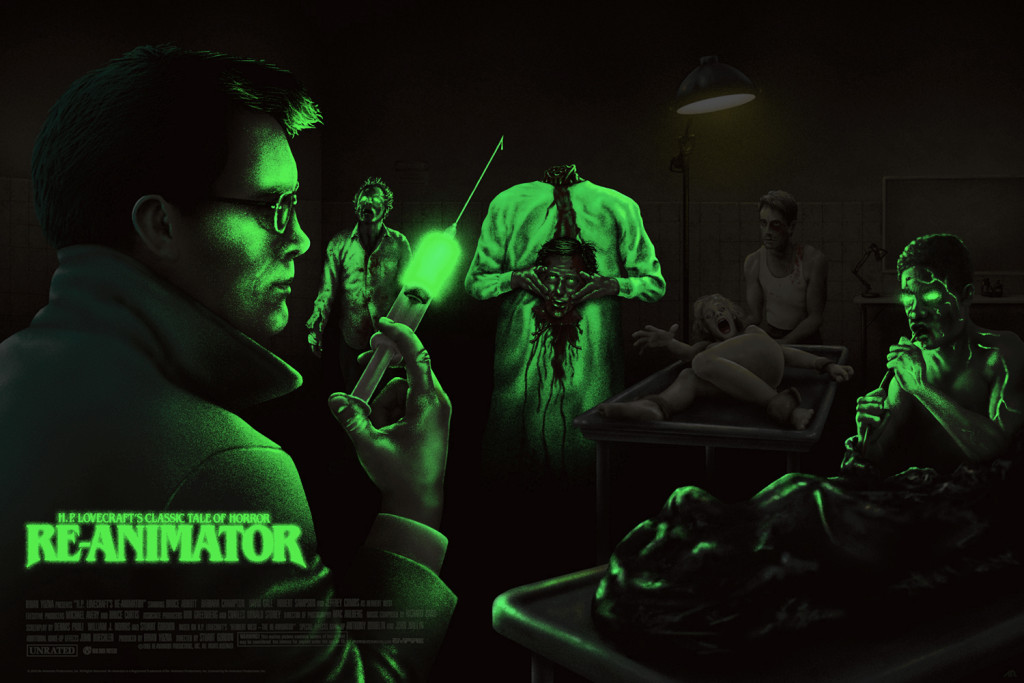 10 color screen print with glow in the dark layer 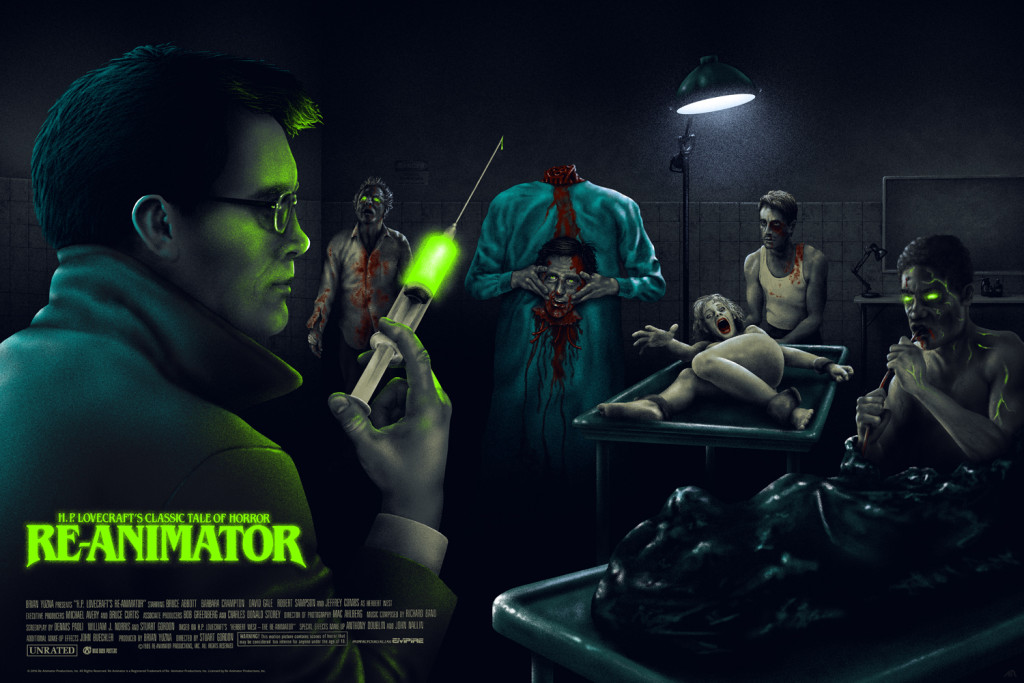 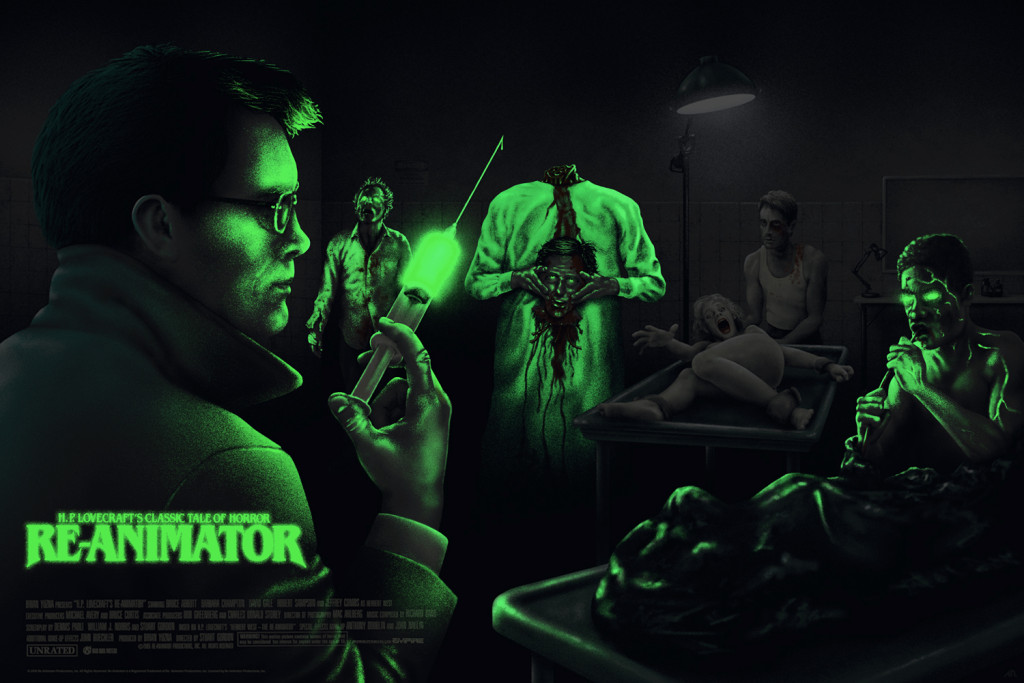 10 color screen print with glow in the dark layer

Here is the official announcement from Mad Duck Posters regarding the sale of these two versions.

The standard edition will drop Wednesday, March 9th at 12PM noon (Eastern time) and will be available to purchase for only one hour! At 1PM the poster will be pulled and never reprinted again as a poster! The variant edition will drop at a random time the same day and will be limited to a small number of copies compared to the standard edition. We will announce the variant sale and edition size via TWITTER, so make sure that you are following Mad Duck Posters!