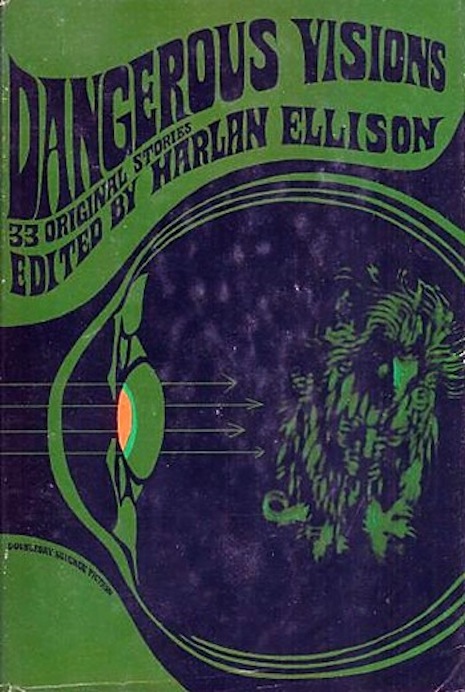 The list of the authors’ names reads like a ‘Who’s Who’ of 1960s science fiction.  Isaac Asimov, Philip Jose Farmer, Fritz Leiber, Samuel R. Delany, Philip K. Dick and more contribute to this impressive award winning collection of 33 original stories.  Sci Fi Now is featuring the book in this month’s issue (see the cover to issue #106 below) and they asked Johnny Dombrowski to do a new cover that pays homage to the 1967 classic.  Take a look at Johnny’s version and read a bit of the interview he did with Sci-Fi Now. 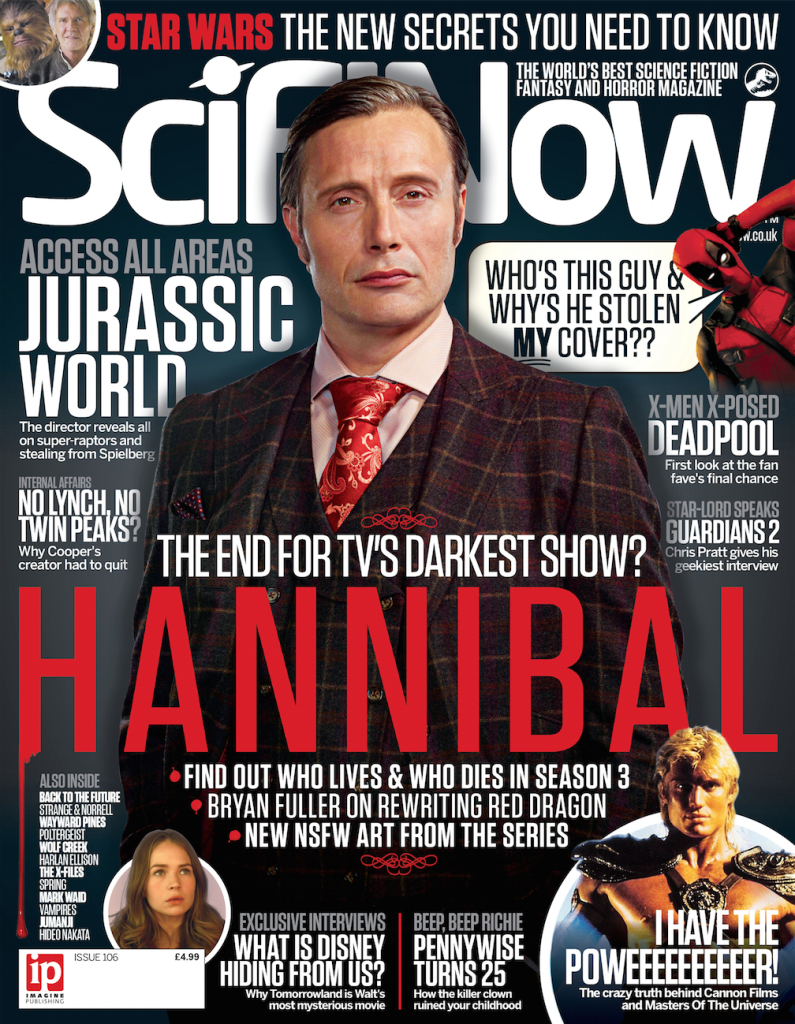 Tell us about your background as an artist. Where did you study and how did you get in to digital art?

I was enrolled at the School of Visual Arts and started out with a major in Cartooning and Comics but switched over to Illustration to receive my bachelors. That’s only the tip of the iceberg though- I’ve been drawing my entire life. I was always the kid inside doodling, rather than jumping around outside. It’s probably why I’m such a hermit these days.

How would you sum up your style? And how has this developed over the years?

Describing my style, may be a bit tricky. It certainly has a heavy comic book influence with bold line work and flat colors. Growing up reading nothing but Batman or Spiderman will do that to you. That and spark an interest in a deep sense of atmosphere, which only increases the more artwork you expose yourself too. Not just illustration but art history and photography as well. So, with that, I become a man without a country. I want those crisp shapes and bright colors, but at the same time, moody lighting and foggy depth. My style at that moment is my best way to solve that equation. I hope, at least. It doesn’t always work that way. 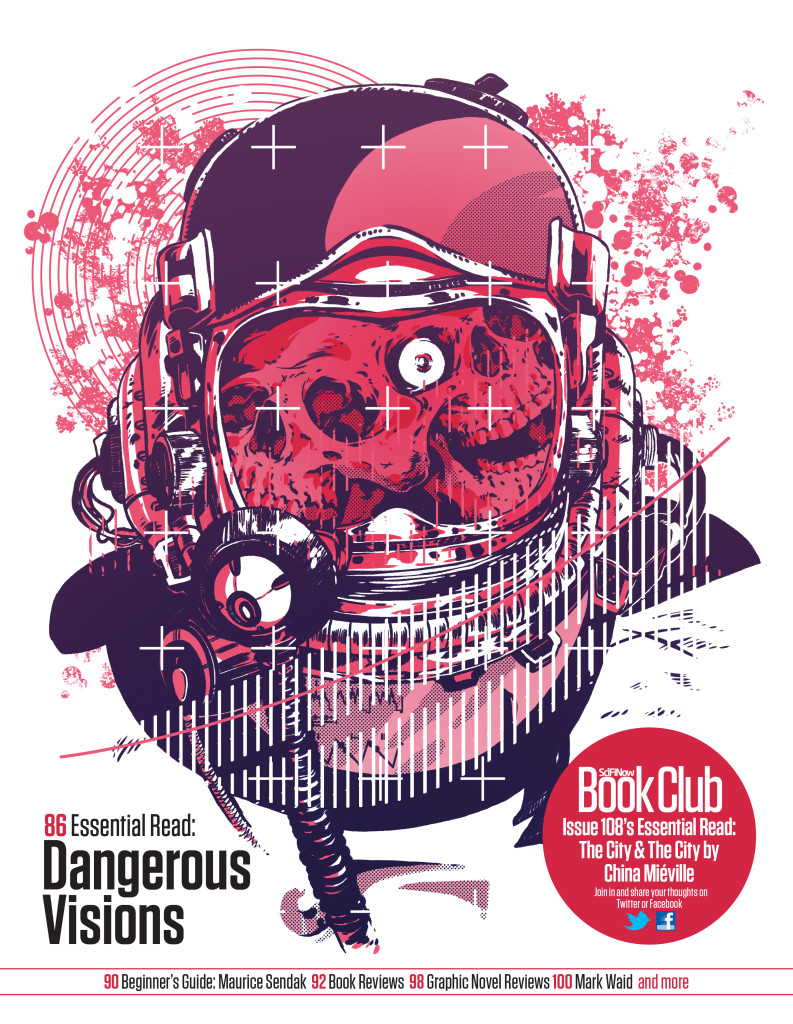 What have been your favourite projects to work on so far?

I’ve recently been fortunate enough to be working on a lot of really fun movie poster gigs lately. Illustrations for groups like the Poster Posse, Mondo, Black Dragon Press and more. Growing up, it was a weekend tradition to go to the movies with my father and it definitely stuck. I’ve been a huge movie buff my entire life and I’ll always go with the classics. Give me any film noir movie and I’ll be a happy kid.

A lot of your work is based on popular culture, what attracts you to this kind of work?

Outside of the movies posters, I’m not sure if much of my work is based on recent things happening in popular culture or the news. I’ve always fallen in love with images from history. Things you would never see today. You look through photographs or books old enough and they almost turn into fairy tales. Something other-worldly. That’s what I tend to focus on. Stories that haven’t been told in a while that need repeating.

Are there any dream clients/collaborators you’d love to work with and why?

Speaking of stories, out of everything, I think my dream job would have a comic published. They’re a lot of work, but as I’m maturing as an artist, my eyes are starting to drift back to that. My imagination tends to run wild so a single illustration can quickly morph in to a story whole knows how many pages long. Maybe a one shot for Batman? Really focus on his detective skills. The darker, seedier side of Gotham.

YES!  We’d LOVE to see his take on a “darker, seedier Gotham!”  You can read more of Johnny’s interview HERE. 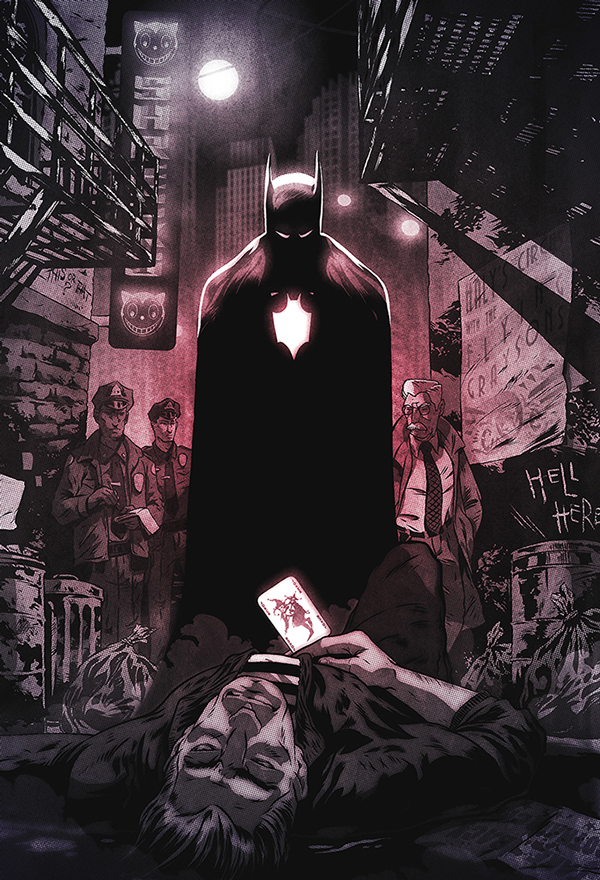 CLICK HERE to order issue #106 of Sci Fi Now.  This issue is PACKED with awesome as they talk about: Jurassic World, Deadpool, Guardians of the Galaxy 2, Star Wars: The Force Awakens, Tomorrowland, Stephen King’s ‘IT’, and a TON of other things that will have you reading this magazine cover to cover. Check out their OFFICIAL WEBSITE and follow them on TWITTER to stay up to date on all the amazing stuff that is coming this year.

Head on over to Johnny Dombrowski’s BEHANCE and OFFICIAL WEBSITE to see more from his amazing portfolio and be sure to follow him on TWITTER for updates on new projects, collaborations and gallery shows.