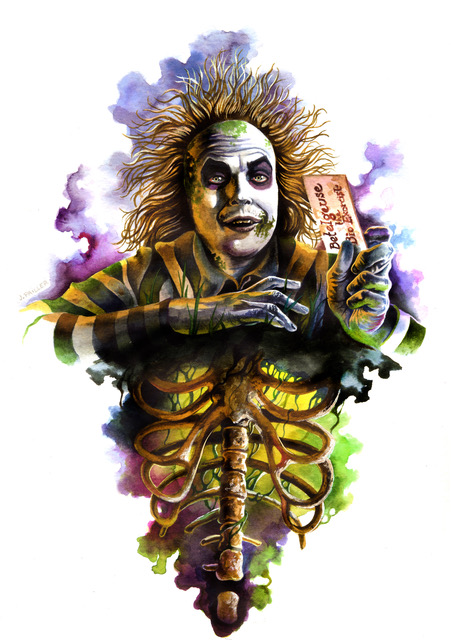 What was YOUR favorite film say…. 30 years ago?  Long time, hard to remember?  Well 1988 had some great films but one of our all-time favorites was “Beetlejuice” by Tim Burton.  The film paired Burton with musical genius Danny Elfman again for the second time and the end result is absolutely fantastic.  These prints pay homage to the film that still puts a smile on our face some 30 years later. 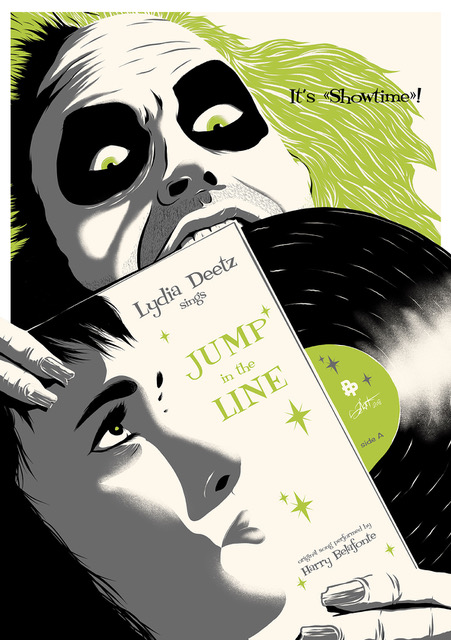 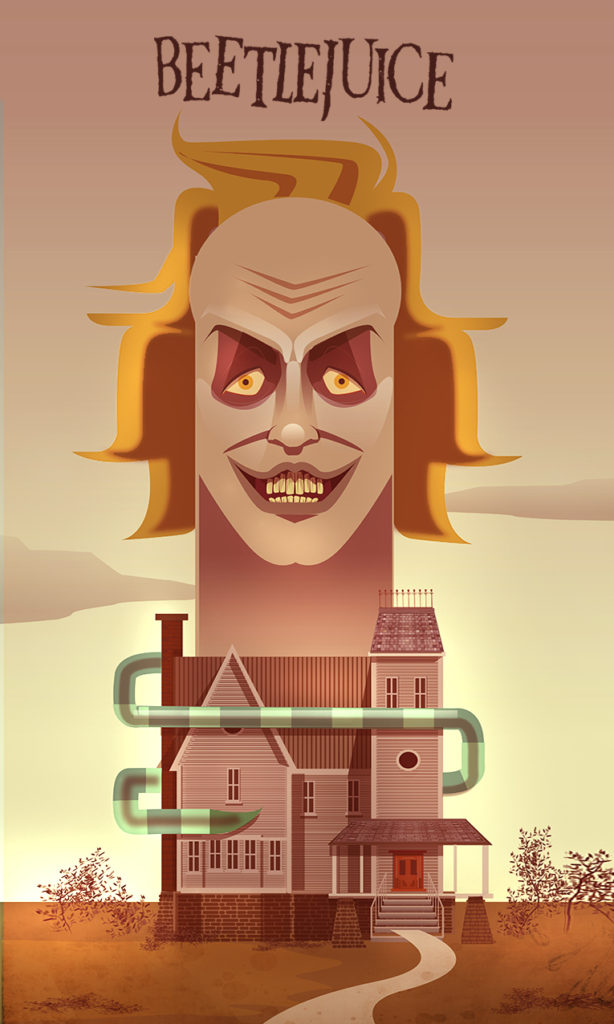 The film is titled “Beetlejuice” however, Michael Keaton aka Beetlejuice only appears in the film for 17 minutes out of the entire 92 minutes of running time. 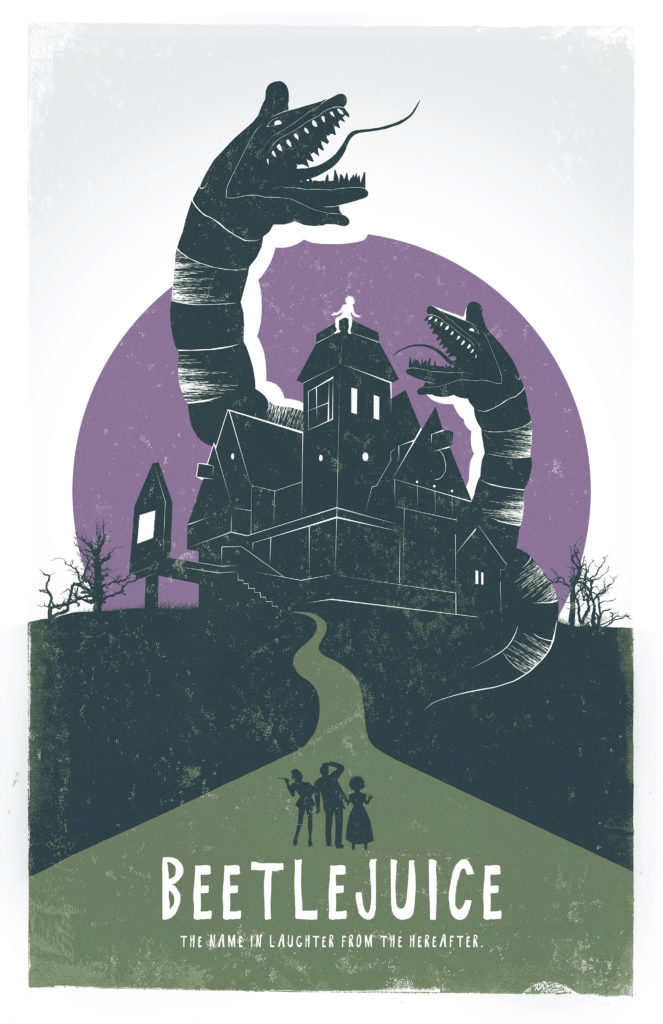 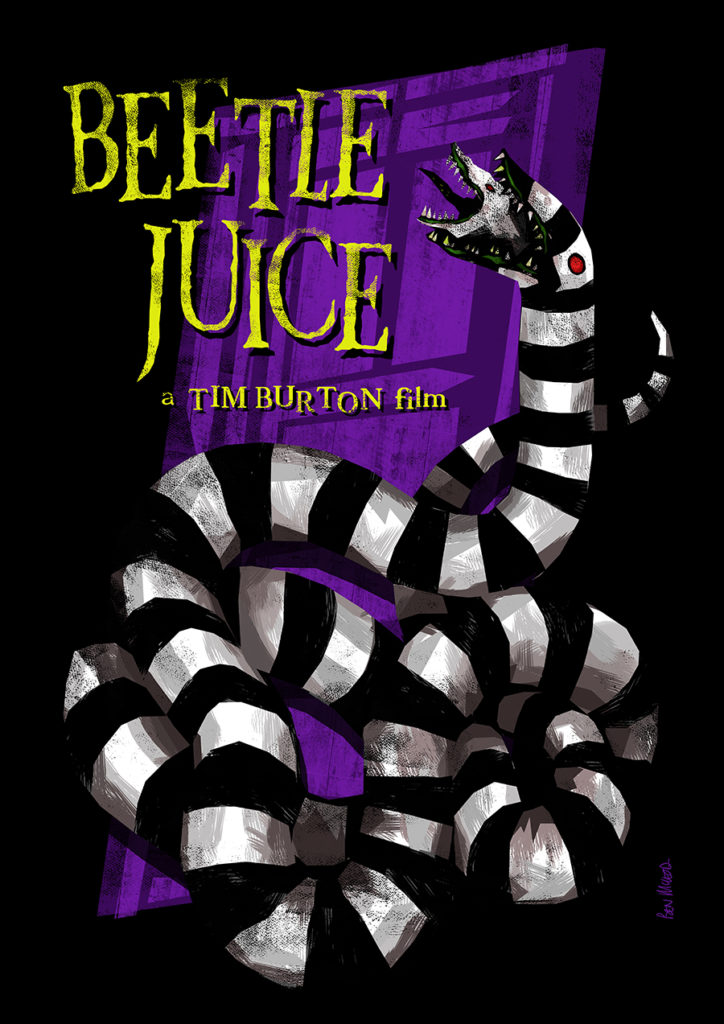 When Beetlejuice came out it was a big hit and spawned an animated series that ran on ABC Saturday mornings.  It ran for four seasons producing over 100 episodes. 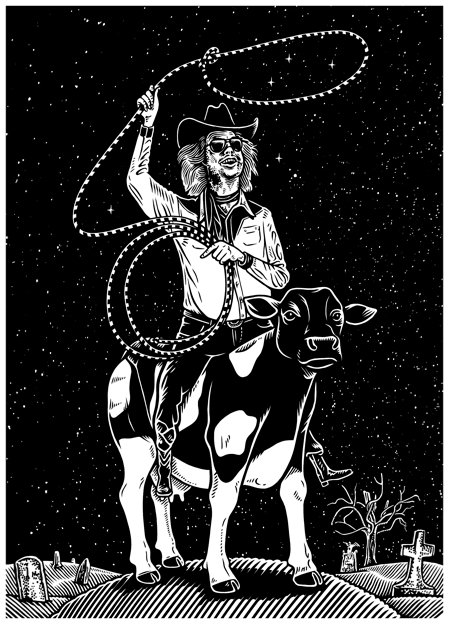 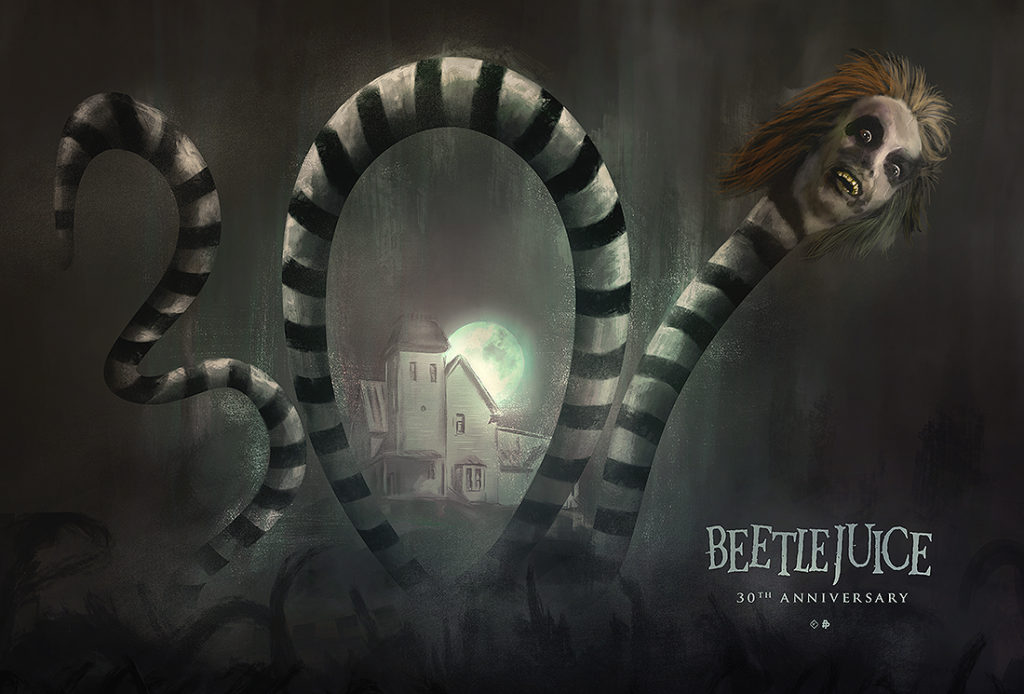 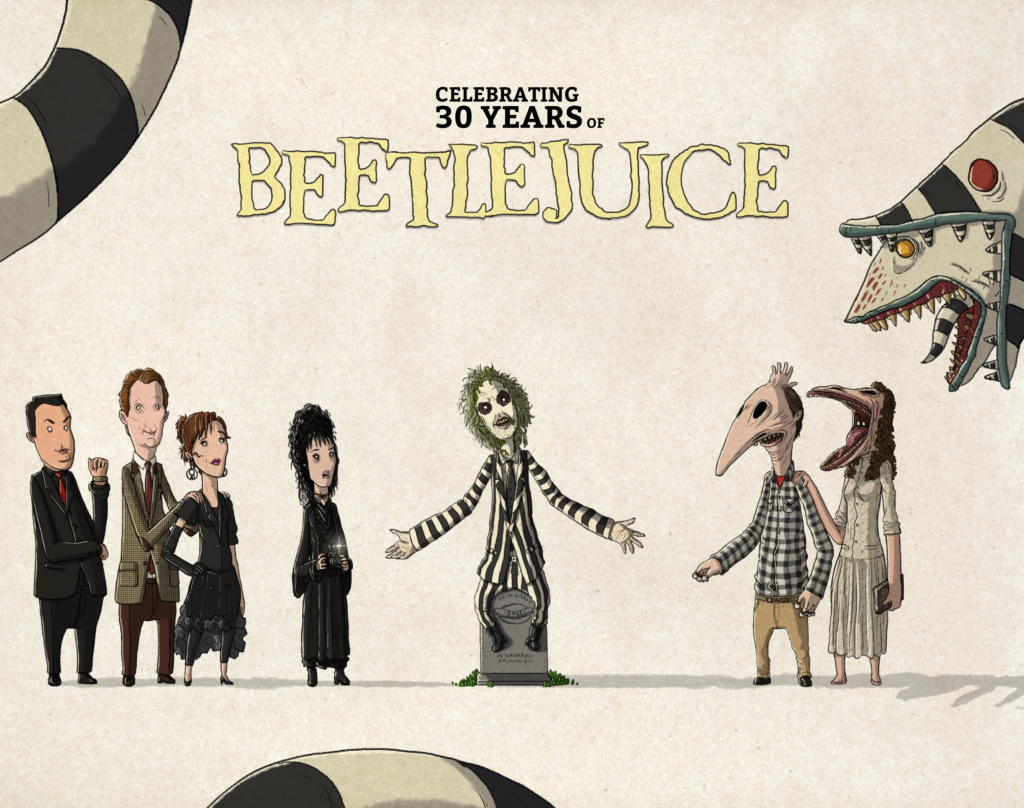 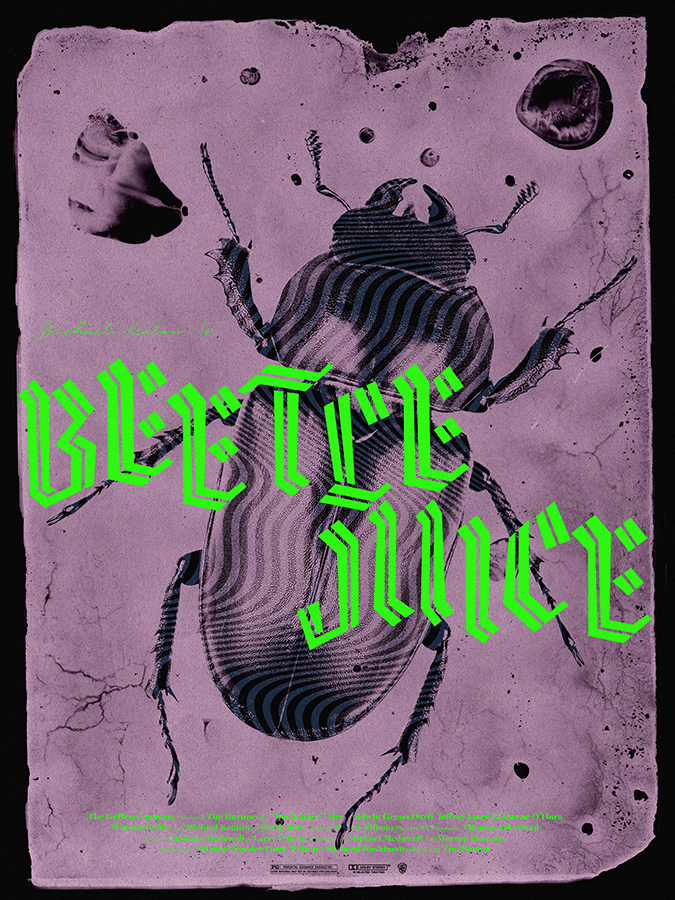 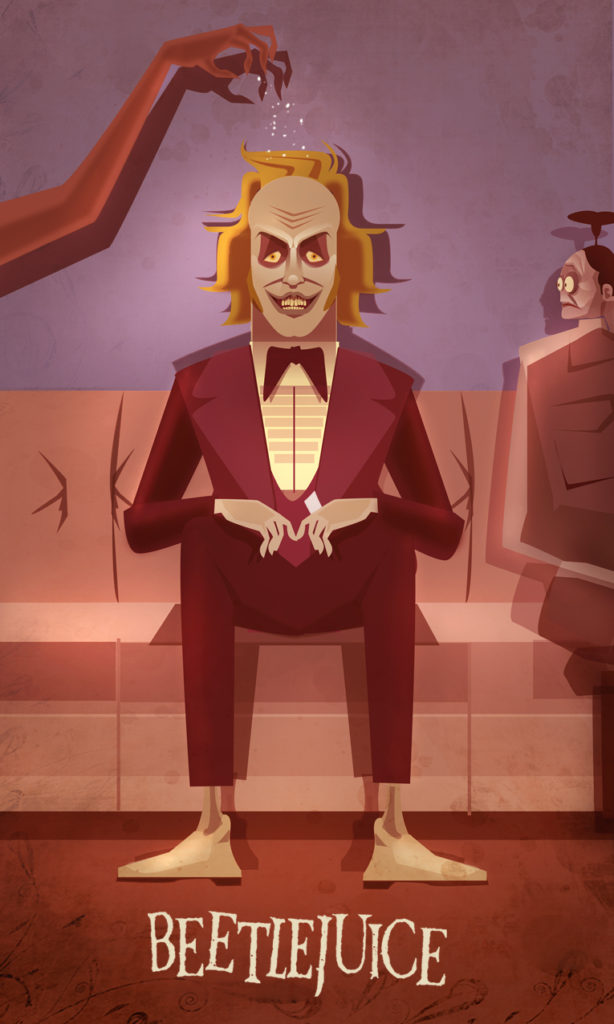 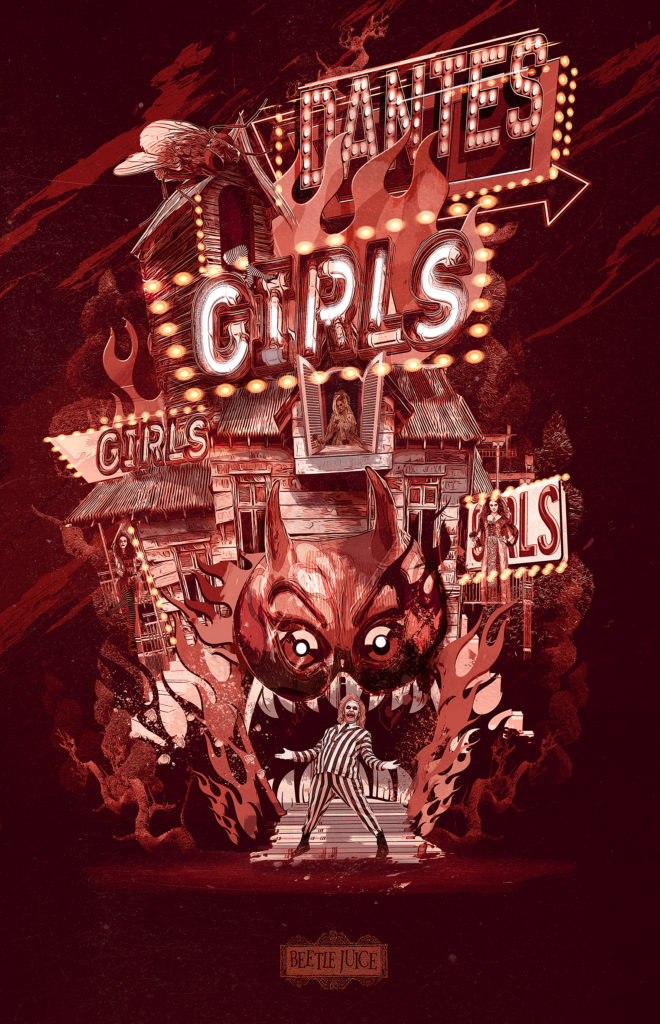