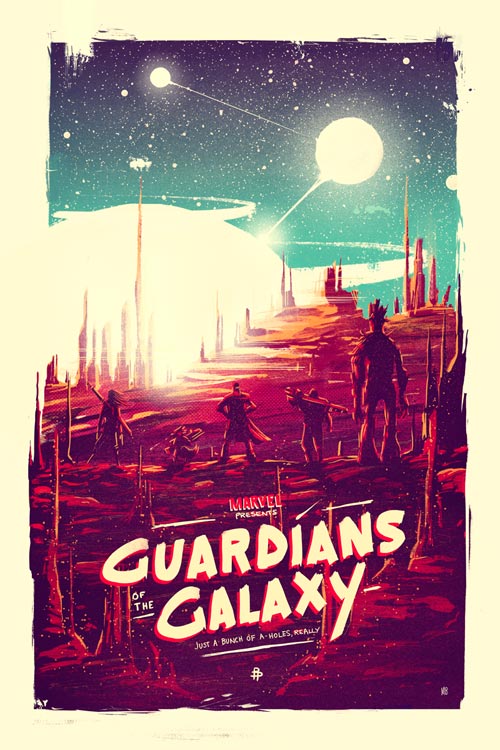 Kevin Burke is the director of the upcoming, feature length documentary on film poster art, “Twenty-Four by Thirty-Six.”  “Twenty-Four by Thirty-Six” is a film that explores the world of movie poster art, past and present; the artists who create it, companies that commission it, galleries that display it, and collectors and fans who hang it.  Suffice to say, Kevin has seen a LOT of prints this year as he preps his film.

Well Kevin took some time out of his jam-packed schedule to give everyone his 20  “Best Art Prints Of 2014.”  Artists on this list include: Nicolas Delort, Jason Edmiston, Phantom City Creative, Gary Pullin, and Laurent Durieux, to name a few.  Also on this list are some members of the Poster Posse.  Chris Garofalo, Orlando Arocena, Marie Bergeron, Scott Hopko, Paul Ainsworth and Matt Ferguson have graced this list with prints from past Poster Posse Projects and Gallery shows.  Here is a look at the work by Poster Posse members along with Kevin’s words about each print.

“In my opinion, one of the most innovative designs of the year, across the board. Chris captured the gravity and scale of Godzilla perfectly.” – Kevin Burke 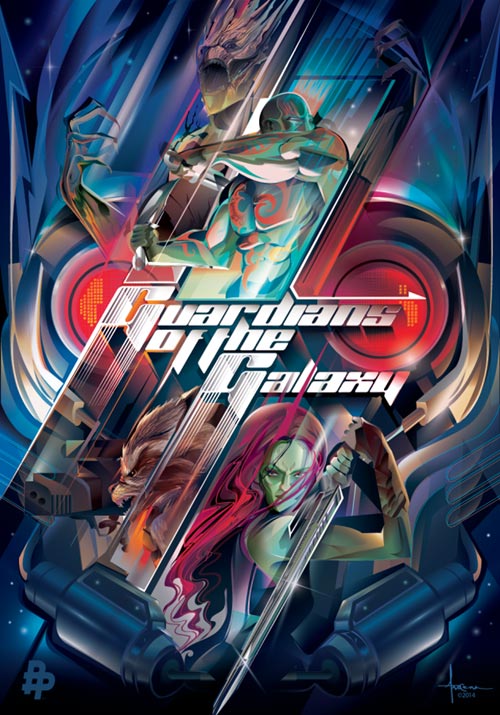 “GUARDIANS OF THE GALAXY” by ORLANDO AROCENA

A lot of cool art came out of the Poster Posse’s Guardians of the Galaxy project (there’ll be more on this list) and Arocena’s is definitely a stand out for me. His sharp vector style and affinity for vibrant colors capture the film’s tone perfectly. – Kevin Burke

See PHASE 1 and PHASE 2 of our project

“GUARDIANS OF THE GALAXY” by MARIE BERGERON

I told you there’d be more. Bergeron dropped the needle somewhere right between “Sixties sci-fi novella cover” and “independent comic book” and the result was awesome. – Kevin Burke

See PHASE 1 and PHASE 2 of our project 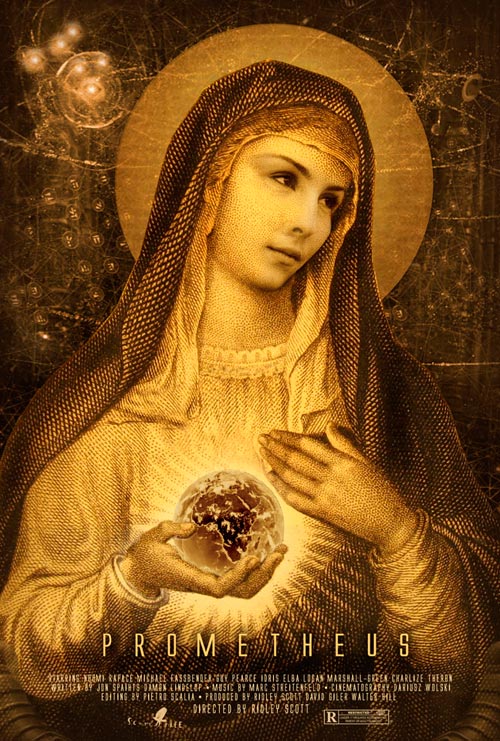 When I saw Prometheus in theaters with friends some loved it, some hated it. The only thing that was for sure was that everyone was deconstructing the ideas that it presented, and Hopko captured that perfectly early in the year with this rad piece for Hero Complex’ “Imagined Worlds” show. – Kevin Burke 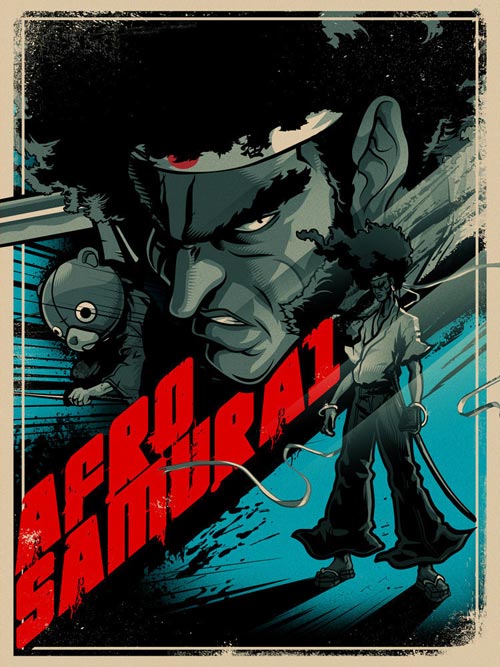 I was amazed to hear from Paul that he hadn’t seen Afro Samurai until he watched it as inspiration for this print, because it looks like it was made by a long-time, obsessive fan. This is Paul’s best work since his Back to the Future (which is saying a lot) and his cross-hatched, jagged style nails the tone of the anime classic, one of my favorites as both a kung fu and animated movie lover. – Kevin Burke 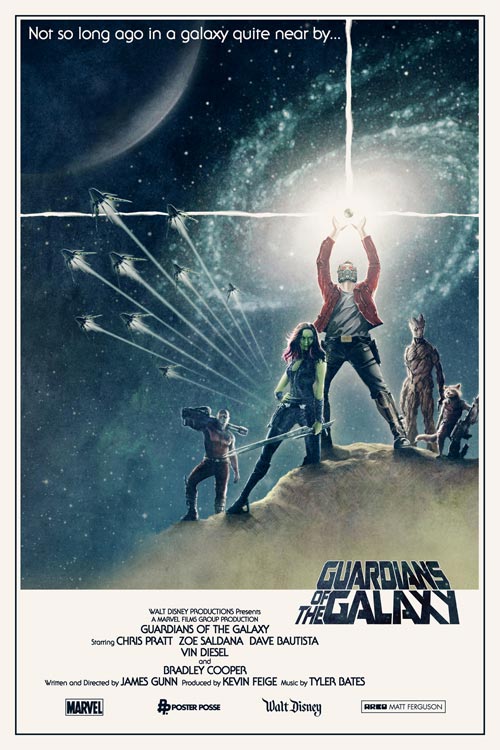 “GUARDIANS OF THE GALAXY” by Matt Ferguson

Guardians of the Galaxy sure as hell inspired some awesome work this year, and this is another print that I can guarantee you will end up on a lot of other lists. The always-talented Matt Ferguson blew people away with this Star Wars-inspired design and deservedly captured the attention of a lot of new fans. – Kevin Burke

See PHASE 1 and PHASE 2 of our GOTG project