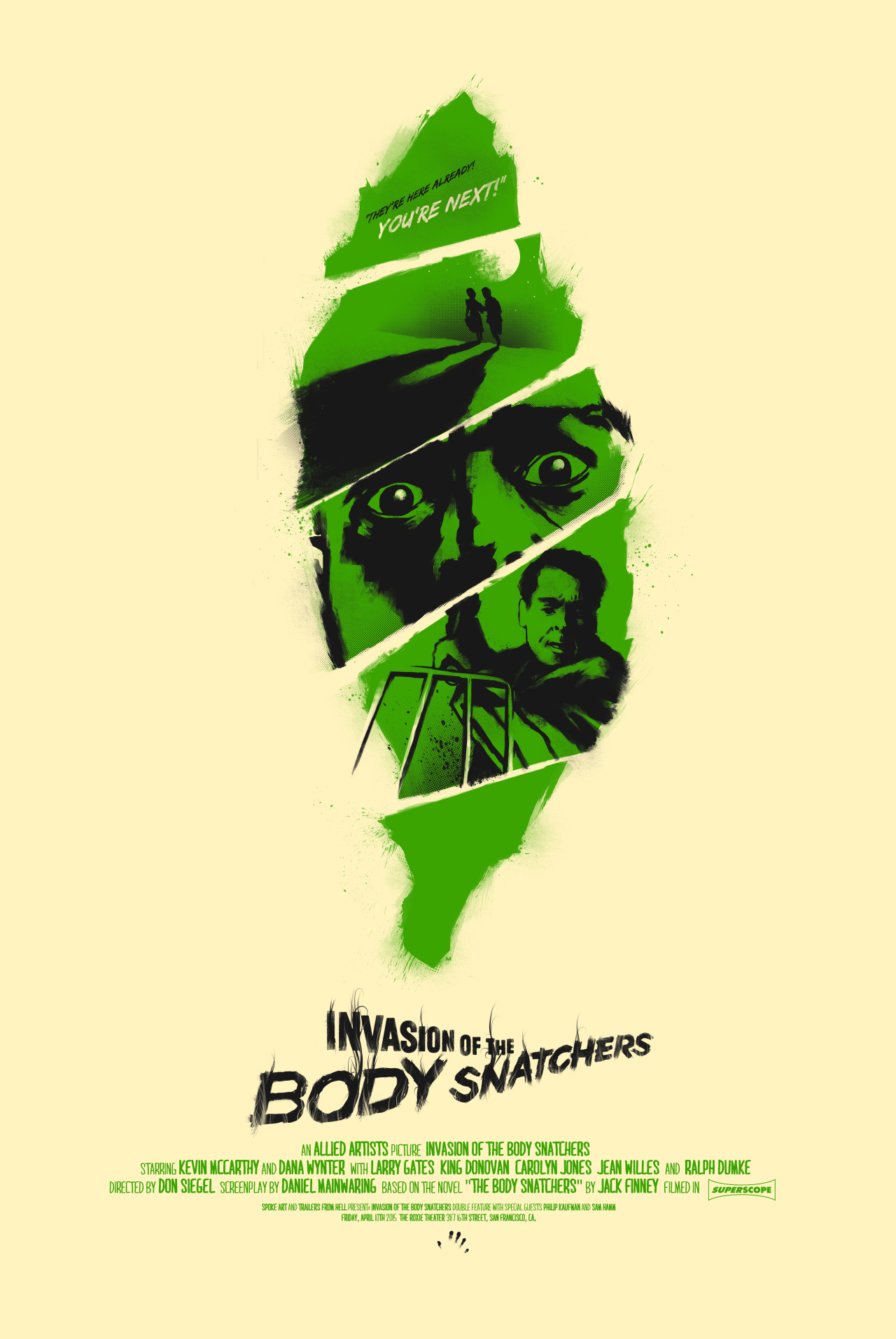 Recently, Spoke Art and Trailers From Hell held a fantastic double screening up at the historic Roxy Theater in San Francisco.  The movies were the 1956 and the 1978 versions of the sci-fi classic, “Invasion of the Body Snatchers.” Director of the 1978 version, Philip Kaufman, was on hand to answer questions.  Personally, I’m glad I couldn’t make it.  At the ripe old age of 12, the 1978 version with Donald Sutherland, Leonard Nimoy and Jeff Goldblum REALLY messed with my mind.  I was, and still am, haunted by that image of Sutherland at the end as the camera comes in close, he slowly points at Veronica Cartwright and screams, thus signaling that all hope is lost, he has been “compromised” and that the end is inevitable.

Artist David Moscati did the honorable thing and spared me any further mental anguish and turned in a brilliant print for the 1956 version of the film.  (That film left me unscathed so I will gladly share David’s work with you.) 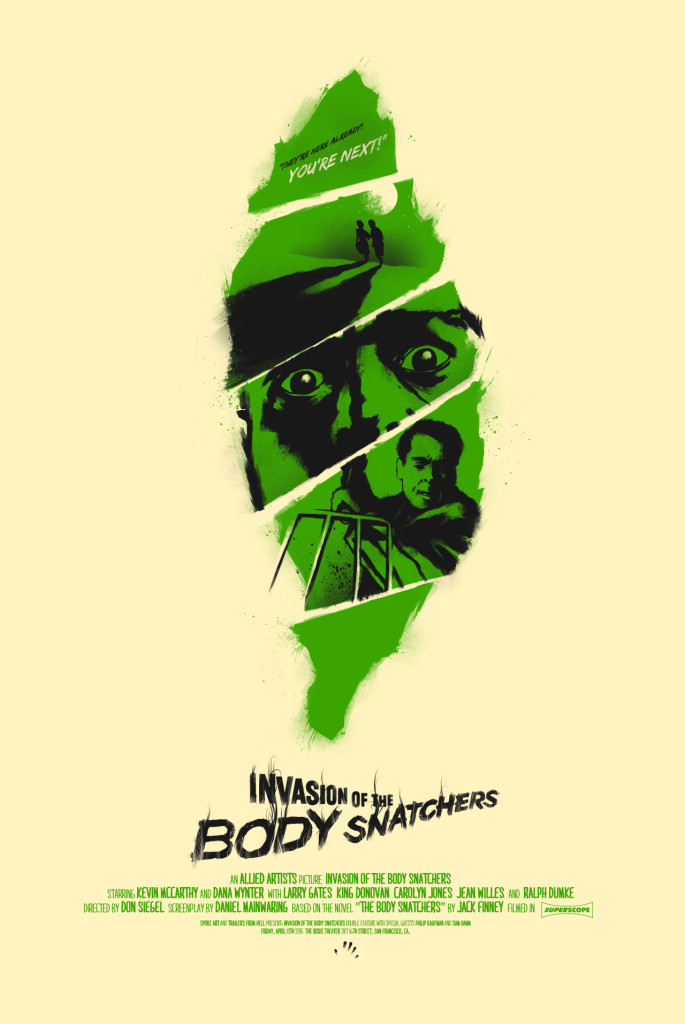 Chuck Sperry obviously has it in for me because he turned in a print for the 1978 version, or as I call the film, “The one I refuse to watch alone.” 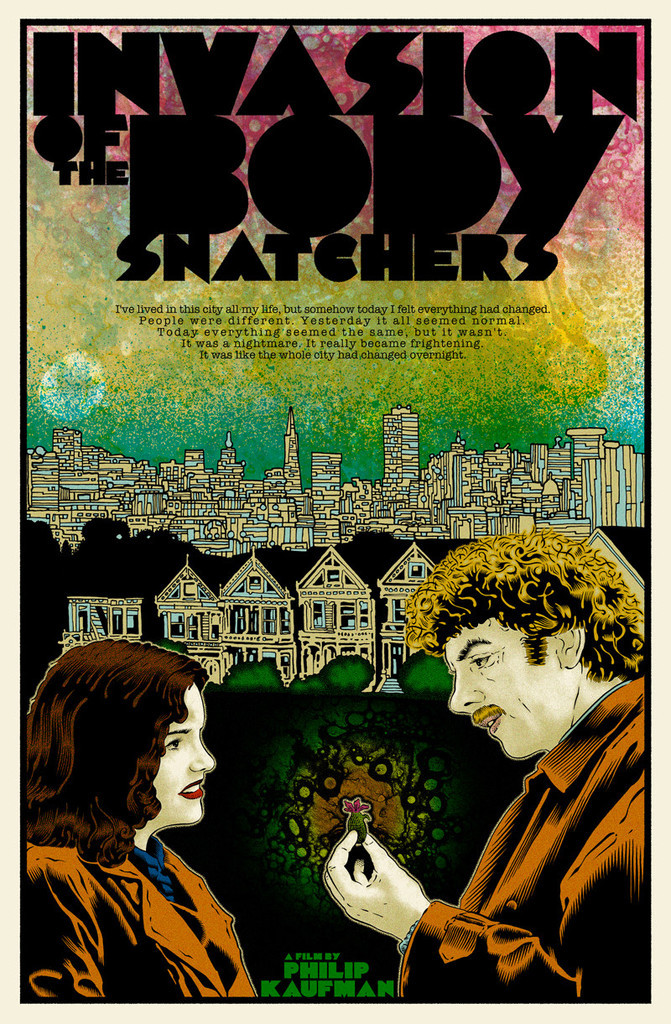 Chuck Sperry – “Invasion of the Body Snatchers 1978”
six color screen print
signed and numbered by the artist
edition of 150
21″ x 32″
SOLD OUT!

Be sure to follow BOTH artists VIA the links below.