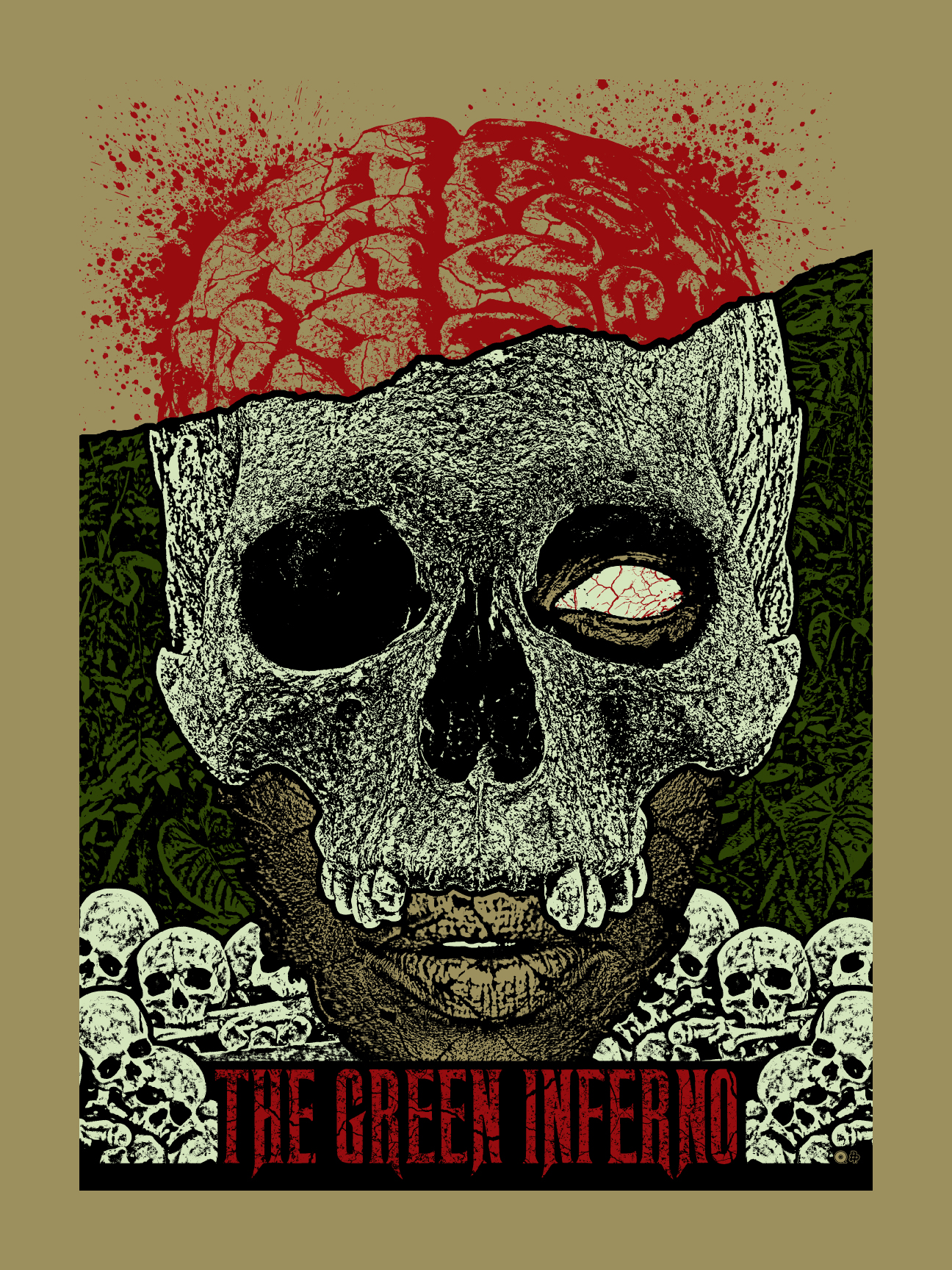 All through the month of October we will be sharing horror based work from the group and today we start it off with the latest and greatest from Chris Garofalo.  Chris is what we call a “connoisseur of horror” so he looks forward to October every year.  His latest piece pays tribute to Eli Roth’s new cannibal horror film, “The Green Inferno.”

“New York college student Justine (Lorenza Izzo), a lawyer’s daughter, meets a student activist named Alejandro (Ariel Levy) when he goes on a hunger strike on behalf of underpaid janitors. Smitten, Justine agrees to help Alejandro undertake his next project: to save the Amazon. She soon learns to regret her decision when their plane crashes in the Peruvian jungle and she and the rest of their group are taken captive by a tribe of hungry cannibals.” 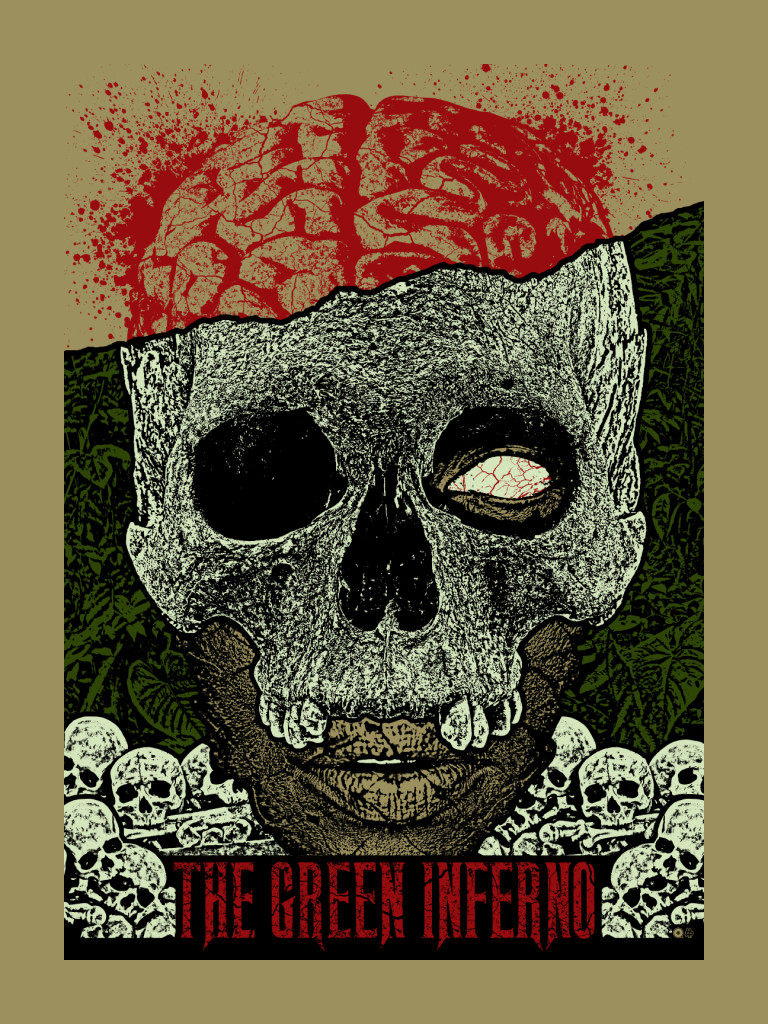 This one is not for the faint of heart and it’s clear to see why it has a hard R rating.  Of course this has not scared Chris away from creating a fantastic, creepy print that, much like the film, will haunt you for many sleepless nights. 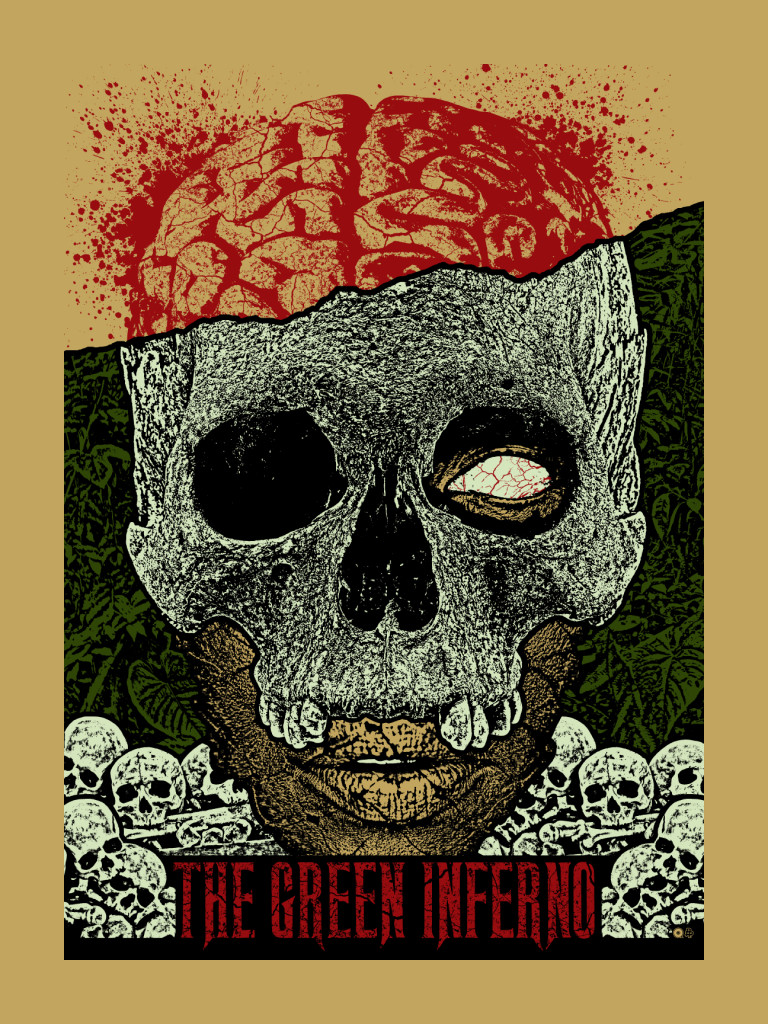