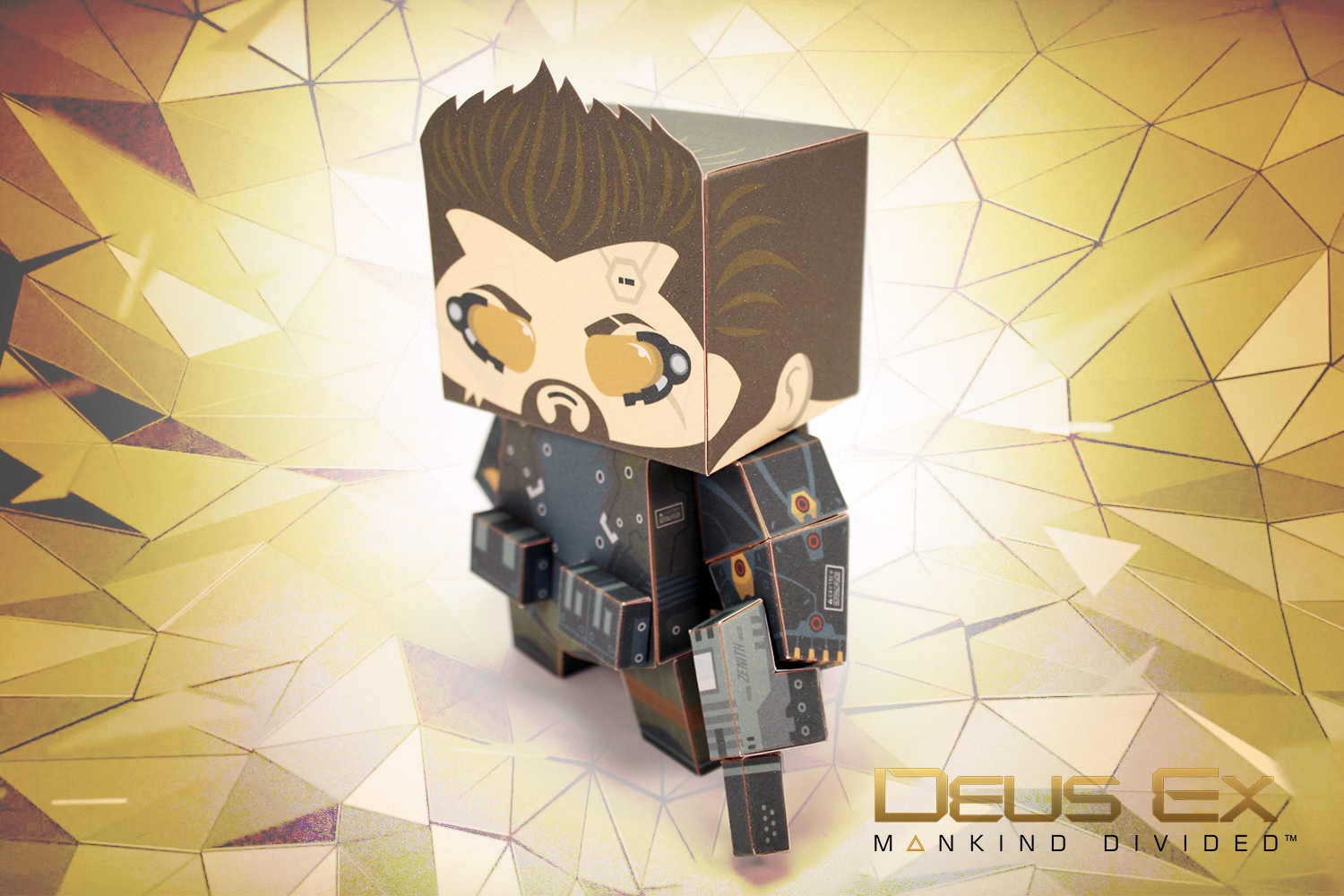 Calvin Lin creates cool pop culture paper figures and machines and ….we love them all.  He has just released a NEW figure as part of his Popfold Game Series and it rocks.  This time out he has taken us into the world of Deux Ex: Mankind Divided and given us a figure for the video game’s kick-ass hero, “Adam Jensen.”  With over 96 MILLION Twitter followers, it’s safe to say that the Deus Ex franchise is beloved by fans.  What’s not to love, it has the Illuminati, fantastic technology, tons of action and a cyberpunk vibe that keeps fans coming back for more with each release. 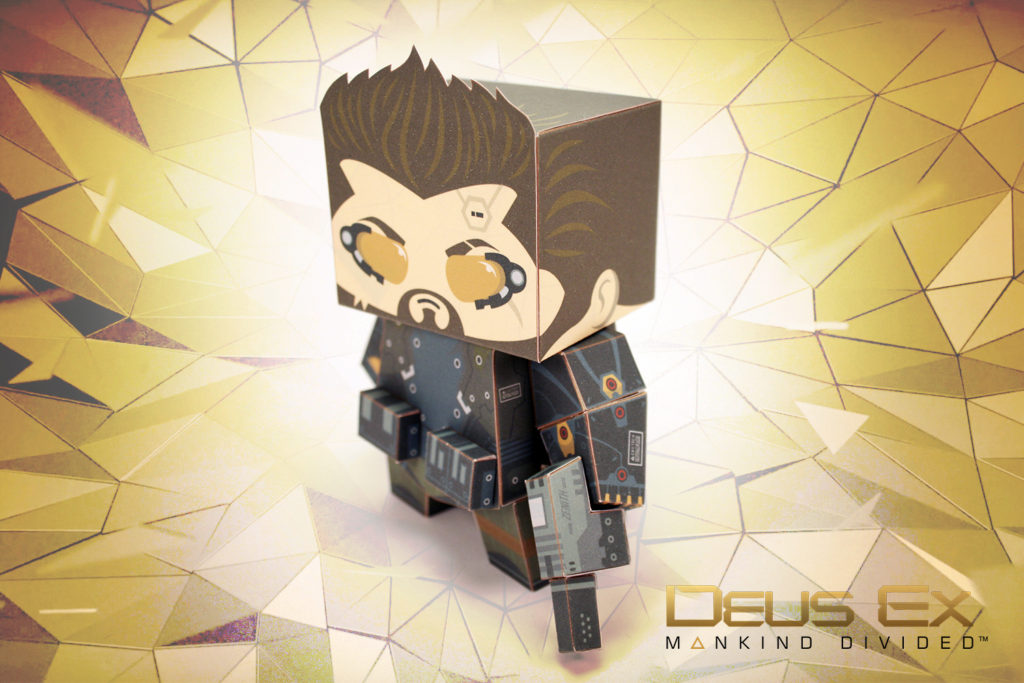 Here are a few words from Calvin and a look at his Adam Jensen figure.

Adam Jensen is one of the most ICONIC characters in recent times, sporting the most AWESOME pair of shades in existence. But at the same time he is a complex character set in a believable world that is a possibility for our own future as a species – when humankind can be mechanically augmented to surpass our biological limitations. The recent Deus Ex game sets up an amazing near-future world that presents thoughts about science and how it could be both a source of salvation and detriment to mankind. You play as Jensen and tackle your numerous enemies either through lethal or peaceful means – it’s all about YOUR choice and how you personally would act if you were in his shoes. It’s super interesting how you would morally act with your augmentations, whether to use your powers as a ruthless killer or avoid conflicts altogether to achieve your goal. There’s very few games these days that let you do things like that. 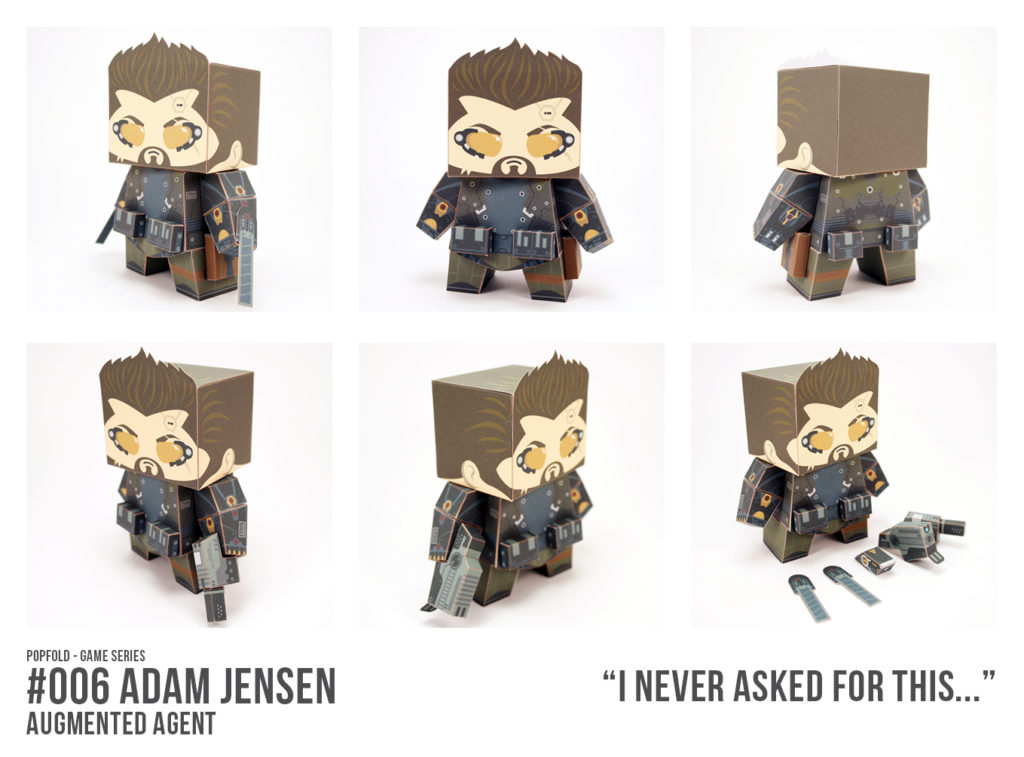 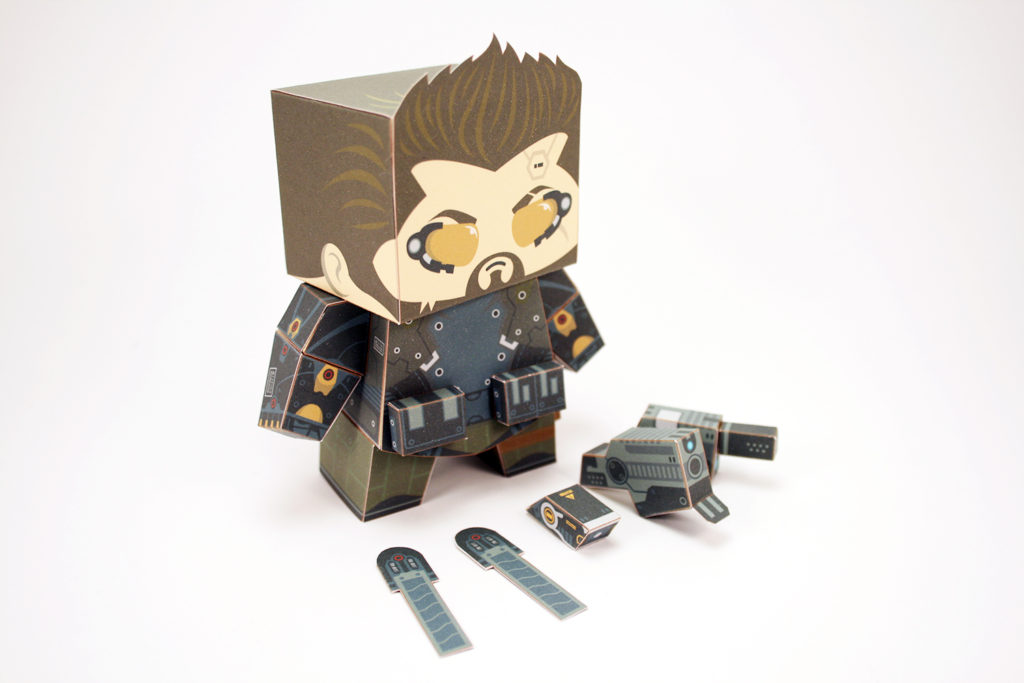 As with all of Calvin’s Cubefold figures, the Adam Jensen figure is FREE to download!  CLICK HERE to head over to Calvin’s CUBEFOLD website and download ALL your favorites and let the crafting begin.  Be sure to follow Calvin via the following links to find out what and when his next release will be.